Erin Reynolds has created her horror game Nevermind so that she can figure out just how scared you get while playing it — and then she also gives you the tools for calming down and taking back control of your mind.

The title uses biometric feedback technology to detect your levels of stress while playing. When you become scared or anxious, Nevermind will dynamically respond to your feelings of stress.

Reynolds showed off the game at the Intel Developer Forum last week. She did so because the game makes use of the Intel RealSense camera, which can use its sensors to measure your heart rate. I saw a demo of the game at IDF.

Reynolds started on the game in 2012 at the Interactive Media Program for graduate studies at the University of Southern California. She wanted to create positive games for traditional gaming audiences. Her team worked on Nevermind, creating a single level. Then they dispersed after graduation. A year after that, she quit her job and started a new company to fully build out Nevermind because her heart was still there. In the game, you go on an adventure where you must explore strange worlds and solve puzzles. Those puzzles reveal a traumatic experience trapped in the character’s subconscious. 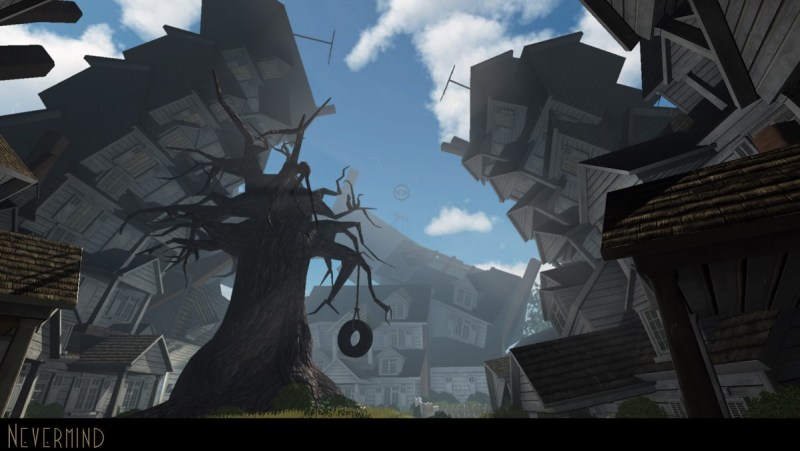 Above: Nevermind is coming out this fall on Mac and PC.

The game will debut on various platforms this fall. On the PC, the game will make use of biofeedback technology. The Intel RealSense camera can detect your heart rate with the sensors built into the camera. Reynolds said that is much more convenient than wearing a chest strap to monitor your heart rate.

“As you become more scared and stressed, the game will become harder,” Reynolds said.

For instance, as you get more stressed, a room flooded with water will fill with more water. If you calm down, the water level in the room will drop.

“It helps you identify trigger points for stress and what helps you calm down,” Reynolds said. “For some people, that is breathing deeply.”

Most horror games actually try to get you all worked up and anxious. Nevermind takes the extra step of providing you with the tools for calming. It also has some areas where you can “zen out,” Reynolds said.

Those elements of the game can help you understand what causes you stress and how you should deal with it. Over time, Nevermind could become a therapeutic tool for those who suffer from post traumatic stress disorder (PTSD).

After playing with the game for so long, Reynolds doesn’t get as scared playing her own game any more. She said, “I think about my email inbox and that triggers it.”

Flying Mollusk is a small company, with four employees and a lot of contractors. The game has three levels now, and it will last about three hours. It is available now on Steam Early Access. Flying Mollusk is targeting the game at Windows, Mac, Xbox One, and Oculus Rift. 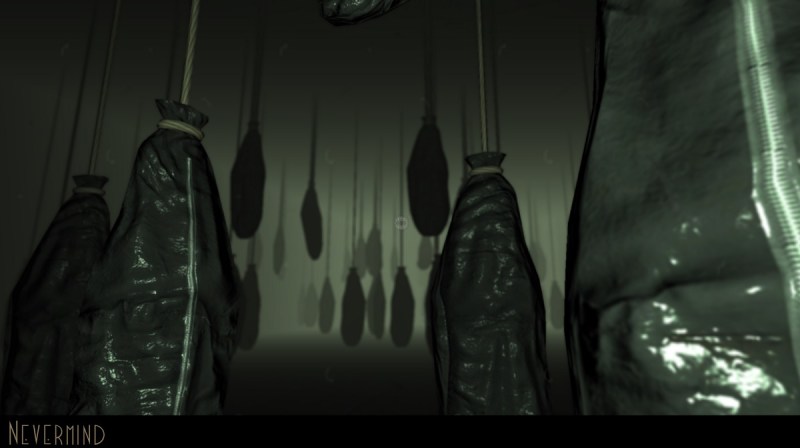 Above: Nevermind is a horror game that can monitor your reaction.