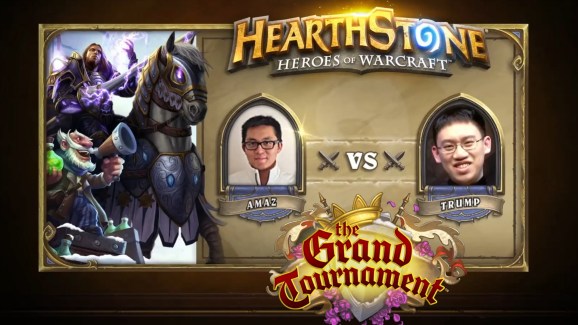 A warm-up for the the Olympics?

An online gambling company is offering odds of 99-to-1 on the card-battler Hearthstone becoming a Winter Olympic sport.

The Malta-based Betway is getting into esports gambling and is taking bets on competitive matches of games like Dota 2, StarCraft 2, and Counter-Strike: Global Offensive. It’s also offering odds on which esports will make it to the Winter Olympics in 2030. Competitive gaming is a $621 global market, and so it’s natural that gambling companies like Betway and Unikrn — which is hoping to bring esports betting to the United States — see potential there to make money.

“Hearthstone has well over 30 million players and is a growing force in esports,” Betway’s Alan Alger told Eurogamer. “There are many Winter Olympic sports that don’t have participation figures of even a tenth of Hearthstone’s.”

Alger explained that a sport needs to be widely practiced in no fewer than 40 countries and on three continents in order to be considered for the Olympics. “Hearthstone ticks both boxes with ease,” he said.

“We feel that Hearthstone to be part of the 2030 Winter Olympics isn’t out of the question,” he added. “In fact, odds of 99/1 are probably far too generous.”