Not all Mega Men are created equal.

The Mega Man Legacy Collection (check out our review here) gave me an excuse to play through the NES classics Mega Man 1 through 6 again. With all of them fresh in my mind, I figured it would be a good idea to rank them. 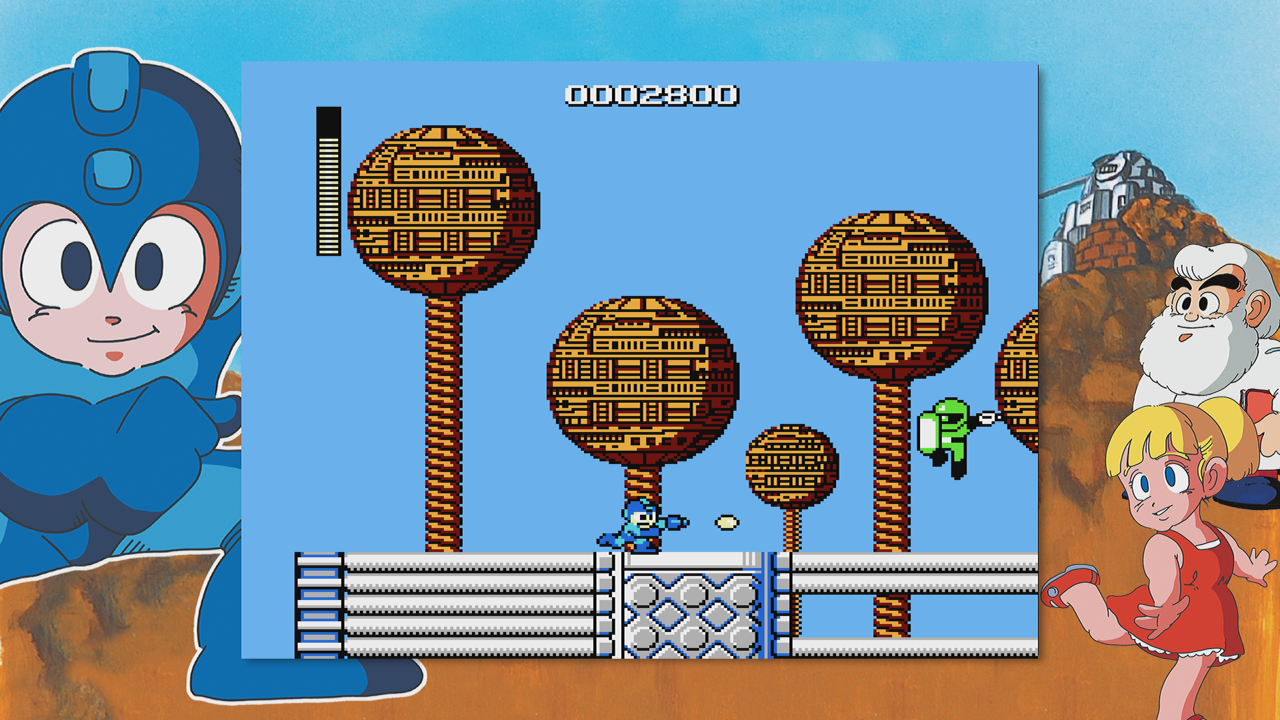 Above: The original Mega Man.

Yes, I’m saying that the original is the worst of them. It’s still a good game. If it never had any sequels, I’m sure we’d all easily call it one of the greatest NES games. However, it has a lot of flaws that its successors fix. Notably, controlling Mega Man is a lot more slippery than in later games. While future games have precise movement, Mega Man tends to slide an extra step or two when he stops running. This is especially annoying in a game with a lot of instant-death pits and spikes.

Also, while Mega Man games are known for their difficulty, the original is too tough. It doesn’t have E Tanks, so you can’t refill your health in the middle of a level. In fact, without the help of a glitch (you can pause and unpause the game in rapid succession to make one of your attacks hit some bosses multiple times), I’m not sure I could finish it.

It’s easy to forgive Mega Man. It was the first, so of course the sequels would be more refined. The original laid the groundwork for an incredible series. But today, it’s the least enjoyable one to play. 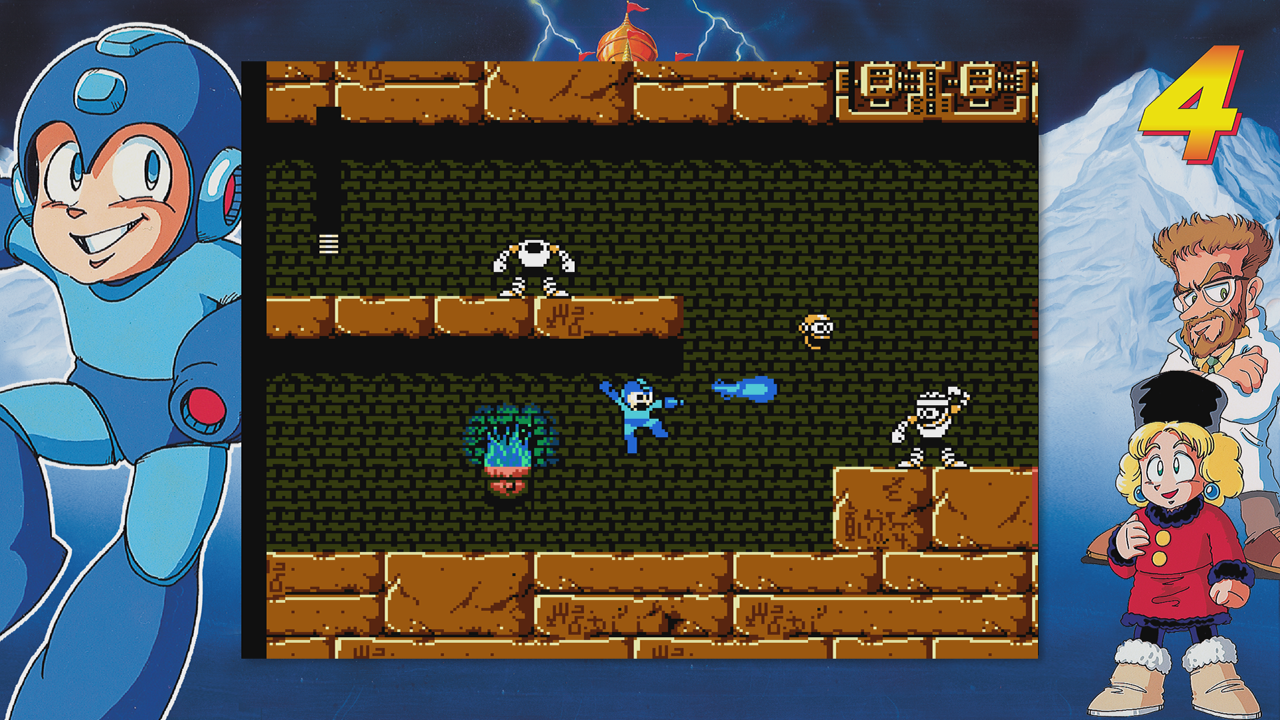 Mega Man 4 introduces the Mega Buster, which actually was a big mistake. In previous games, Mega Man’s default weapon was a simple gun that shot out small pellets. The Mega Buster let you charge up that normal attack for a stronger punch. Sure, it’s satisfying and convenient, but it kind of kills the whole point of collecting new weapons from defeated bosses.

This is also when some of the Robot Masters begin to feel a little … well, stupid. I mean, Toad Man? Dust Man? Those names don’t exactly fill the soul with fear. OK, neither did Bubble Man, but at least his stage has cool music. But this entire soundtrack is pretty forgettable as far as Mega Man games go.

Mega Man 4 is by no means bad, but it was the first time the series began to feel a bit stagnant. 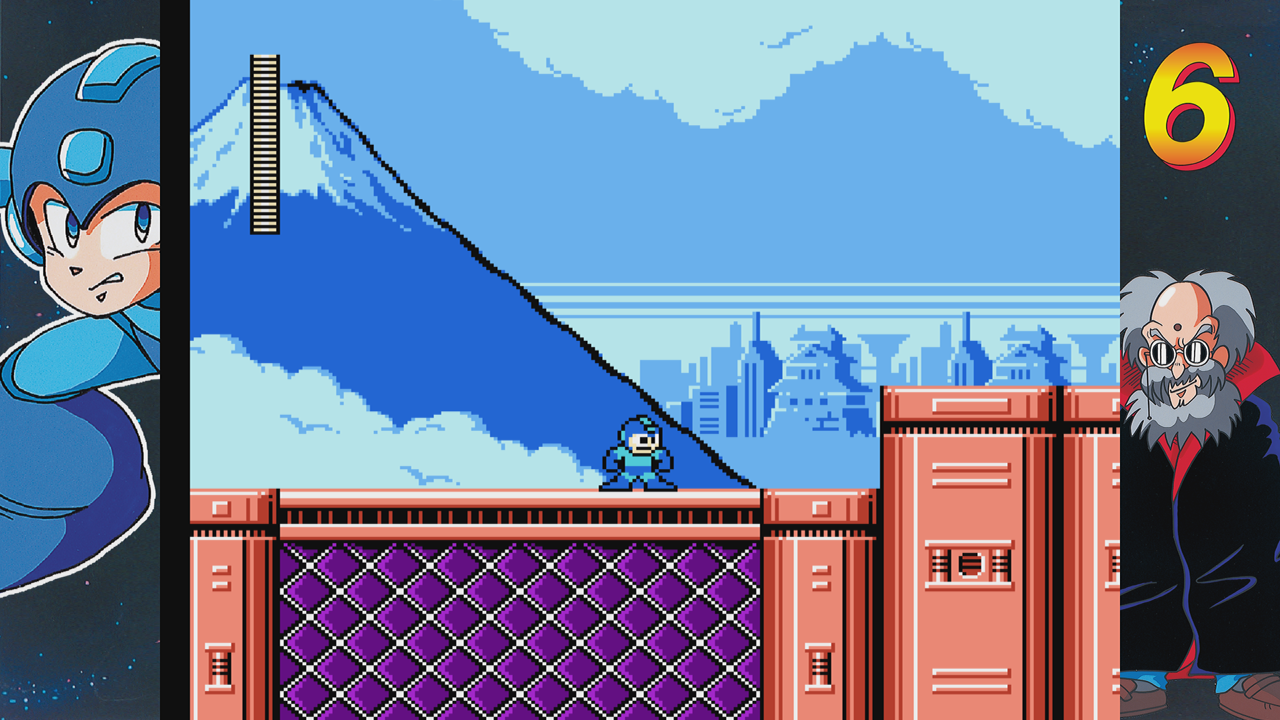 This was the sixth Mega Man game to come out on the same system, so Capcom wisely added a new feature to make it feel a little fresh. Specifically, Mega Man could equip one of two suits; one with a jet pack that let him reach new heights and a power suit that gave him a strong, short-range attack that could break certain objects.

Just like with the Mega Buster, these suits further made the Robot Master weapons useless, but at least they’re fun. The jet is satisfying, since it flies you past enemies and helps you reach secret areas.

Still, this game couldn’t escape the sense of familiarity that was beginning to damage the franchise. However, it’s definitely the best-looking game of the NES bunch. Capcom definitely knew how to get the most out of the NES hardware at this point. 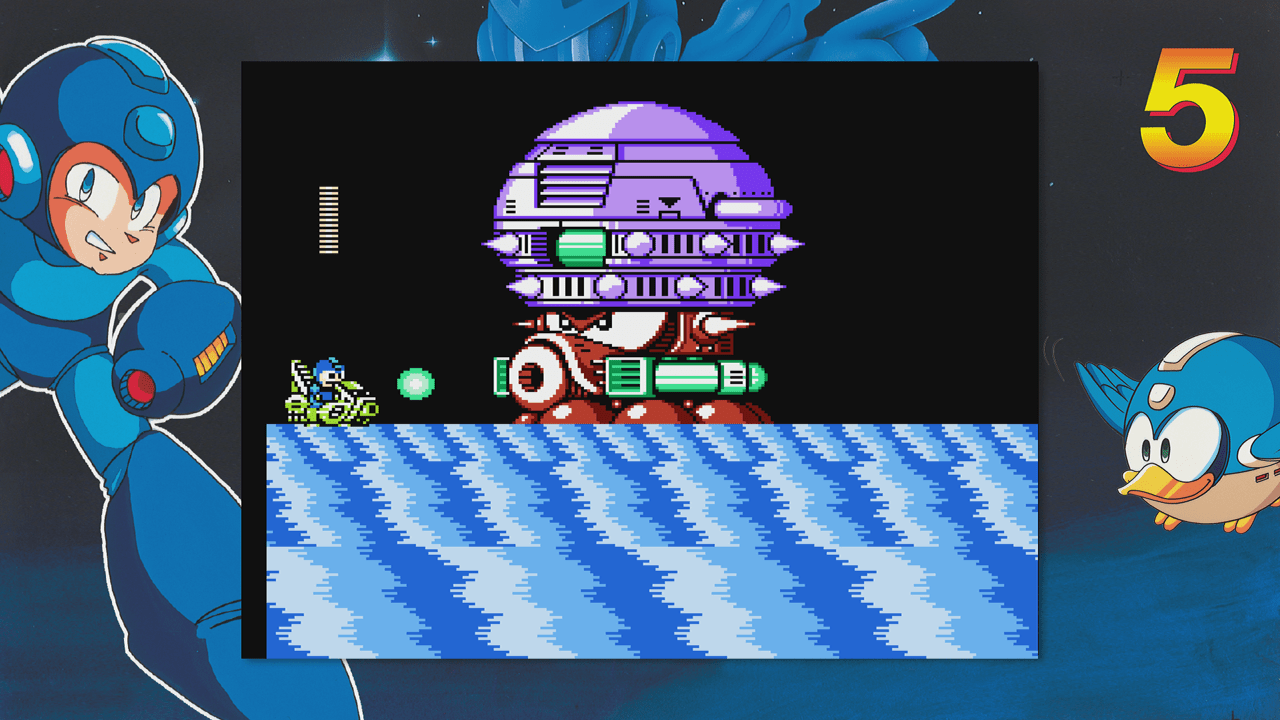 Mega Man 5 is pretty similar to Mega Man 4, but it’s better in almost every way. The Mega Buster got an upgrade, making it larger (and thus easier to hit enemies with). Also, this one has some really interesting levels, especially Gravity Man’s, which changes Mega Man’s orientation from the floor to the stage’s roof.

Each level also had letters in it that would spell out Mega Man V, with one letter hidden in each level. Collecting them is fun, and the game rewards you with Beat, a robot bird that seeks out and damages enemies, once you find them all. Beat is also the easiest way to kill the game’s final boss.

Mega Man 5 still has the same problem as Mega Man 4, where the Mega Buster makes a lot of the Robot Master weapons irrelevant. But at least Mega Man 5 features more memorable levels. 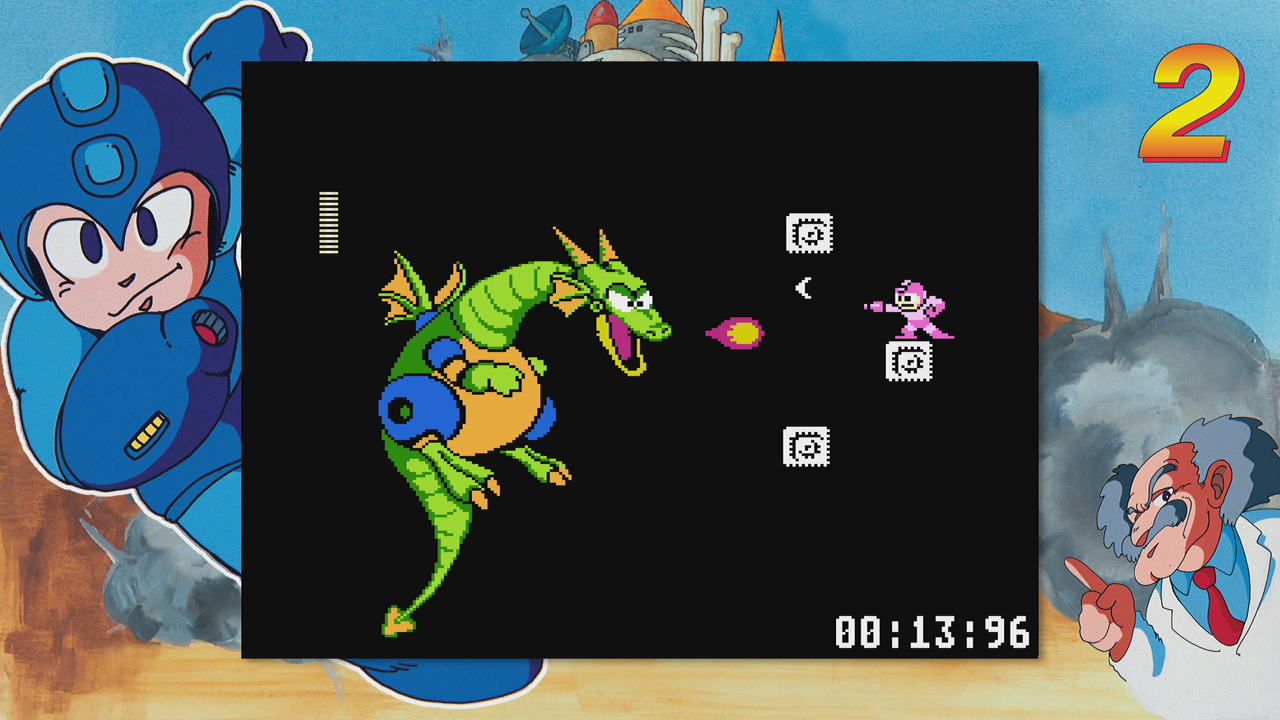 Mega Man 2 took everything about the original and made it better. You have eight Robot Masters instead of six, platforming and moving is less slippery and more precise, the Robot Master weapons are better and more fun to use, and the soundtrack is one of the most memorable in gaming history.

This is the game that really made Mega Man an NES standard. It’s actually remarkable how many of the series’ best-known Robot Masters come from this game, including Quick Man, Wood Man, Bubble Man, and Metal Man. It also includes the greatest Robot Master weapon ever, the Metal Blades, which you could shoot in eight directions. They are also incredibly powerful, strong against a lot of bosses, and would hit multiple enemies. OK, maybe they are a little overpowered, but they are so much fun to use.

This is also the first Mega Man game to have a boss re-fight section that let you choose the order, which was much more satisfying than Mega Man’s linear, fragmented rematches.

My favorite Mega Man, and one of my favorite games ever. Like Mega Man 2, it features great level design, memorable Robot Masters (like Snake Man, Shadow Man, and Magnet Man), and one of the greatest gaming soundtracks of all time.

However, it also added some great features. Mega Man could now slide, which let him dodge certain enemies and projectiles. It also made him move faster, which was great for players looking to beat the game as quickly as possible. Mega Man 3 also introduced Protoman, Mega Man’s mysterious brother who always announced his arrival with an awesome melody.

This was also the first game to add extra levels besides the Robot Master stages and the ones in Dr. Wily’s castle, making it a longer experience than Mega Man 2. And don’t forget Rush! While Mega Man 2 had items that let you fly across and above stages, Mega Man 3 gave you a robotic dog that could transform into a jet or submarine. A dog submarine. How could you not love that? Mega Man 3 also predates the taint of the Mega Buster, so you’ll still want to use useful Robot Master weapons like the Shadow Blades and Magnet Missiles.

This is when the series peaked, and it’s still my favorite game in the whole series to play. If you were going to just play one of these games, I’d urge it to be Mega Man 3.