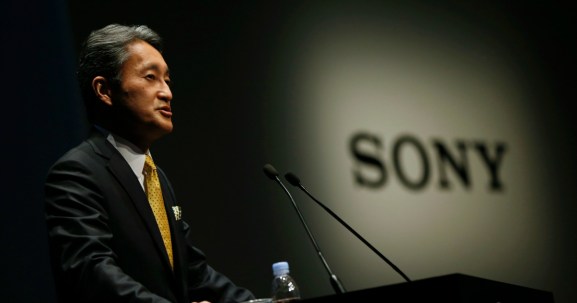 The buzz surrounding Sony’s unveiling of a drone prototype Monday — the fruit of a joint venture called Aerosense between Sony and Tokyo-based startup ZMP — was the latest sign that the company’s turnaround attempts are continuing to gain traction in the markets.

Just last month, Sony reported that profits tripled in Q1 after six years of losses. A renewed focus on its chip sensors and video games business seems to be paying off.

Investors seemed to share that optimism today as Sony’s stock rallied early — rising over 6 percent — the biggest intraday movement since February, though it traded lower in the day as a wide range of Asian tech stocks fell. The initial surge seemed to indicate that investors were finding reason to be optimistic about Sony’s future again.

Nintendo also rebounded strongly, up 7.5 percent over the same period, and Panasonic gained 2 percent. But some of the gains were short-lived. By late afternoon in Tokyo, Panasonic sunk back to nearly 4 percent below its opening, and Nintendo lost much of its gains, though it was still up 2.5 percent.

The drone unveiling makes Sony just the latest major tech company to enter the space in a big way, with the likes of Amazon, Facebook, and Google all testing their own drones. Aerosense’s differentiator is supposed to be around its focus on business/enterprise customers, with services such as the inspection of aged infrastructure and surveying of difficult-to-access land.

While the drone prototype looks like a miniature airplane, it will in fact take off and land vertically, and can stay airborne for more than two hours. It is expected to start offering services in early 2016, and be able to carry objects weighing up to 22 pounds at max speeds of 106 mph.

You can check out Aerosense’s official flight video below.