After promising all summer to launch its Twitch competitor, YouTube is finally getting into the game.

YouTube Gaming, the video site’s centralized hub for everything related to video games, launches tomorrow. This will give fans one place to get live and recorded content about the biggest, smallest, and most popular games. That’s because YouTube Gaming automatically populates with all gaming content from the site’s huge community of video creators. On top of consuming content, YouTube Gaming is also about enabling gamers to create more videos, as Google promises to make it easier than ever for people to livestream their games.

Gaming is among the most popular video-content categories on the Web. It is second only to music, and the top channel on all of YouTube is the screaming game player PewDiePie. YouTube has made a lot of money putting ads in front of those kinds of videos, but — in some areas — it has fallen behind upstart Twitch. But this YouTube Gaming initiative is largely about finding ways to catch up to (and surpass) that Amazon-owned competitor.

To help establish YouTube Gaming as a brand of its own, Google is launching the hub online as well as on mobile. If you have an Android or iOS device, you can download the YouTube Gaming app from Google Play or App Store starting this week.

If you’re wondering what kind of experience you’ll get from those apps, YouTube explained that it’ll serve up more than 25,000 gaming pages. It’ll curate what each person sees based on the games and channels they like and watch. 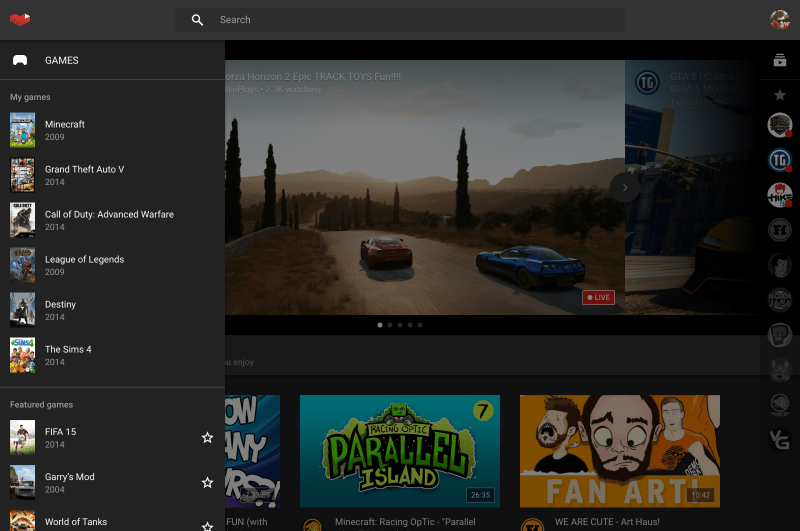 In addition to the aforementioned app, YouTube is also trying to raise its profile among gamers by showing up to conferences and fan events. It already had a large booth and a number of major guests at the Electronic Entertainment Expo trade show in June. Now, this weekend, it is doing the same at the Penny Arcade Expo in Seattle. YouTube Gaming will have a full booth and stage show featuring some of its biggest content creators and partners.