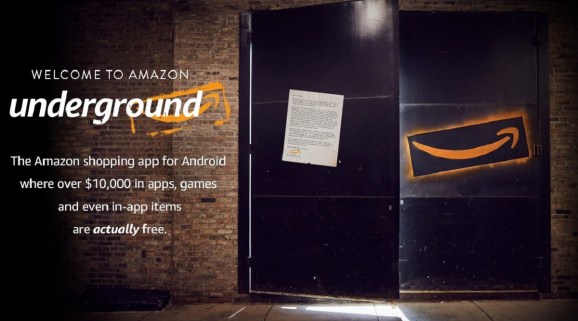 The Amazon Underground app for Android launched today with a new business model. The in-app items, which are usually available for purchase, are available for free in the games and apps available in Underground. Amazon will compensate the developers based on pay per usage.

If the new model takes off, it could provide an interesting path to revenues for companies that are struggling with microtransactions in the free-to-play business model, where players can get a game or app for free and then pay for in-app items. Amazon said it is offering $10,000 worth of apps and items for free through Underground.

“Many apps that are marked as ‘free’ turn out not to be completely free,” Amazon said. “They use in-app purchases to charge you for special items or unlock new features or levels.”

Under this new model, Amazon is paying app and game developers a certain amount on a per-minute-played basis in exchange for them waiving their normal in-app fees. Amazon is marking the apps and games with an “actually free” banner. You have to download the Underground app directly from Amazon, as Google Play does not allow apps that include other embedded apps or games. Underground apps and games are automatically available on Fire HD and Fire HDX tablets. Amazon said the Underground app is a long-term project, and not a one-time promotion.