Samsung’s new Galaxy Tab S2 tablet isn’t the coolest looking tablet on the market, but it is thin and sleek, pretty powerful, and comes with some nice software onboard. 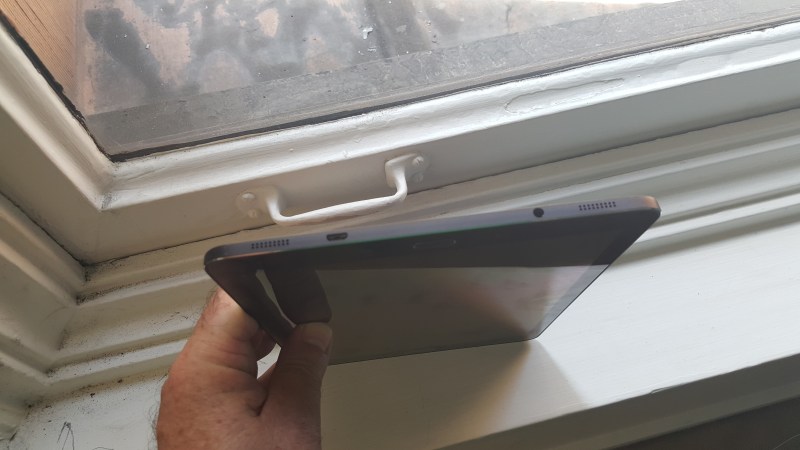 The S2, the new flagship in Samsung’s tablet line, became available for preorder today and will go on sale in the U.S. September 3. Samsung was kind enough to loan me a tablet to play with today, and my first impressions were overall pretty good.

The first thing you notice is that the tablet (I played with the 9.7-inch version; there’s also an 8-inch version) is very light at 13.8 ounces. It’s also very thin at 5.6mm — 16 percent thinner than the last Tab. The tablet I tested was all black with a thin, bevelled silver line running around the front edge of the device. The tablets also come in white and gold. 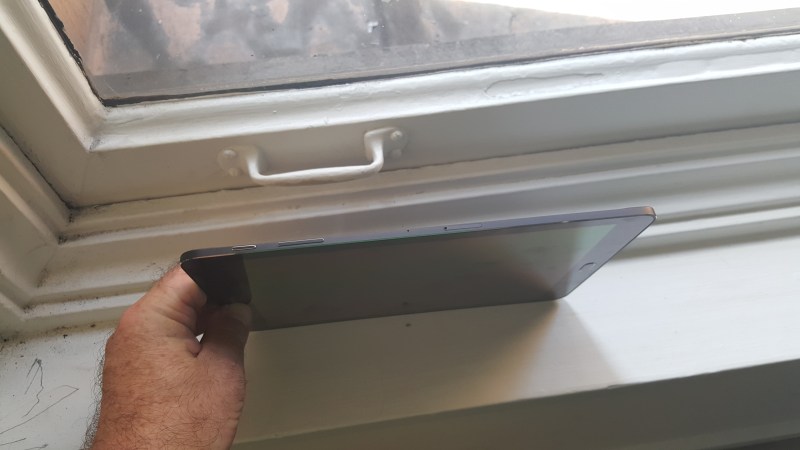 Above: Side view shows the power button, volume rocker, and microSD slot.

The 4:3 aspect ratio display looks great. This is expected in a flagship tablet from Samsung, which leads the industry in display technology. The Super AMOLED shows colors in both still images and videos that are rich and vivid. Text looks sharp (but not too sharp) and well-defined. Above all, the display is bright and pleasing to the eyes. 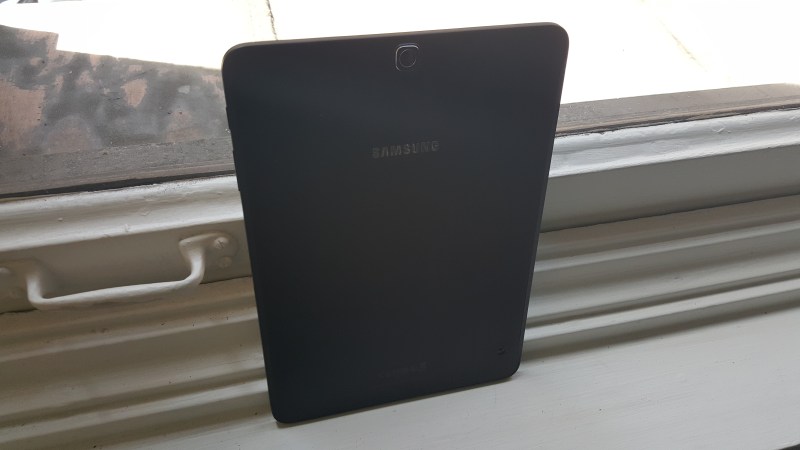 Above: Back view shows the 8-megapixel camera. 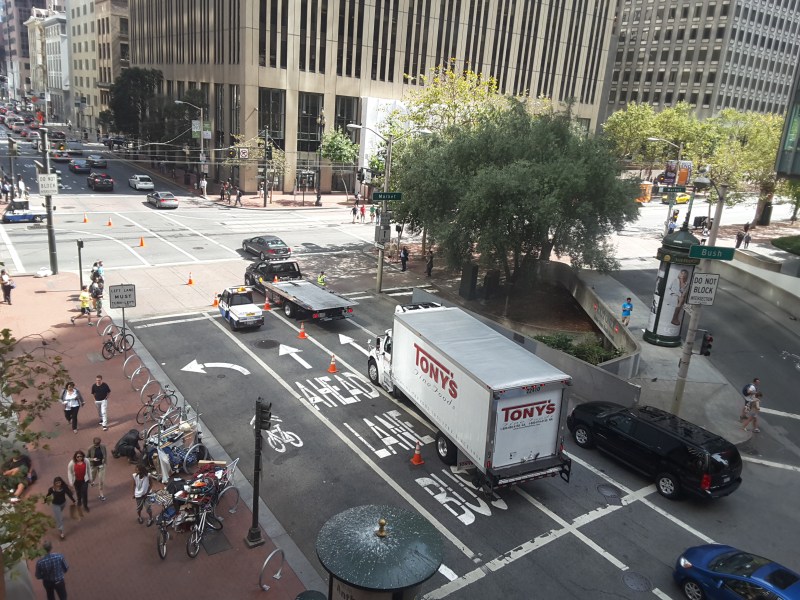 The tablet comes with 32GB of standard memory, and is expandable up to 128GB with the microSD memory card. Samsung execs said in a press briefing that it looked at how individuals used tablets in the office, and did a survey with other people, which revealed that people are storing things in the cloud, not on the device. So 32GB should be adequate, Samsung said. 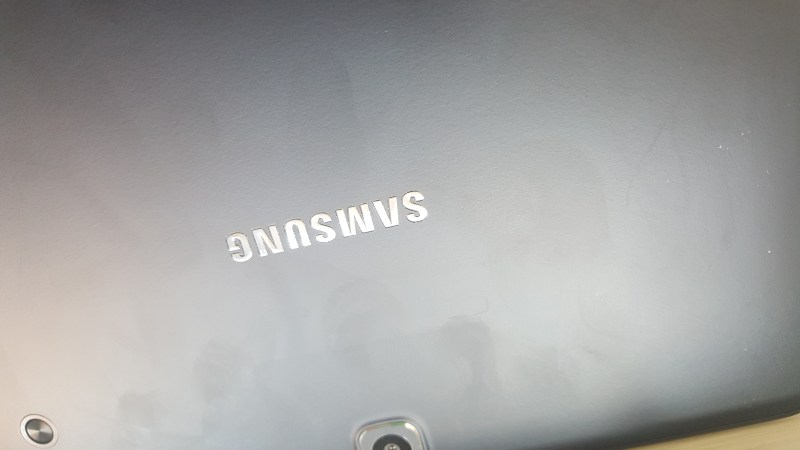 One of the main selling points of the tablet is the multi-tasking functions it offers, with the Octa-core processor to make it work well. I tested the feature by streaming some video and reading email simultaneously, and was satisfied with the performance. I saw no drag in the email app, and no drag, pixelation, or audio-video syncing problems in the video. However, I noticed that the OS does not allow you to multi-task some of the more processor-intensive apps at the same time; for example you can’t stream video and play a game simultaneously. 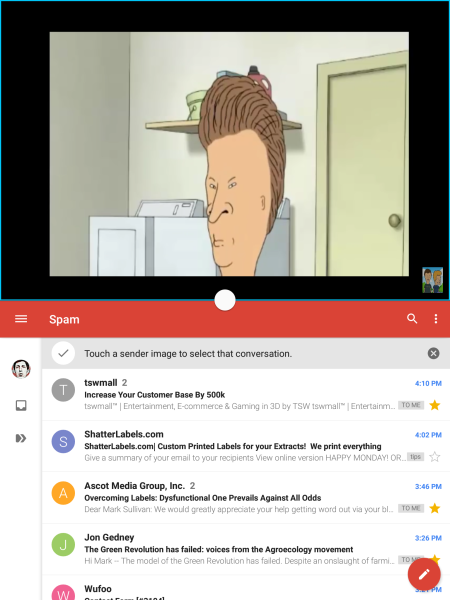 Another selling point is the fact that the tablet comes with a small suite of Microsoft apps. They include Microsoft Word, Excel, PowerPoint, and OneNote. Actually, when you tap on the Microsoft apps you’ll have to download an update before they’ll run, but it doesn’t take long on a Wi-Fi connection. 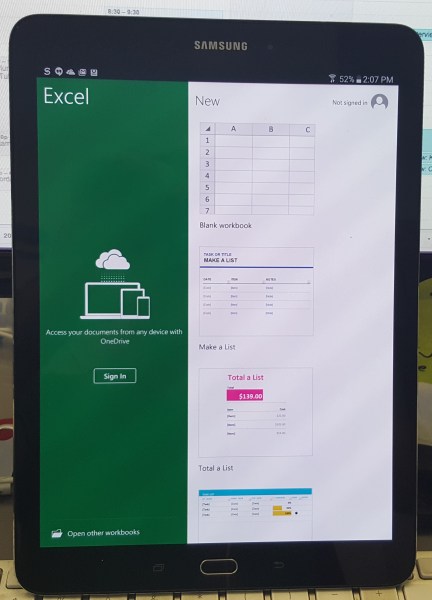 I came away impressed after my first hour of using the new Tab. I liked the svelte design and appreciated the new multi-tasking functions. I doubt these features would be enough to get the owner of the last generation Tab to upgrade, but it seems worth the price for someone who doesn’t already have a tablet. And I think the S2 might provide a user a few years of use before having to trade up. The 9.7-inch tablet I tested might be especially attractive to buyers in enterprise settings, too.

Based on the S2’s specs, it looks like Samsung is trying to win over people who might normally buy an iPad. The Korean tech giant says it’s actively working with retailers to “offer a limited time tablet bonus trade-in offer” on “qualifying tablets.” 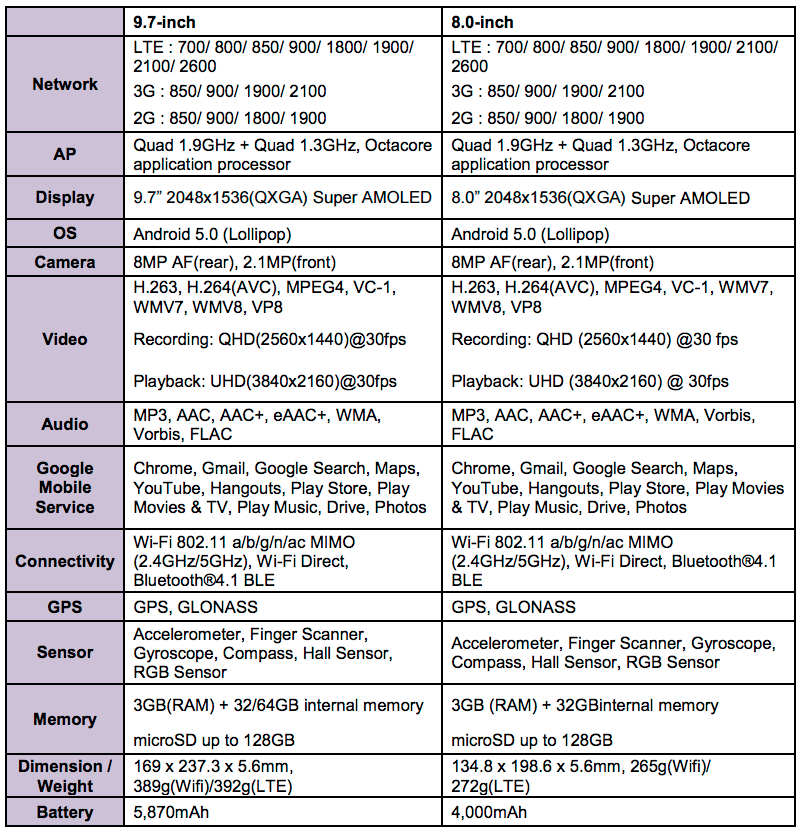