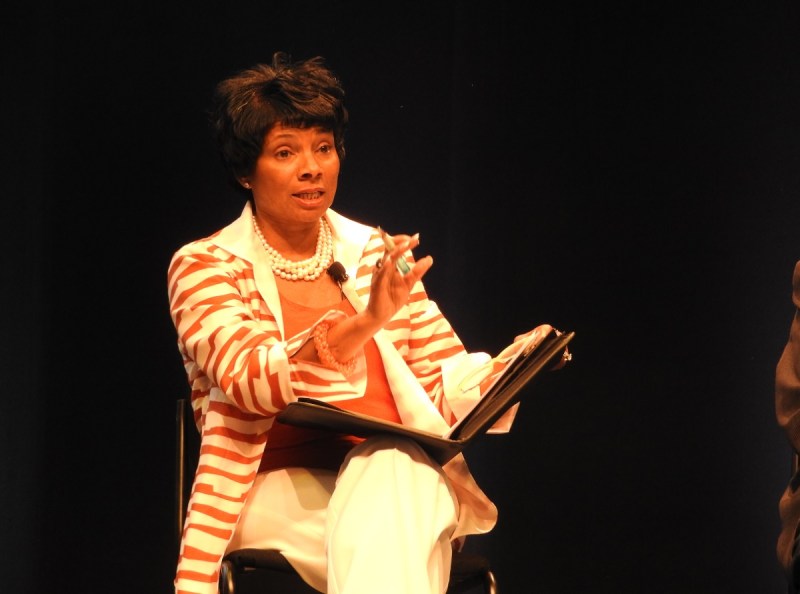 VentureBeat: Your quote on engineering and creativity was inspiring.

Hudnell: Dr. William Wulf. You should read the entire speech on [the importance of diversity in engineering]. I got to know him through Craig Barrett when they were both in the National Academy of Engineering. For those in the industry, he gave one of the most direct speeches around diversity that dealt with issues of race and gender and engineering. That quote comes from that speech.

VentureBeat: It seems like that’s a good way to melt away the resistance to arguments about diversity.

Hudnell: I start the majority of my presentations inside of Intel with that quote. It gives a good, relatable business case from someone who’s deeply respected in the industry. But we’re still trying to do inside of our walls what society hasn’t done outside those walls. We’re still dealing with how you bring difference together and have that be seen as additive, as increasing opportunity for all. If you have a focus on hiring women, that means you aren’t going to hire as many men. It’s hard work, but that’s what we’re focused on right now.

Above: Speech by William Wulf on the importance of diversity in engineering.

VentureBeat: I recall Steve Jobs saying that Apple was at the intersection of technology and liberal arts. I wondered what your core engineering managers might think about that.

Hudnell: You think about our engineering model, we run our own manufacturing. That takes hardcore engineering. It doesn’t take a liberal arts degree. The design happens in how we design our products. You heard Andrew talking about that. We have different types of skills involved in designing wearables. We have different people coming in the room.

We have a significant amount of people who are not what we would consider techies. Some work in technical fields. Howard Wright, who was on the panel, his degree is in quantum economics, I think, and statistics. But he’s driving an ecosystem. He’s interacting and helping us drive that platform.

Eventually those ideas have to be developed in a manufacturing facility that’s built with hardcore engineering. So it’s both. But a lot of people think all tech is the same. That’s the greatest challenge our industry has. It isn’t all the same. We have about 8,000 software developers inside Intel. We’re a pretty large software company. For some companies, that’s 100 percent of the population. Out of 100,000 people, we have 8,000, a pretty big software company inside an even bigger hardware company. Everyone looks and sees us as all the same, but we aren’t really the same. We’re in the same ecosystem. Who we hire, our business models, who has high-end manufacturing and who doesn’t, how design gets done or doesn’t, it all impacts skill sets.

But we look at the need to have diversity everywhere. It’s critical that we have diverse innovation in what we’re doing. People will say, “Of course you need it in wearables. I’ll give you that.” What Howard is saying is, “No. We need it everywhere.”

VentureBeat: Does the definition of diversity also change from team to team?

Hudnell: No. If you think about it, the definition of diversity doesn’t change, nor why you want it. But what it needs to get there may be different. Diversity, for Intel, is about driving a fully inclusive environment that has diversity of representation — all the things you see, all the things you don’t see — in every room of the company. That’s the goal. We truly believe that will create better ideas and better outcomes.

How that changes based on geography, based on what we need — Sandra [Lopez] talked about, “Look, I care about racial diversity, but I also care about diversity of industrial engineers, design engineers.” That might not be the case when you go into our data analytics group or information technology. It may be a very different case in our marketing and branding teams. It’s the same goal, but how you play that out might be different based on what difference you’re looking for in order to design for an innovative solution. 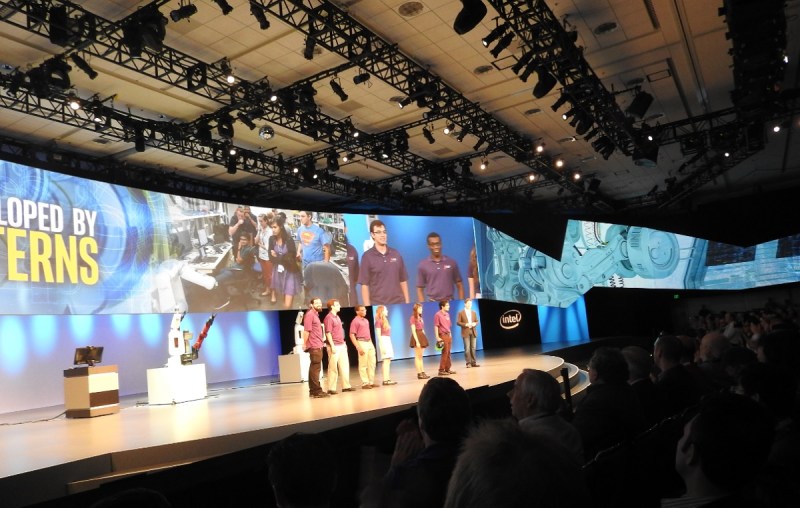 Above: Intel’s interns at the Intel Developer Forum were diverse.