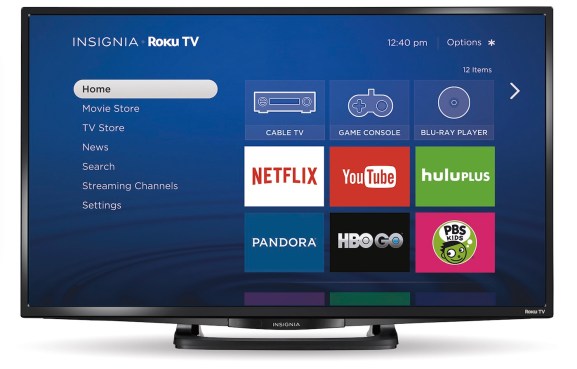 Half of U.S. Internet homes now own a “connected TV device,” which is loosely defined as a gadget hooked up to your TV that you can use to go online. The finding is courtesy of research firm NPD, which surveyed 5,000 U.S. consumers to figure out how many use the following devices: smart TVs, video game consoles, streaming media players, and Blu-ray Disc players that can connect to the Internet. In short, if you can install and use apps like Netflix and Hulu, it’s considered a connected TV device.

The “Internet homes” part here is also important. NPD says the total number of U.S. homes that have a connected TV device is up to 46 million as of Q2 2015, a 4 million increase year-over-year. The U.S. has more than 92 million homes (about 115 million in 2014), but NPD is only considering homes that are already online to track the adoption of connected TV devices.

“The increase in the number of homes that use a TV with apps is the result of three very important factors,” NPD executive director John Buffone said in a statement. “Sales of TVs with apps have skyrocketed, their user interfaces have improved, and there has been a surge in available premium services and programming. We’re living in the Golden Age of TV, where significant investments are being made in developing original series.”