The more than 600 million users of China’s most popular mobile messaging app WeChat may now have one less reason to buy a dedicated fitness tracker or third-party app, after the company today announced a new official channel called WeRun available from right inside the app that acts as a step counter.

WeChat first stepped into fitness tracking back in February, when parent company Tencent launched a WeChat app called WeChat Sports. But the move was not widely reported outside China at the time.

WeRun joins a host of other official in-app accounts rolled out by WeChat this year, including a payment channel to support UNICEF by allowing users to make donations without leaving the app. (This particular channel was launched in May, shortly after the Nepal earthquake.)

The company said in a blog post that users will “be able to know exactly how many strides [they] have taken every day and see how [they] match up to [their] friends on WeChat who follow the official account”.

With your permission, the WeRun-WeChat official account records the number of steps you take a day. You will also receive a daily message notifying how far you are to reaching your goal. If friendly competition helps motivate you, you can see how you stack up on your daily leaderboard. No matter how you rank, you’ll be able like your friends’ steps, share your results to chats, and even publish them on Moments.

Moments is WeChat’s news feed where users and official company accounts can share Facebook-style updates with their friends and following.

The difference with WeChat Sports, then, seems to be that users can benefit from all the same functionality without having to install the Tencent-built app. Indeed, it’s easier to just click “follow” on an account — than fiddle around with installing something. 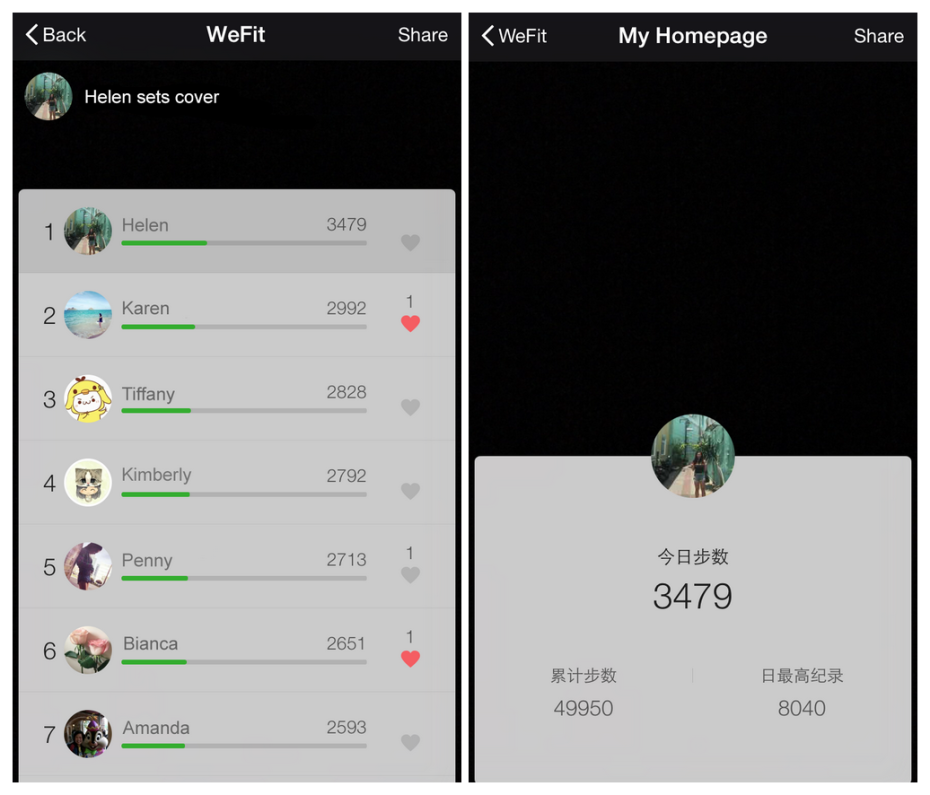 When I followed the official account (only available in Chinese) in my own WeChat app, it asked for permission to pull in data from the iPhone’s built-in motion-tracking sensors. Once I clicked OK, I was taken into Apple’s Health app where I had to formally enable WeChat’s permission to read steps data from the app. I clicked done, and was taken back into the WeChat channel.

While this may on the surface look like a continued push to bring users away from conventional fitness trackers, the company points out that it will support pairing with “select wearable fitness devices”.

WeChat is becoming increasingly well known for going beyond traditional ideas of what a messaging platform should be, allowing users to do far more than just send messages and post updates. Users can already seemingly do everything within the app, from ordering a taxi to buying chickens (yes, chickens). In fact, it wouldn’t be a stretch to say that WeChat has spearheaded this push into a new era of what messaging apps like Facebook’s Messenger and WhatsApp will become.

One edge that Facebook Messenger may soon have on WeChat, though, is a an AI-powered personal digital assistant. Tencent will likely be watching this move very closely.