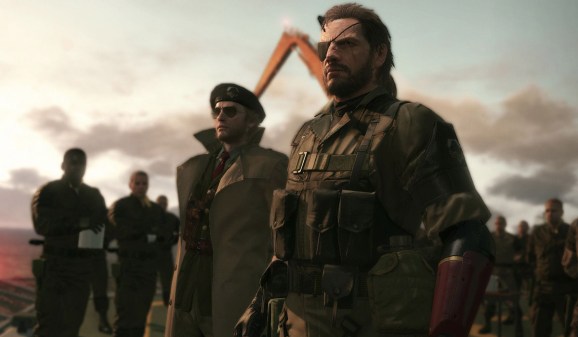 The Metal Gear Solid series is full of some of the best and most memorable moments in video games.

Ever since Metal Gear Solid released back in 1998 for PlayStation, series creator Hideo Kojima has constantly managed to enthrall and baffle many players over the years. He has provided them with a deluge of unforgettable gameplay scenarios and story beats, and he changed the way people view and play video games. Despite being a big-budget franchise, Kojima and his team have always taken significant risks with the series. They’re unafraid to tell their stories in the zaniest ways possible, with Kojima managing to maintain his auteur sensibilities throughout all these years.

It’s been a long journey up to this point for the creator, and so these are the best moments Kojima and his studio have been able to concoct over the years.

Metal Gear Solid has many awesome and engaging boss fights, but it’s Metal Gear Solid 3: Snake Eater’s unconventional, tense stealth showdown between master sniper The End and Naked Snake that takes the cake as being the best in the series. Snake has to quietly take down an old man with face paint and camouflage on and a pet parrot resting on his shoulders. No, this clash isn’t as ornate as most of the series’ other boss fights. Instead, you’ve to strategically sneak around a lush jungle hunting down The End while not getting caught yourself. It takes an exorbitant amount of patience, time, and skill as actually spotting The End is quite challenging. It’s original and best showcases just how creative Metal Gear Solid can get with its boss fights. Oh, and you can always just wait and hide until The End dies of old age. Yes, this can actually happen — if you let it.

Arguably one of Metal Gear Solid’s most emotional moments, Kojima managed to make players cry over the death of a villain in Sniper Wolf. Up until the lone sharpshooter’s demise she is a constant thorn in Snake’s side severely injuring both him and Meryl. The player is even forced to locate a sniper rifle by backtracking in order to stand a chance against her. You can’t help but sympathize with the character and shed a few tears as Sniper Wolf recalls her upbringing while dying in Snake’s arms. With a harmonious musical score, Otacon’s admission of love for Sniper Wolf, and a philosophical conversation between Snake and Otacon, this still remains as one of the most poignant and beautiful scenes in the entire series. It also displays just how multilayered, benign, and well-written Kojima’s characters (both heroes and villains) really are.

The riskiest move from Kojima and his studio was regulating former protagonist Solid Snake to the sidelines and making new character Raiden/Jack the hero in Metal Gear Solid 2: Sons of Liberty. Looking back, it might not seem such a big deal after all these years, but considering the first game’s success and just how much of a fan-favorite Solid Snake was (and still is), this narrative move could’ve had significant repercussions. Not many studios and their franchises, if any at all, would even entertain the thought of excluding the main character in a highly anticipated sequel. But it worked wonders creating a gargantuan and thrilling opening act (Tank mission) with Snake and then leading people to believe he was truly dead forcing them to make due with Raiden. The latter character is fascinating in his own right, and the game delves into his troubled past providing plenty of character development, intriguing story beats, and that infamous scene of him running around naked. Raiden’s now a series mainstay with his own spinoff, Metal Gear Rising: Revengeance.

A stark contrast from the boss fight with The End, the last battle between Solid Snake and Liquid is a true spectacle. Heavily influenced by and reminiscent of both characters’ final encounter in the first game, Snake has to beat Liquid in close quarters combat on the very top of a prodigious naval ship. The theme songs for all four main MGS games are played throughout the fight, making it a powerful nostalgia trip and one of the best uses of a video game soundtrack. It’s grandiose, engaging, beautifully put together with gorgeous camera shots, and a fitting end to Metal Gear Solid 4: Guns of the Patriots and Solid Snake’s story. If this last fight would’ve truly been the series’ finale as people thought at the time, then Kojima really couldn’t have come up with anything better. Now the pressure is on to make MGSV’s finale just as good.

Traveling back to MGS’s setting is possibly the biggest surprise in MGS4, a game that’s filled with plenty of shocking moments. Finding out that the fourth chapter takes place in Shadow Moses was a huge revelation in itself, but then you actually play through a famous gameplay scenario from the first game with the original graphics intact. Returning to the place where it all began, Shadow Moses contains many nostalgic Easter eggs and flashbacks reminding you just how far the series has come, and how groundbreaking the first game was in 1998. But this fourth chapter isn’t simply just fan service as this is the climax of MGS4’s story, with several exhilarating boss battles taking place.

During the boss fight with Psycho Mantis — yet another memorable villain — he “reads” your mind by recalling your playing style, how often you save, and the games in your memory card. He even “moves” your DualShock controller through the rumble feature, and you must switch controller ports in order to defeat him. This is Kojima at his best, going beyond what’s expected from him by creating a boss battle that expertly demonstrates the interactivity and storytelling potential of video games. You simply can’t experience something like this in any other medium. This is the first time where players all over the world truly realized just how eccentric, original, and genius Metal Gear Solid is. It’s a moment that’ll forever live on as one of the greatest in video game history.