True, web personalization has long been an option limited mostly to enterprises; the cost and complexity have made it a prohibitive endeavor for smaller businesses.

Bunting has publicly launched a significantly redesigned personalization offering that caters primarily to SMBs. The company does have some enterprise customers, but Stephen Tucker, Bunting’s CEO, estimates that 90 percent of customers are small or medium-sized businesses. 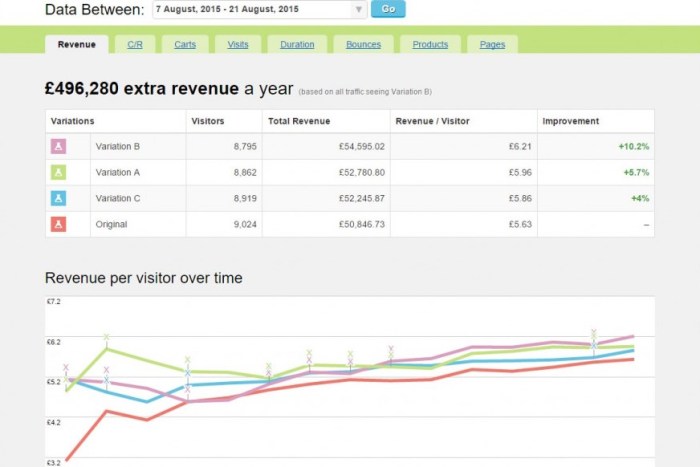 Above: Screenshot of Bunting v6

Basing his company on a piece of software meant to combat click fraud, Tucker said he didn’t initially set out to build a web personalization company.

Before starting Bunting, Tucker ran a digital agency that was looking to expand. Like many in his position, he turned to search engine marketing and ran a PPC campaign with Google. It was going well until he saw a huge spike in spending with no comparative gains. He was terrified, suddenly losing money hand-over-fist.

It turned out that a click fraudster was attacking him, and Google wasn’t catching it. Tucker said he wrote software to try to identify who was behind the attacks, and it turned out to be a local competitor.

Armed with the evidence, he threatened legal action, and the attacks stopped.

Tucker ended up turning his software into a profiling system to enable others to protect themselves from click fraud. But he found that a lot more data could be collected, too. In late 2013, he used the software to create a web personalization tool and launched Bunting. 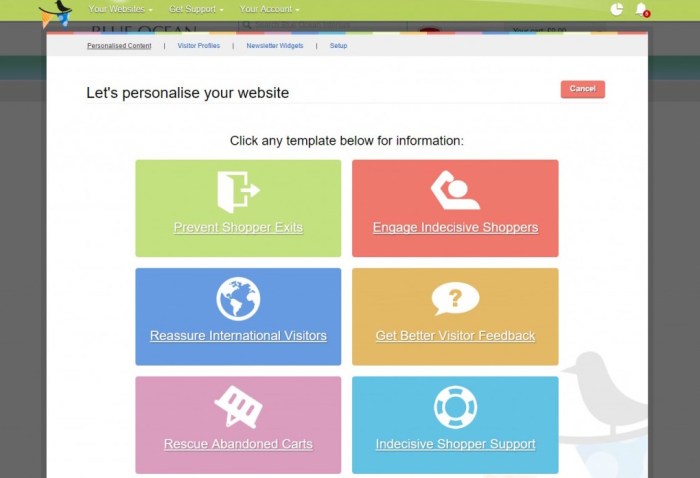 Above: Screenshot of Bunting v6

Today, Bunting bills itself as “The world’s easiest to use website personalization tool.” Content is managed internally, and product data can be imported manually or via a Google product feed. Over 90 percent of customers are ecommerce, for now.

Commerce Sciences, which is also a platform for both personalization and A/B testing, just raised $4 million. Commerce Sciences is also focused on serving SMBs, but has more B2B customers. Optimizely and Bunting cater mostly to B2C companies.

Regardless of what type of business you belong to, one thing is certain: web personalization capabilities are becoming more accessible than ever.