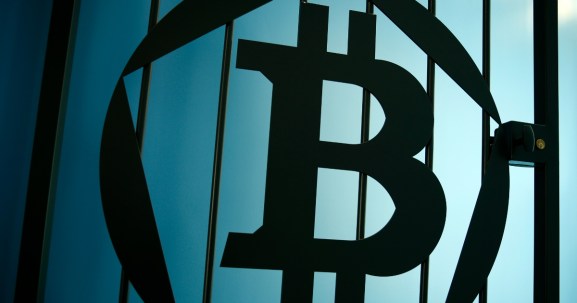 A Bitcoin (virtual currency) logo is pictured on a door at La Maison du Bitcoin in Paris. Reuters / Benoit Tessier

We’re seeing the latest example of what happens when someone in a position of power is tempted by the proverbial low-hanging fruit.

For 33-year-old former Secret Service agent Shaun Bridges, that moment presented itself in the form of $820,000 worth of bitcoins that he decided to send to his personal account during his part in the investigation into online drug marketplace Silk Road.

Bridges pleaded guilty Monday to charges of money laundering and obstruction of justice in a federal court in San Francisco.

The admission comes just two months after another former federal agent, Carl Force, also pleaded guilty to charges of stealing bitcoin during the Silk Road investigation (among other charges).

“There is a bright line between enforcing the law and breaking it,” Assistant Attorney General Caldwell said in a release. “Law enforcement officers who cross that line not only harm their immediate victims but also betray the public trust. This case shows we will act quickly to hold wrongdoers accountable, no matter who they are.”

Meanwhile, Chief Weber told the court that “Through a series of complex transactions, [Bridges] stole bitcoins worth hundreds of thousands of dollars.”

He added: “This case is an excellent example of the financial expertise of our special agents. Through the analysis of both the block chain and data from the Silk Road servers, we were able to trace the flow of funds, which eventually led to the defendant.”

But developments like these continue to raise questions about just how corrupt the investigation into Silk Road was.

While this is not a quote you will see in the official court release, an attorney for Ross Ulbricht (Silk Road’s creator) said the charges against the former agents “Removes any question about the corruption that pervaded the investigation of Silk Road,” according to Reuters.

Another revelation from this particular case: According to Bridges, his theft led Ulbricht to hire a hitman to kill the person he believed was responsible.

Bridges is now expected to be sentenced on December 7.

The now-infamous Silk Road operation was shut down in October 2013 after running for more than two years and generating in excess of $214 million. All transactions were processed in bitcoin.