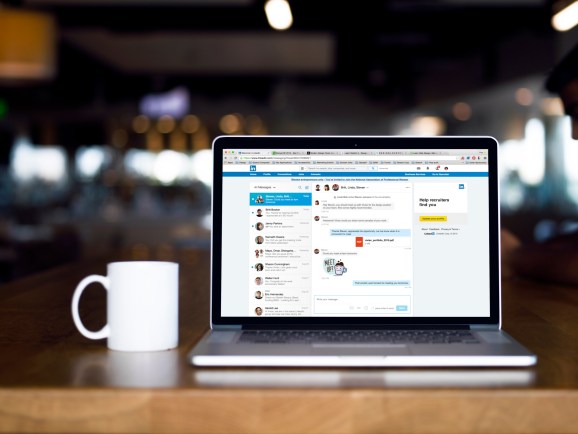 If you’ve ever received messages on LinkedIn, chances are it wasn’t the greatest experience in the world. It just doesn’t lend itself to communicating with people in the way that existing tools like Facebook Messenger and Skype do. But that’s all changing now and hopefully for the better. LinkedIn is rolling out a new messaging experience in which the tool has been redesigned to support not only photos and documents, but emojis, stickers, GIFs, and more.

This new messaging experience should be available today to English-speaking members on iOS, Android, and desktop Web. Other languages should be added in “the coming weeks.”

Prior to today, LinkedIn’s messages feature appeared antiquated. But in an effort to show that it can meet the needs of its users, the professional social networking company has rebuilt the service “from the ground up.” The new design is billed as being cleaner and having a more streamlined look and feel. It does feel more inviting and modern and the fact that it’s akin to Facebook Messenger should help users quickly become familiar with it. 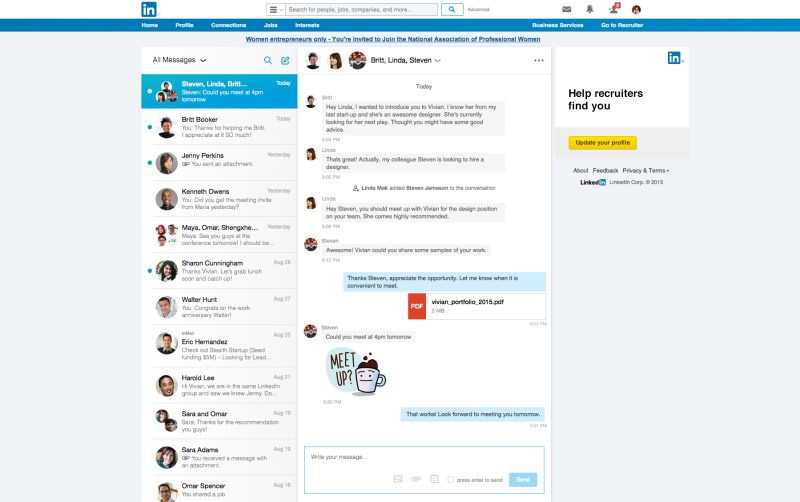 LinkedIn doesn’t publicly release data on how many messages are sent through its system, but a spokesperson shared that messaging is one of the most popular areas of the service — it “drives significant engagement on the network.” It would make sense then to have the company spruce up the offering to keep up with this level of interaction.

By offering a chat-style interface, LinkedIn hopes you will feel invested in the conversation rather than simply sending a message and waiting for it to be returned. The previous version was almost like a mailbox where you sent a letter to a friend and walked away until a return message popped up in your inbox. Even on mobile, it was stale and uninviting. Now the design has been spruced up and is more conversational.

LinkedIn says that messages are organized around people “that matter to you” and notifications have been updated to make sure you’re finding the most relevant conversations taking place. Invitations, introductions, and additional messaging options like forwarding, sent, deleted, and archived notes may have been moved around. 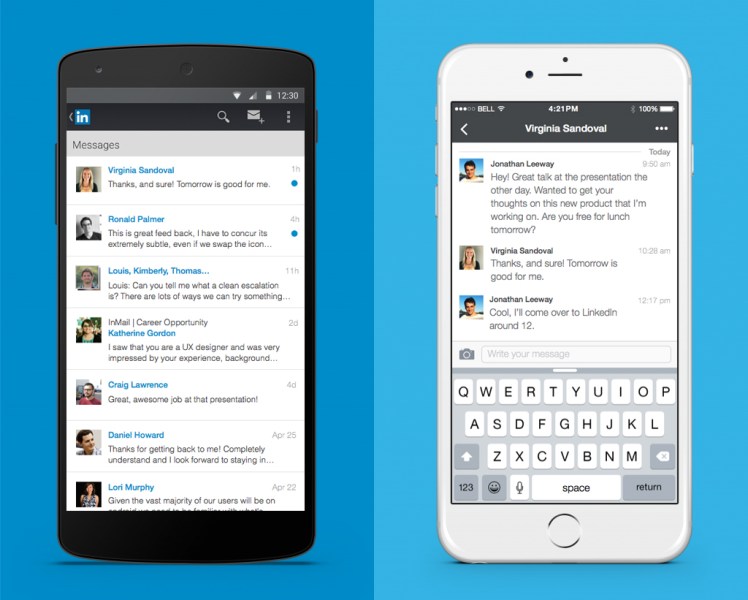 “We’re hard at work [exploring] the possibilities of how we will extend this experience,” said LinkedIn director of product management Mark Hull on the company’s blog. “We’re excited about concepts like intelligent messaging assistants that can help suggest people you should message or provide you with relevant information about that person before you start a conversation. Or the possibilities with voice and video to make conversations more compelling.”

Wait, an intelligent messaging assistant? Is LinkedIn going to get into the same space as Google Now, Siri, and Facebook’s M? Not really, as the company told VentureBeat:

We believe we can provide uniquely LinkedIn ways to help our members make whatever they are doing on LinkedIn even more impactful. Imagine being able to see suggestions for who you should message based on your professional goals or how you can make those conversations even more meaningful with insights on mutual interests, connections in common, professional milestones, etc. These are the kinds of possibilities we foresee.

This new lightweight and casual way of messaging could be a big help in aiding the company’s pursuit of the so-called Economic Graph. As millions of users are updating their profiles, publishing their thoughts, and looking at each other’s profiles, it’s time for the social network to have a messaging service that will facilitate conversation.

Take a look at the new LinkedIn messages: Do you find it more inviting?