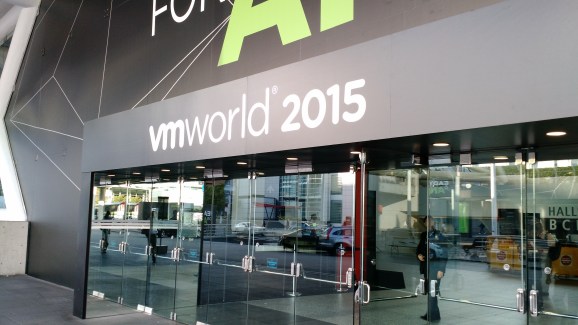 At VMware's 2015 VMworld conference in San Francisco on Aug. 31.

One new part is the EVO SDDC Manager. Here’s how it’s described in the statement:

… a new intelligent automation engine that will simplify and significantly reduce the time required for power-up, provisioning and monitoring of virtual and physical resources, including software, servers, top-of-rack and spine switches. The EVO SDDC Manager will pool resources across multiple racks as a single “virtual rack” and can dynamically carve out workload domain capacity based on availability and performance requirements.

Then there’s the new Hardware Management Services, which will “abstract the characteristics of heterogeneous switching, server and power distribution unit (PDU) hardware,” according to the statement.

The big picture here is that VMware is finally going to provide a ready-to-go piece of software to let companies live the vision VMware has been talking about for a year or more: the grand “software-defined data center” that SDDC stands for. Note, though, that EVO SDDC is the product previously code-named EVO: Rack, which was announced at last year’s VMworld in San Francisco.

It’s possible that the new EVVO SDDC will integrate with VMware’s OpenStack distribution, the company said.

You can see more on EVVO SDDC in a new product page.