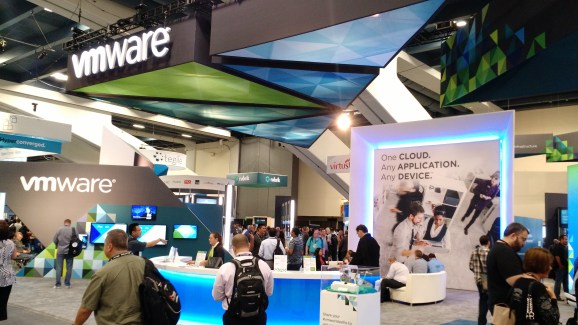 Part of the VMware booth on the exhibition floor of VMware's own 2015 VMworld conference in San Francisco on Aug. 31.

VMware today announced the upcoming release of Identity Manager Advanced Edition, a type of identity management software that companies can use to control and monitor employees’ access to certain applications.

Identity Manager, which includes single sign-on and a self-service app store employees can use to find and choose apps, has been bundled with VMware’s Horizon and AirWatch software since VMware first unveiled it in June. Now VMware is breaking it out into its own standalone product, dubbed Advanced Edition, Sumit Dhawan, senior vice president and general manager of desktop Products in VMware’s End-User Computing (EUC) unit, wrote in a blog post on the news.

The new software — one of many things VMware announced at its annual VMworld conference in San Francisco — becomes available this Thursday, Sept. 3, a spokesperson told VentureBeat. It’s available as a cloud service for $96 per user per year, and as on-premises software will cost $96 per user for a perpetual license, service, and support, the spokesperson wrote.

Above: A screenshot of the VMware Identity Manager Advanced Edition.

Identity Manager helps VMware diversify as it expands beyond server virtualization, the market in which the company has built its reputation over the past 15 years.

Despite being sold separately from AirWatch, there is some integration. Kevin Strohmeyer, senior director of product marketing for Workspace Services at VMware, explained in a blog post:

We include just the minimal functionality of AirWatch to enable device registration that allows us to push a unique certificate to the device to establish the chain of trust. There are many applications an enterprise may want to deploy that don’t contain sensitive data. For instance an expense app, maybe some HR informational apps, or apps that don’t hold sensitive state. These apps can easily be distributed to employee-owned smartphones, tablets, and laptops with a Single Sign-On experience tied to your existing directory. Other apps, like Salesforce 1, may cache significant amounts of information making their use on unmanaged devices too risky. Those apps can be restricted to only managed devices through AirWatch. 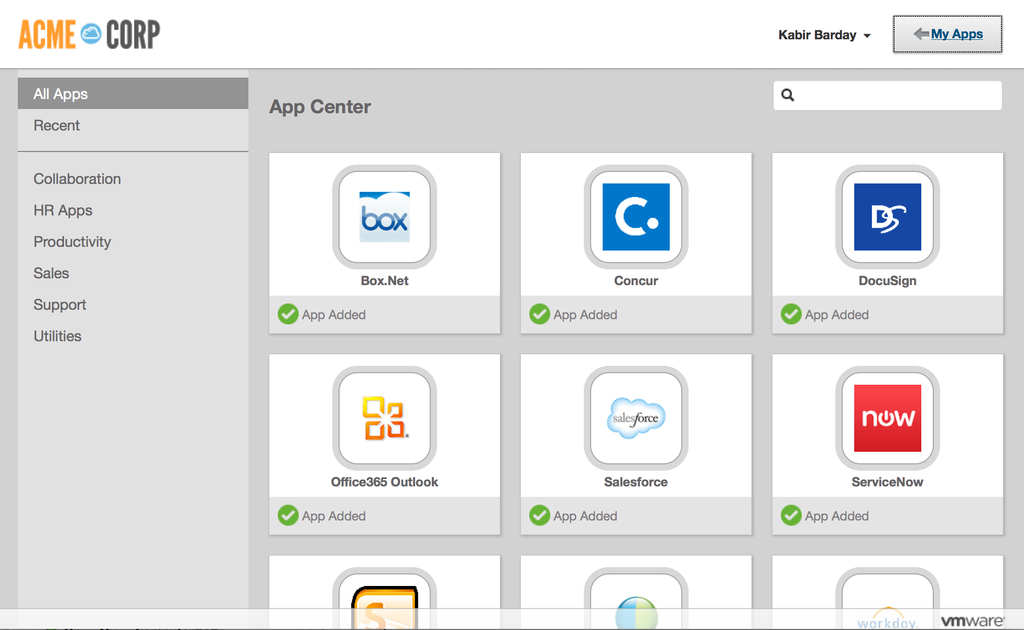 You can see more on Identity Manager here.