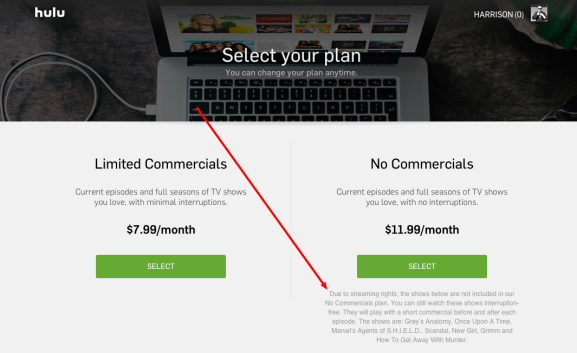 Today Hulu launched a $12 monthly tier that offers ad-free streaming similar to what Netflix and Amazon Prime offered all along.

Previously, subscribers only had the option to pay $8 per month for full content access with “limited ads.” That plan, which frustrated many users, continues to exist.

Of course, there’s always a caveat: “Due to streaming rights,” Hulu’s new plan isn’t totally ad-free. That’s right. Some shows, including Grey’s Anatomy, New Girl, and Scandal, will still display ads “before and after each episode,” Hulu explained.