Game Insight, a big mobile gaming company based in Lithuania, wants to outdo SimCity with its My Country 3D city-building game.

The Vilnius, Lithuania-based Game Insight has specialized in pushing mobile tech as far as it can to create better experiences. In this case, it is trying to bring a city to life in a 3D landscape. The game is one more example of a company that is trying to set itself from the pack by doing dazzling graphics on mobile.

Anatoly Ropotov, chief executive of Game Insight, showed me a demo of the game at the recent Casual Connect conference in San Francisco. You can pull out to view your city or zoom in to see and interact with individual inhabitants. He said the goal was to make it the first mobile city-builder game to allow players to see everything from a bird’s-eye view or zoom down to the street level.

The title is the latest in a series that has already been downloaded more than 30 million times. Ropotov’s strategy is to pioneer new game technologies and genres on mobile platforms. To date, it has focused on simulations such as city builders and hidden object games.

“Our guiding principle has always been to consider the player’s experience first and really build trust with players so they expect a great time from our games and franchises,” said Ropotov, in a statement. “The My Country series is a prime example of how we’re looking at relationships with our players for the long haul. The original My Country was launched in 2010 and is still going strong on seven platforms. Also, the series is getting major updates to 2020: My Country in addition to all our seasonal updates and events.”

You can watch inhabitants as they go about their daily tasks or help them overcome obstacles they run into. The day-and-night cycle adds variations to quests.There’s a photo mode with different camera presets and a fish-eye lens that lets you showcase the city from a variety of angles.

“As we’ve done with other games and genres, My Country 3D reinvents what is possible with a city-builder and adds a wide range of perspectives to gameplay to an extent never before possible on mobile thanks to the Metal™ framework from Apple and Unity® game engine,” added Ropotov. “We’ve set an ambitious goal to go back to the roots of the simulation/tycoon genre and combine ‘god’ game-like interactions with characters and a modern approach to simplified city building.”

Game Insight says you can completely redecorate buildings and spaces with a simple gesture for practically limitless variety, experimentation and customization – all while attaining balance between the quest-driven ‘on-the-rails’ experience and the open-world sandbox design.

My Country 3D is expected to go live towards the end of the year. The game will be released exclusively on the Apple iTunes App Store.

Game Insight was founded in 2009 in Moscow. It moved to Vilnius in May 2014. All told, the company’s mobile games have had more than 300 million players to date. Game Insight has more than 800 developers across 10 different studios. 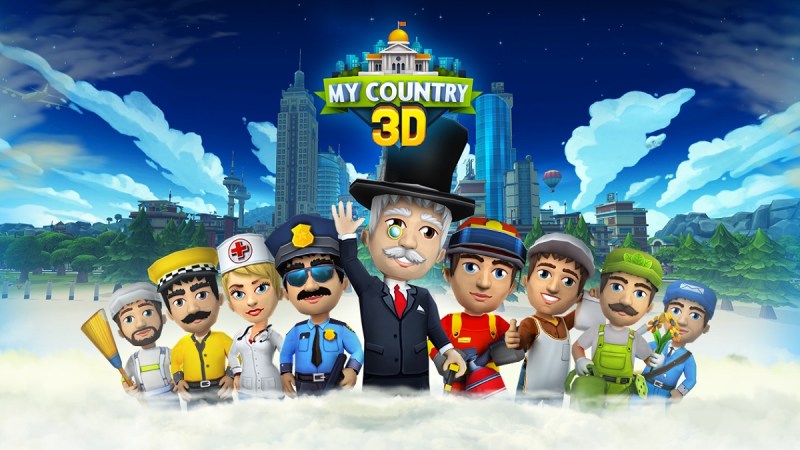 Above: My Country 3D