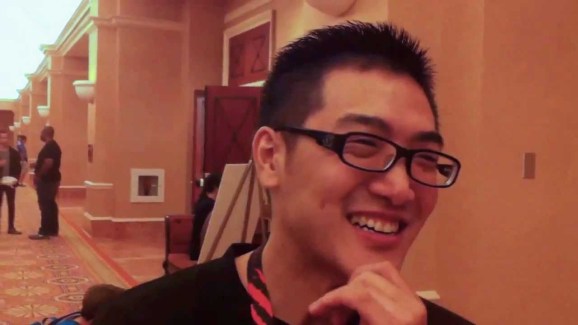 The livestreaming video site revealed today that Bruce “GamerBee” Hsiang has joined its staff. GamerBee is best known as one of the top Street Fighter players on planet. Most recently, he finished in second place in a close Grand Finals Street Fighter IV match at this year’s Evolution fighting game tournament. While GamerBee is most popular in Taiwan, he is also well liked all around the world, and he should help Twitch bolster both its Taiwanese audience and its global community of fighting-game enthusiasts.

GamerBee is an ideal person to reach out to both fighters and Taiwanese gamers. He broke out and turned into something of a Twitter sensation on the final day of the Evo tournament as he made his near-championship run.

This hire is sort of business as usual for Twitch even as it faces increased competition from Google’s YouTube Gaming initiative. It shows that Twitch is sticking to the business strategy that got it to the top of the gameplay-broadcasting pile in the first place.

Locking down the fighting-game community on Twitch is especially important for the company as that is one of the fastest-growing audiences in this whole sector. The Evo 2015 tournament was evidence of that with its nearly 19 million total viewers. While that doesn’t quite compare to something like Dota 2’s The International championship tournament, which has an audience north of 35 million people, it’s still a huge number of people. And that 19 million number was more than double that of Evo 2014.

And that’s how Twitch is going to stay ahead. It will try to have the best live events while sending GamerBee (and other leaders) out to tight-knit communities to bring them into the Twitch fold. If the company can execute on all of that, then it should have a very good shot of staving off YouTube Gaming.