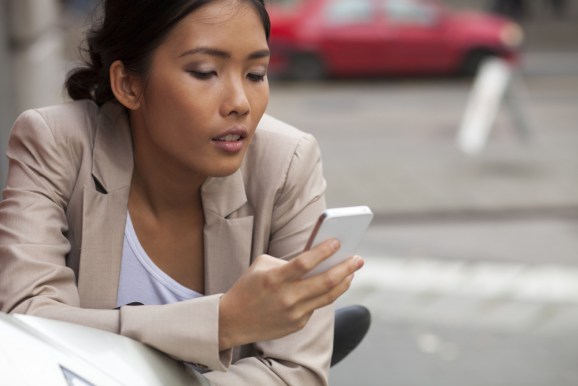 There’s a great deal of intuitive and counter-intuitive intelligence lurking in the dark corners of data warehouses — if only you’re brave enough to look. We recently took a deep dive into the billions upon billions of mobile ad impressions that ran across our Exchange during the first six months of 2015, and unearthed a series of findings that shine a light on just how ubiquitous and mainstream mobile advertising has become this year — as well as on trends that we truly didn’t expect to find.

Case in point: the mobile web. It’s a little-used distraction, right? All the real action is happening in apps, not browsers — right? While that may have once been true, the mobile web is mounting a pretty impressive comeback. Smaato’s Global Trends in Mobile Programmatic report found that while app spending rose sharply and still continues to lead overall in terms of spending and impressions, mobile web spending doubled over the past year to hit 38 percent of the market, while the percentage of app spending dropped to 62 percent from 72 percent last year. The story on the supply/inventory side is similar: 41 percent of all supply is now on the mobile web, with 59% in apps.

We see several bigger trends that are working together to bring mobile web usage — and ad spending — in line with that of apps around the world. First, Facebook’s and Twitter’s apps themselves are helping to reduce usage of other apps overall, by driving untold billions of clicks to the mobile web. The Facebook and Twitter apps feature a variety of news and entertainment sources whose posts feature hyperlinks, and those hyperlinks allow user to choose to pop open articles in browsers like Safari, Chrome, and Opera. According to a recent report from IAB, 52 percent of smartphone owners say they tap links in mobile apps that take them to web articles they want to read. These drive users to the mobile web in hoards, and drive them out of the app ecosystem.

Now that so many news, commerce, and entertainment sites are either mobile-first or mobile-optimized, heightened attention is clearly being placed by publishers on effectively monetizing the places where consumers head first, which is often the mobile web — and via those social apps that easily allow access to it.

These rising mobile web trends can also more generally be pinpointed to the popularity of browsing among first-time smartphone users in places like China and India. These two countries in particular The exploded in supply on the Smaato Exchange during the first half of 2015, clocking increases of 315 percent and 279 percent respectively. Cheap Android smartphones in these countries, as well as in other parts of Asia and in sub-Saharan Africa, has driven large increases in Android app inventory to the point where Android apps have 35 percent of all inventory on the Smaato exchange, with iOS apps only driving 20 percent. (Mobile web leads the pack at 41 percent, leaving Windows, BlackBerry, and other app ecosystems to divide the remaining 4 percent).

These statistics point to a mainstreaming of mobile — and of the mobile web— that won’t be put back in the bottle. eMarketer estimates that while in-app spending is growing more rapidly, mobile web ad spending is also poised to grow dramatically, rising 36.8 percent in 2016 to $10.84 billion.

Programmatic, cookie-based targeting and a new set of ad formats are driving this mobile web spending. For instance, Smaato’s report found a huge surge in the 300×250 “medium rectangle” ad unit this past year. This mobile web-friendly size rose a significant 254 percent during the first six months of 2015, and spend on the even larger 320×480 interstitial ad unit saw an even more dramatic increase of 325 percent. These ads are larger in size and are much more engaging than smaller formats, and are a great fit for mobile web users’ fragmented and shortened attention spans.

Final proof of the mainstreaming of mobile web lies in the giant growth we’ve seen in mobile advertising spend in the “Family and Parenting” category, which exploded by 313 percent year-over-year. Think diapers and haircuts, rather than the traditional “app install” ads that have tended to rule the roost on the mobile web. Money is pouring into mobile from sources that once restricted their spending to desktop, TV, and print — because, again, that’s where a larger portion of the customer’s “share of eyeball” has headed.

Not to get too gory, but the fact that this share of eyeball is further being sliced into increasingly equal app vs. mobile web shares is a surprise in and of itself. It will certainly be interesting to observe how these trends stand or fall with the rise (or collapse) of popular social media ecosystems, the ubiquity of smartphones in developing markets, and the continued shifts in ad spending toward mobile. Delve deep enough into data, and you’re bound to discover that the accepted wisdom isn’t quite what it used to be.

Jay Hinman is the VP of Marketing at Smaato.