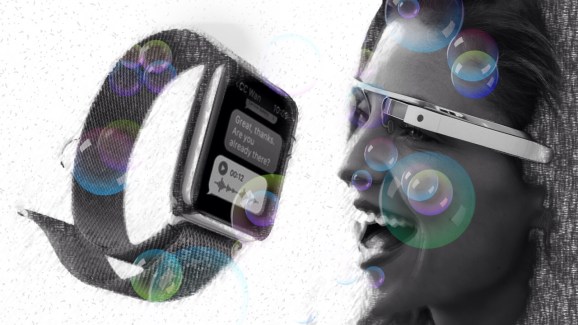 It’s become almost a universal belief that to get “real” innovation you need a broad community of people sharing ideas and helping to improve whatever is being dreamed up. Free from stifling corporate constraints and management process overheads, “open innovation” can go fast, be agile, and take off in unexpected directions. That’s what entrepreneurs do, isn’t it? Many eyes help keep you from blind alleys. Peer review keeps you honest. Buzz gets you market, or at least mindshare. Open is the way to go – and it actually works a lot of the time.

And then there’s Apple.

Back in the mid ‘90s I had to decide, for roughly 90,000 people, whether to standardize on Apple (we needed a “portable” unit like the Macintosh Color Classic II – the Macbook was too expensive and not beefy enough) or Microsoft (pre Windows 95) on the “IBM” PC. We were about evenly split between the two platforms, but staying that way wasn’t going to be an option for a host of reasons. I was told to do an objective evaluation but get everyone onto the same platform.

I still get occasional hate mail for dropping Apple.

It wasn’t that I thought the Intel + Microsoft platform was better, easier to use, or more innovative – at the time it wasn’t really any of those things. And it wasn’t just the price factor (although that was a factor). It was the “lock in” of a closed hardware architecture and limited software options balanced against the ecosystem strategy of an open platform. Even if only the PC hardware platform was truly open (which the Windows software was certainly not), we would have many more options than if we stuck with the Macintosh architecture and a single vendor. Not an easy choice because of the politics and sociology involved (we quickly lost Apple as a client over the decision), but it was technically and economically straightforward.

Back then, Apple wasn’t being run by Steve Jobs, who had been forced out of the company, and it was clearly struggling, which helped with my decision. Jobs was off running Next – and going close to nowhere with some great ideas about how to combine hardware, software, and user interfaces – I really tried hard to find a use for the Next platform and loved NextStep, but it never made sense, and the software alone was a dog on Intel.

Apple didn’t quite go under, of course, and then Jobs came back in 1997 (bringing Next with him), and under his leadership, so did Apple (it took until 2003), with the generations of new form factor iMacs and OS X preserving some of the best features of NextStep; the elegant and sleek MacBook line, the generations of iPod; iTunes and the iTunes store; the iPhone and iOS; the iPad. Nearly a decade of iconic devices and hardware/software/user experience combinations that redefined several major categories of consumer electronics, changed consumer behavior, and defined for many what it is to be “cool” (even the few duds – Apple TV – were cool). Technology as fashion — and not an ounce of open innovation in sight.

Looked at objectively, most of these devices and platforms aren’t really all that much better functionally (if at all) than the available alternatives. But their designs are great. None of them were the first in their category, but they become dominant (or at least created successful niches) very fast. They are all highly “usable.” Their aesthetics (and hence their desirability to some degree) are outstanding. And their functionality is generally good enough. (Ok, no hate mail please. I own and like a lot of Apple’s products. A few really are great, but most are just good enough to get by.) They are also part of a consistent brand system, cleverly tagged as innovative and distinctively different, that sets and then pretty much meets customers’ expectations. That there is a sufficiently large market for this system might be a surprise, but it’s clearly there, clearly loyal, and clearly willing to pay a premium to belong. Because, as Jobs is too seldom quoted as saying:

And the Apple crowd, both the tens of millions that buy the devices and the millions that build applications and accessories for them, didn’t (and don’t) care that the system that created this stream of “insanely great” designs was run by a brilliant, moderately beneficent, maniacally focused, secretive dictator and wasn’t in the least bit “open” or interested in becoming so. To a very large extent, it’s still that way – and it’s the most valuable company in the world.

You could say many of the same things about Amazon and Jeff Bezos – and although Amazon isn’t the most valuable company, it’s now the most valuable retailer, passing Walmart in market capitalization. Not much open innovation their either, although there’s the same fan base (including me) and extensive ecosystem of travelers on the Amazon platform. Amazon delights its customers whenever and however it can. Great design (throughout the business, not just on the web site) is a big part of being able to do that. Getting access to delighted customers is valuable to Amazon’s partners, who are willing to conform to Amazon’s rules and thus broaden the reach of the design.

So you can “innovate” and win without an open ecosystem, if you are good enough at design. If you are really good, you can even beat the “open” crowd most of the time. You just have to understand the fundamental principles of great design. Fight for simplicity and elegance. Value both form and function and understand their essential synthesis. Build a team that “gets it” for all the above and delivers it every day with every product and service. Apply these principles to everything you do, not just the products you make. Drive endlessly for perfection, even though you probably won’t ever get there. Learn from your mistakes, but never apologize for trying. Rinse and repeat.

It’s just that most of us aren’t that good.

John Parkinson is an Affiliate Partner at Waterstone Management Group and CEO of Entertainment Experience LLC. He has served as CTO and in similar capacities for large global companies including TransUnion, Cap Gemini, AXIS Capital, and Ernst & Young Consulting. He currently provides business, technology, and operational strategy advice to a range of global businesses and works with PE investors to select, improve, and monetize portfolio companies through ParkWood Advisors, which he founded in 2005.