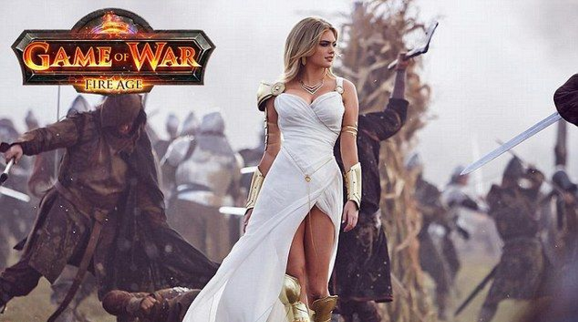 GamesBeat has partnered with iSpot.tv, which measures TV advertising in real time, to bring you a monthly report on how gaming brands are spending and which are generating the most digital chatter. This is the first, which shows the results for August.

In August, video game companies spent almost $30 million in TV advertising, with 33 different brands airing 89 spots over 18,000 times nationally. That figure is nearly the same as July’s total, bringing the total national TV advertising spending for the year so far to $430 million.

But the story of the month was mobile, with three of the top five advertisers, including the top-spender, being mobile game publishers. Machine Zone accounted for over 22 percent of the month’s spend on by itself, with King.com in third at 9 percent and InnoGames fifth at 7 percent. Only Disney Interactive and Nintendo provided any console challenge to the mobile effort.
Likewise, only one console ad broke into the top five backed by the most TV advertising dollars. The Madden NFL 16 spot “More Madden: The Movie” ranked third with an estimated $1.5 million behind it. The rest of the story is all mobile, with Machine Zone’s Game of War spot “Time” in the top spot followed by Candy Crush Soda Saga.

Sports programming led the way when it came to where game publishers directed these dollar, with NFL Preseason Football and SportsCenter taking positions No. 1 and No. 2, with animated comedies American Dad, South Park, and King of the Hill rounding out the list.

Top 5 ads for August in terms of spend are: