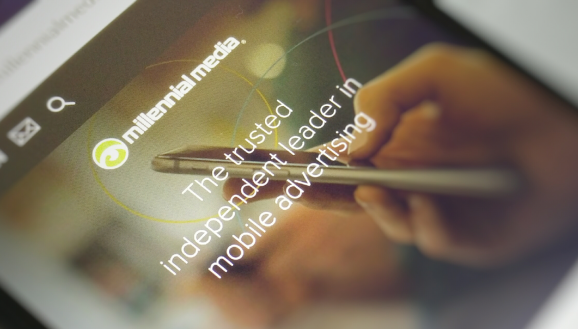 Founded out of Baltimore in 2006, Millennial Media was considered a billion-dollar company after it first floated back in 2012, but in a mobile ad market dominated by big names like Facebook, it has struggled to keep pace.

AOL is one of the oldest Internet brands, synonymous with many of the Web’s early initiatives, including email and instant messaging. Having merged with Time Warner in 2001, AOL was spun out as an independent company in 2009 and headed in a new direction with a firm focus on digital media.

It brought on well-known brands such as the Huffington Post, TechCrunch, and Engadget, and doubled down on original video content and programmatic advertising technology. This last is why Verizon acquired AOL in June for $4.4 billion — to gain easy entry into the automated buying/selling of ads. Bringing Millennial Media on board will serve to deepen its reach into the mobile ad market.

Almost two-thirds of mobile ad spend in the U.S. is expected to be on programmatic ads by 2016, according to eMarketer data, totalling around $20 billion.

The Millennial Media deal is indicative of the growing prominence of mobile advertising —  AOL has announced that the deal will help it expedite its mobile ad offering in “key international markets,” including the U.K., Japan, Singapore, France, and Germany.

AOL Advertising gives third parties access to AOL’s digital advertising tools, and with Millennial Media on board, the company says that its ONE platform will be the “largest open and mobile-first programmatic platform” on the market.

Millennial Media will become a wholly owned subsidiary of AOL once the deal is complete, which is expected to be later this year.