Adriana Gascoigne was eager to join the tech industry when she made her way to Silicon Valley. But she found herself all alone as the sole woman at her startup. That isolation inspired her to found Girls in Tech in 2007. The nonprofit group encourages the empowerment, engagement, and education of girls and women in technology.

She found, along the way, that women shared a lot of the same hardships and challenges in the industry. Gascoigne had to deal with sexual harassment at one company, for example, and said she didn’t find the outcome to be favorable. But she also had fun working at tech companies, including SecondMarket, ImpulseFlyer, Hi5, SGN, Jamboola, Guba, Edelman, and Ogilvy Public Relations. She’s an Intel Insider, serving as a brand and product advisor for Intel, and has served as advisor to a lot of startups. In 2009, she launched SmittenWithMittens, a nonprofit providing fair trade mittens, clothing, uniforms, and resources to orphans in developing countries.

In the meantime, Girls in Tech has grown to more than 25,000 members, with 49 chapters around the world. One of its big events — Girls in Tech Lady Pitch Night — is coming November 10 to the NASDAQ Entrepreneurial Center in San Francisco. The event hopes to draw 400 female business leaders, including many who will participate in a live pitch session, and includes star judges such as Jennifer Tejada, CEO of Keynote, and Yvonne Wassenaar, chief information officer at New Relic. The winner will get a $25,000 cash prize and office space from RocketSpace. Sponsors include some big names like Genetech, NASDAQ, H&R Block Small Business, and GoDaddy.

The event is just one of the many ways that Gascoigne hopes to even out the odds of survival — and success — for women and young girls pursuing careers in technology. We interviewed Gascoigne recently about her journey in tech, the state of women in Silicon Valley, and the growth of Girls in Tech.

Gascoigne believes that the benefit of having more women in high-tech corporations and startups is that technology will improve. To develop comprehensive, innovative and exhaustive products, teams need to focus on diversity. A diverse team incorporates unique perspectives, skills, talents, and experiences, which in turn shapes the devices we use, the infrastructure that’s all around us, and the mobile apps we download to our smartphones. We are currently missing representation and the voice of 50 percent of the world’s population, she said. 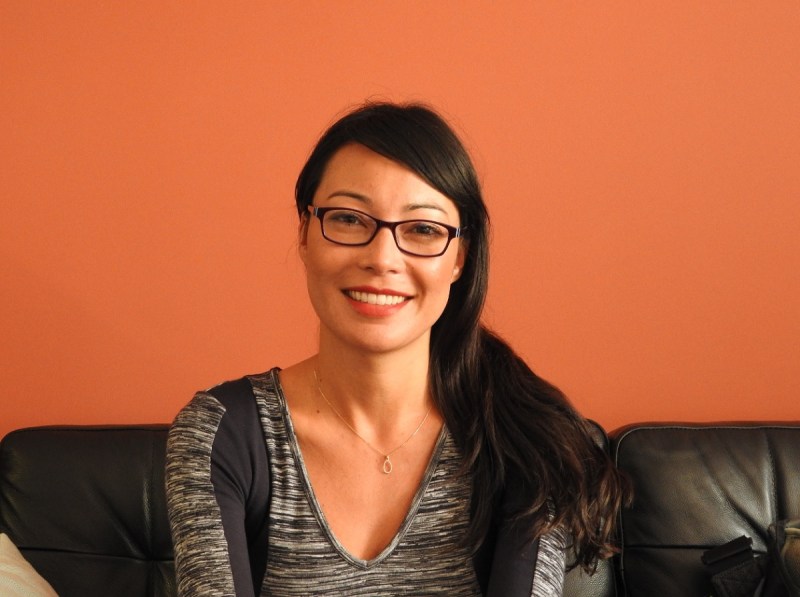 Above: Adriana Gascoigne’s Girls in Tech has 25,000 members.

VentureBeat: You told a story before about how you started Girls In Tech. It often felt like you were the only woman in a tech workplace. Can you talk about the beginnings of it?

Adriana Gascoigne: I started the organization in San Francisco when I jumped in the tech industry. My background was in consumer brand marketing and advertising. I didn’t think I was going to want to work in tech. I didn’t like tech that much. But when I moved to San Francisco and fell into a great startup called Guba. Unfortunately it didn’t survive the crash. But it opened my eyes to the opportunities in technology and the startup field. So much so that I’ve been an addict ever since.

The main problem with that experience was that every day I’d go to work and I’d be the only woman. We did end up hiring a receptionist who was a woman, but then she left. Other than that, our recruitment efforts were failing. We didn’t have many initiatives internally to make the workplace and its culture appealing and comfortable for women.

The company went from an online video site providing premium content and user-generated content offerings to other types of video sites, which will remain nameless at this point. At that point obviously it didn’t align with my values, so I decided to depart.

VentureBeat: And they all became billionaires or something?

Gascoigne: And my equity would have been worth a lot—No. But I thought it was a problem for a few different reasons. It created a very one-dimensional startup culture, work culture. We had the stereotypical video game room. We had Star Trek posters. We had beer in the fridge. Just beer and water, actually. At the time I didn’t think it was that big an issue, but then more people started talking about it.

The larger issue was the fact that we weren’t doing anything about tapping into the pipeline and encouraging more women to come into the industry and not only work at startups, but challenge themselves to become executives at startups. Without that perspective, without 50 percent of the population’s voice, technology will be different.

Women communicate differently, I think. There are certain characteristics to a woman, like multitasking, problem-solving, being able to listen and cultivate certain relationships and distinguish how a relationship will benefit the longevity of the company. Now, with women running companies—I think the statistic is that they make 15 percent more revenue compared to similar companies run by men.

Speaking to women at the time, there was a huge need for this. There wasn’t a place to call home, for women to come together, share ideas, collaborate, provide sounding boards for one another, get advice from each other. We needed to know that the tech industry is for everybody and that we can also succeed, regardless of the scarcity of women in the industry. 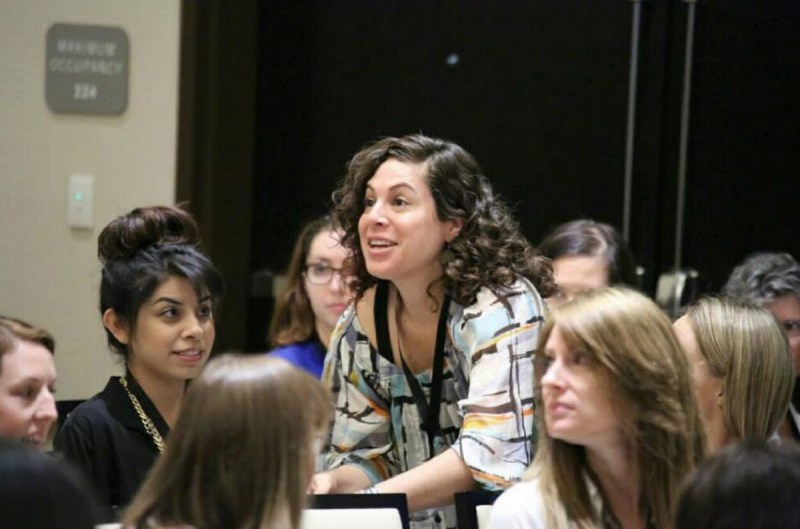 Above: Girls in Tech’s Catalyst Conference in Phoenix, Ariz., earlier in 2015.

VentureBeat: The foundations of Silicon Valley are supposed to be meritocracy and egalitarianism. Intel’s roots are there, for one instance. It seems like it shouldn’t have wound up becoming a boys’ club, and yet so much of the Silicon Valley elite has long been male-dominated. I wonder about that contradiction. Why is it that tech wound up being that way?

Gascoigne: There’s a couple of factors. Silicon Valley is fueled by finance and venture capital, which is an old boys’ network if there ever were one. Old men did create this industry. They continue to be the ones leading the charge. Some venture capital firms do enforce workplace diversity and want to hire and recruit women as partners. They want to diversify their staff and the perspectives on the portfolios the invest in.

But technology as a whole—It starts from an early age. A decreasing number of women are getting computer science and engineering degrees. It was 36 percent a decade ago and now it’s dropped to 12 percent. That’s absurd. Thinking about all of the institutions that support tech and tech majors, STEM majors, organizations like Girls In Tech, how we’re producing curricula and trying to get more women in the tech industry—It’s astounding to read these statistics showing that dramatic decrease. But men dominate the tech field because they take the majority of the engineering roles. Women have product marketing roles and some design roles. But without engineers, you don’t have products.

How do we create more parity in the sector? That’s what we’re striving to do.

VentureBeat: It seems like you and a lot of other women have your share of horror stories about the industry. We don’t necessarily need to go into those.

VentureBeat: But there’s a dilemma. We probably do want to point out that these kinds of things happen in the industry. It’s meaningful for women to go into it and change that or prevent that from happening and make this a better place for everyone. But if women hear about this, they ask, “Why would I want to go work in that kind of culture? Why would I want to work for a video game company if all I hear about is how women aren’t treated fairly?”

Gascoigne: The landscape in the tech ecosystem for women is changing. I believe that. Men are stepping up to the plate and supporting and encouraging the movement to create workplace environments that inspire innovation and productivity and help women excel and become leaders in startups and tech companies. Companies are supporting training programs and benefit programs where women are treated equally. Compensation parity is one, and just in terms of work-life balance – being able to juggle family life as well as professional life so women can climb the ladder without feeling stressed out.

I feel like that’s a great step in the right direction. I also believe that things happen not only in the tech sector, but in many sectors – in finance, in education. Just because there’s such an immense dichotomy between how many men there are in our industry as opposed to women—I think things are pointed out more. Also, our industry is hot. Technology is touching every different industry and sector that exists in the world right now. It’s a hot market that’s getting a lot of attention. 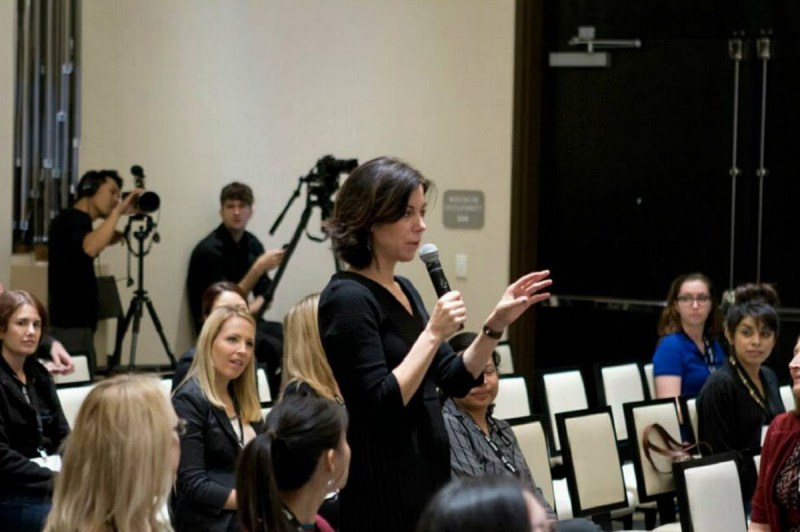 Above: Audience interact at Girls in Tech Catalyst Conference in Phoenix.

VentureBeat: Are other industries equally bad, then? But you have more opportunity in tech?

Gascoigne: Wherever there’s a challenge, there’s an opportunity. But I feel that the landscape is changing. Even though I personally was sexually harassed at a big company—The lawsuit didn’t go anywhere. It was somewhat devastating. I was very young. There was nothing I could do about it. But I have to say it was probably a blessing in disguise, because it put fuel on the fire. It gave me the energy to change this.

Things aren’t always going to be perfect, but we’re heading in the right direction. Tech corporations and startup executives and employees are taking responsibility for actions and activities in the workplace. They’re creating policies. They’re creating rules and regulations for people to follow more strictly. We don’t want to be uncomfortable in the workplace. We want to be productive and focused on the end goal. We want to feel like we can use our skills and our passions for the good of the company and for making an impact on the industry. I feel like it’s changing. I see positive movement.

There are two workplace diversity paths. One that we talk about at Girls In Tech is product dev. Another is culture – training programs, compensation parity. Are women and men treated the same when it comes to pay? A lot of times they aren’t.

VentureBeat: Are you creating a culture that welcomes more women to join the organization?

Gascoigne: And a flexible work environment. You get a 40 percent drop-off when it comes to women in middle management, because they can’t handle things like commuting and managing a team alongside a family. The family becomes the priority, because it’s usually the mother who takes charge of that part of family life. So those are the two areas we focus on as far as accountability and transparency for corporations – recruitment and product development, and then culture.