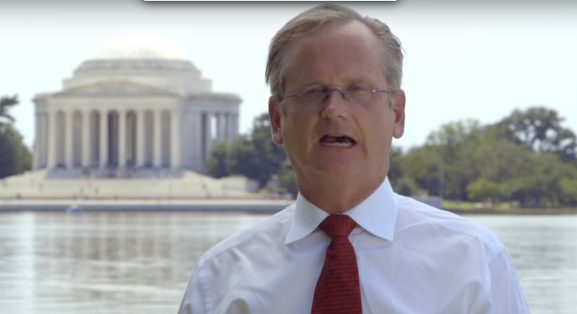 “The system is rigged!” says a video at Larry Lessig’s webpage announcing his run for the presidency.

Lessig is using a Kickstarter campaign to raise the money for a “credible” run at the Democratic presidential primary. If the campaign hits its $1 million goal by Labor Day, he said, he will make running for president his full-time job.

Right now he has $854,777 toward the goal, with four days remaining. He has a very good chance of making his goal.

Lessig, who is known for helping push Creative Commons into existence, wants to run as a “referendum president,” promising to serve only as long as it takes to pass the Citizen Equality Act of 2017.

The Citizen Equality Act sets out to reform campaign finance, enact voting district drawing rules, and guarantee people’s freedom to vote. You can read the whole manifesto here. And here’s a video about it.

Lessig would use that mandate to get Congress to pass the Citizen Equality Act of 2017. Once this package is passed, Lessig said he would step down and allow the vice president to become president.

Lessig said that if he can take at least one percent in three national polls in the weeks leading up to the primary debates, he will appear alongside the other Democratic candidates for the nationally televised presidential debates.

Finally, Lessig and company are already taking a poll to ask voters who the the VP on the ticket should be. The choice list contains some interesting names: Elizabeth Warren, Neil deGrasse Tyson, Robert Reich, Jon Stewart, Sheryl Sandberg, Bernie Sanders, and Joe Biden.