Razer has made a lot of promises about its take on virtual reality and its open-source initiative. We’ll soon get a look at how it plans to deliver on it.

The peripheral maker’s Hacker Development Kit v1.3 is available for preorder October 1 for $300, and it releases later than month. It comes with a full-HD 5.5-inch 120 Hz silver screen OLED display and can run at up to 60 frames-per-second. You also have access to a number of storefronts to test the latest virtual reality software. Places such as Razer Cortex, Steam, Itch.Io, and Boondogl are accessible, and these give consumers a wide variety of content that’s regularly curated so that things aren’t lost in the noise.

Being open-source is both a strength for Razer and a weakness. Allowing people to tinker with every aspect of the device — both the software and hardware — allows the potential for fascinating ideas that could push virtual reality forward. However, that could be a detriment as well. The Rift, for example, has locked in specifications so that developers know exactly what the limitations of the hardware is. Without that universal standard, it’s harder to share creations with other users. 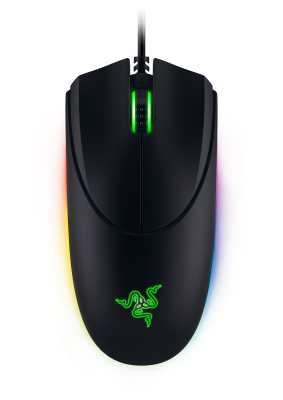 In addition to the HDK v1.3, Razer has two gaming mice coming soon. Orochi is designed for laptops. Razer promises that the battery will last for 60 consecutive hours, though hopefully the company didn’t force someone to stay up for two-and-a-half days to test that theory. Battery life is only necessary if you’re using the Bluetooth. It also has a wired option, if you prefer. It’s set to come out later this year and retails for $70.

The other mouse in the pipeline is called Diamondback. For those who have used gaming mice before, the name might sound familiar. A version of the Diamondback debuted in 2004, and was designed specifically by an esport athlete to be used in competition. The latest iteration builds on the original design but injects modern technological improvements. It has a 16,000 DPI sensor, which makes it extremely accurate. For comparison, the Logitech G303 Daedalus, a premier gaming mouse, has a DPI of up to 12,000.

However, that accuracy does come with a price. The Diamondback costs $89.99 and will be available worldwide in October.