Correction, 12:36 p.m. Pacific: GamesBeat incorrectly credited the source of the images and the museum’s name.

Forget about video games for a second. Virtual reality could add a lot of culture to our lives.

Reload Studios has launched a new virtual reality division, and its first project is fascinating. It has partnered with WoofbertVR to make a re-creation of the Wolfson room in The Courtauld Gallery in London, which includes impressionist and post-impressionist works from Édouard Manet, Claude Monet, Paul Gauguin, and Pierre-Auguste Renoir. Best-selling author Neil Gaiman (who’s also an illustrator) narrates the experience. This innovations allows you to visit the international collection of fine art from the convenience of your own home — the innovation that virtual reality can bring to everyone that goes beyond gaming. 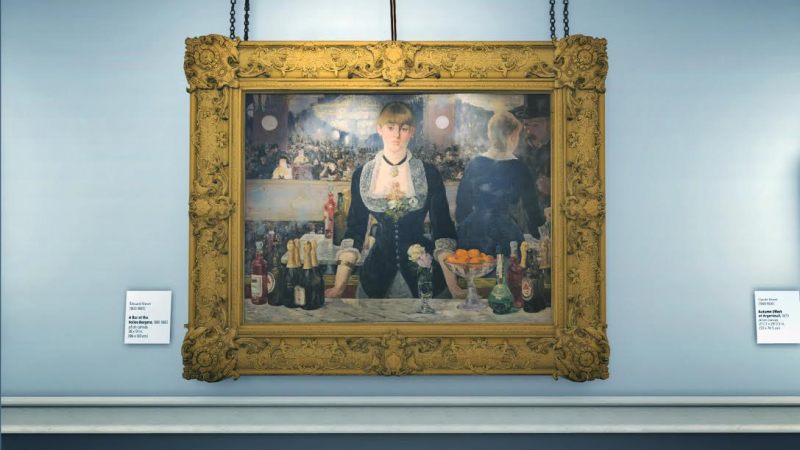 Above: This is a nice change from exploding heads.

“I am thrilled to launch Reload’s VR lab wing,” states James Chung, co-founder of Reload Studios in a press release sent to GamesBeat. “Since our founding, we’ve accumulated tremendous knowledge in VR, discovering solutions that can be applied to non-gaming areas. All we needed was the right culture-driven project we believed in, so we were happy to collaborate with WoofbertVR to be able to offer virtual access to world-renowned works of art, anytime, from anywhere.”

This kind of project reminds us that the promise of virtual reality extends far beyond games. The technology can take us to places of interest across the globe.