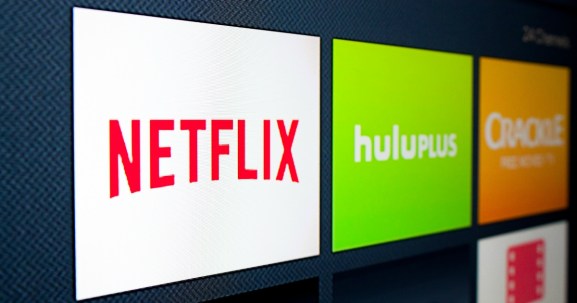 Video-streaming service Netflix is reportedly planning to enter the South Korean market in January 2016, with an official announcement due in the coming weeks, according to a report by The Korea Times on Sunday.

Netflix only just launched in Japan last week, having previously partnered with local carrier SoftBank to have its app preinstalled on phones in the country — and it looks like it may be counting on a similar strategy to navigate South Korea.

According to the newspaper, the company is “seeking to form strategic partnerships with Korean mobile carriers and leading terrestrial broadcasters.” The three largest carriers in the country are SK Telecom, KT, and LG Uplus.

Netflix seems to be locked into a fierce expansion race with rival Amazon, which offers its own video-streaming service and recently also announced a September launch for Japan — though Amazon’s service is not yet available in South Korea.

The newspaper cited sources as saying:

Korean carriers and broadcasters are underway to discuss licensing their content to Netflix in Korea. For Netflix, the main issue is how to cut costs in content delivery and lower its spending for network usage… Conditions in Korea are as favorable or better than they are in Japan for acceptance of Netflix’s on-demand services because the infrastructure in networks in Korea is already in place with households having easy access to broadband lines and mobile services.

And on why Netflix needs to strike deals with the South Korean carriers to succeed there:

When you see more data traffic, then Netflix will pay more for the delivery of content. However, charges of its main services were low, and that’s why Netflix needs substantial help from Korean carriers which operate networks. Netflix is on track to narrow differences over content licensing… Netflix’s advance in Korea will be helpful to local carriers to help them set up strategies in content business and also allow Korea’s media content to reach a global audience.

The sources also predict an impending Doomsday for local broadcasters in South Korea — who will face growing competition from services such as Netflix and possibly Amazon — if they “fail to catch up with such changes.”

Netflix also has upcoming launch plans in a number of other markets including Italy, Portugal, Spain, Iceland, and the Czech Republic. It has previously said that it plans to be available in more than 200 countries by the end of 2016.

We’ve reached out to Netflix for comment, and will update you if we hear back.

Update: A spokesperson for Netflix said:

All we’ve said is we plan to be nearly global by the end of 2016. Don’t have anything to share about Korea at this time.