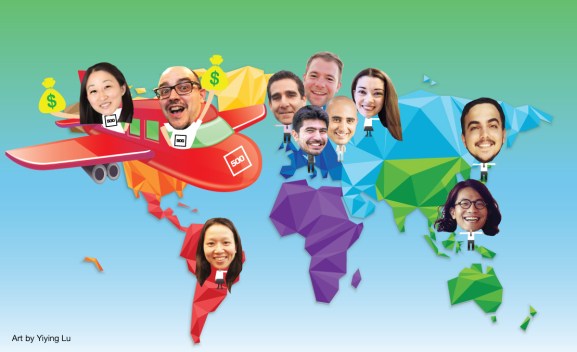 The addition of new investment partners is certainly a sign that 500 Startups is growing and eager to tap new markets, but it also comes after the departure of several partners over the past few years. In 2013, partner Paul Singh left to lead his own company and a year later, recruited another 500 Startups partner, George Kellerman, to join him. Cofounding partner Christen O’Brien is also no longer with the firm, having left to join Silicon Valley Bank.

But these exits appear to be due to natural attrition and aren’t slowing 500 Startups down in the slightest. Last month, the firm announced significant expansion plans in Southeast Asia and brought onboard Klout cofounder Binh Tran and former CJ CGV Vietnam director Eddie Thai as new partners.

Started five years ago, 500 Startups has been quickly tapping into markets beyond not only Silicon Valley, but also the U.S. As McClure noted during his firm’s recent Demo Day, seed investments have been made in companies based in more than 15 countries. What’s more, 500 Startups is managing approximately $200 million in assets and has invested in about 1,200 companies.

With at least 25 percent of its portfolio companies originating from outside the U.S., McClure’s team is looking to tap into that larger community to find its next unicorn (it already has three to its name: Credit Karma, Twilio, and Grab Taxi).

It looks like 500 Startups is eager to take its newly raised $85 million out for a spin. Last week, the company closed its third global fund which included participation from not just U.S. institutional investors but also international entities such as Dentsu Inc., Yahoo Japan, and the Malaysian government-backed Malaysia Venture Capital Management Berhad. It’s worth noting that Japan and Malaysia are both targets of 500 Startups.

“500 [Startups] has been investing globally since we started, but now with local presence in 18 countries we won’t stop until we discover every unicorn on the planet,” McClure told VentureBeat in a statement.