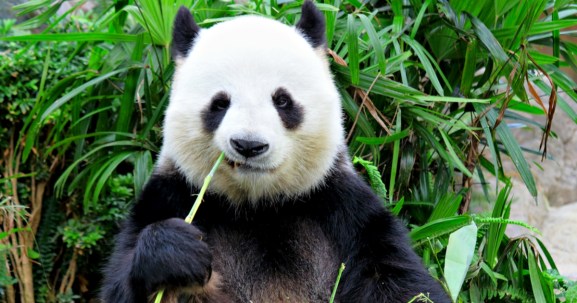 With China’s ecommerce giant Alibaba last week trialling its own live-streaming video service to take on Netflix, it seems that a perhaps equally large story from over the weekend was swept under the carpet: the announcement (via Chinese microblogging site Weibo) of an upcoming Twitch competitor called Panda TV.

Twitch is the hugely popular live-streaming video platform for gamers that Amazon bought in September last year for $970 million. The service, with more than 1.5 million broadcasters, is already trying to boost its presence in Taiwan, meaning it’s clearly very interested in a Chinese viewership.

But Twitch will also have to be increasingly mindful of newly launched rival YouTube Gaming — the Google-backed service launched at the end of August. So it certainly has its hands full right now.

As for Panda TV, it’s not just the Twitch comparison that’s notable, it’s the person (or family) behind it — none other than Wang Sicong, local social media celebrity and son of China’s wealthiest man, Wang Jianlin (reported to be worth $26.5 billion, according to Forbes).

Jianlin is the chairman of Dalian Wanda Group, a Chinese conglomerate that has some serious credits to its name, including being the country’s biggest private property developer, according to The Economist. It also owns AMC Entertainment and Wanda Cinemas, making it the world’s largest cinema chain operator, and in 2014, the conglomerate pulled in nearly $40 billion in revenue.

Starting to see any synergies for a live-streaming service? I sure am.

Sicong’s announcement Saturday included news that he will be chief executive of Panda TV, which was registered as a business back in July, according to QQ Tech (link in Chinese). But an exact date for a launch remains unclear.

As to a possible domain, speculation on Chinese media hints that it will likely end up being one of three options: panda.tv, pandatv.com, or xiongmao.tv (xiongmao is panda in Chinese).

The market in China is huge — 408 million online gamers that spend $17.6 billion per year, with over half watching live-streamed gaming content, according to the South China Morning Post (paywalled).

The SCMP report also shed some light on Sicong’s gaming past to date:

In 2011, Wang bought the pro-gaming team formerly known as Catastrophic Cruel Memory (CCM), now Invictus Gaming (iG), for about $6 million in order to promote e-sports in China… The club is sponsored by computer accessories maker Logitech and PC vendor Asus. iG has teams competing in Defence of the Ancients (DotA) 2, League of Legends, Crossfire and StarCraft II.