As user acquisition costs soar, mobile-game developers are looking for alternatives to getting users. One of the best ways, and sometimes most overlooked, is obtaining users organically through app store optimization (ASO). This basically means that developers have to ensure that their keywords, their descriptions, their icons, and all their metadata makes their app easily discoverable amid a sea of a few million apps.

I moderated a session on app store optimization at the recent Casual Connect game conference in San Francisco. Our speakers included Yonatan Dotan, the vice president of inbound marketing at YellowHead; Alex Malafeev, the founder of Sensor Tower; Jeet Niyogi, the marketing director at Playtika Canada; and Blake Pollack, the chief marketing officer at The ASO Project. These guys showed it takes real expertise to master ASO because every developer is different.

We had a crowded room, and that was a sign of the times. In years past, developers didn’t pay much attention to ASO or spend much money on it. But just as search engine optimization (SEO) proved to be critical to getting discovered by search engines on the web, search on mobile-app stores has now become important.

ASO has changed from a few years ago. And clearly, one size doesn’t fit all. Optimizing for app stores in China, where there are 300 Android stores, is far different from optimizing in the West. Developers should care about their organic installs as they often monetize better than paid user acquisition. That improves the lifetime value of your users, and that generates more revenue over the life of an app.

Here’s an edited transcript of our conversation. And FYI, I’ll be headed to Casual Connect Tel Aviv in mid-October, after our GamesBeat 2015 conference. 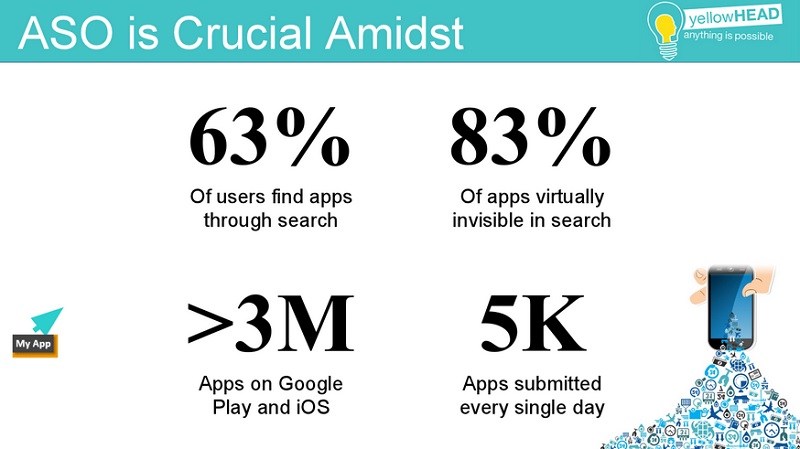 Above: These numbers show why app store optimization is critical.

GamesBeat: Tell us about yourself and how you became interested in app store optimization.

Jeet Niyogi: We’ve been ASO-aware since our acquisition (when Caesar’s acquired social casino game maker Playtika). Gaming in general has been in the early adopter stage. We’ve used Alex’s tool, SensorTower, to optimize and seen some good results. We’re very excited to be part of that.

Blake Pollack: I’m the CMO of ASO Project, a competitor of YellowHead over there. We come from the agency standpoint as well. We work with enterprise-level clients and high-end developers.

GamesBeat: Why is app store optimization significant? Why should it be on the radar for developers and other people in this room?

Yonatan Dotan: App store optimization encompasses how users actually find your applications inside the App Store and Google Play. It’s an important thing that nobody really spends much time thinking about. Big companies will spend millions of dollars developing an app that finds 17,000 users, and their only channel for acquiring more users is paid acquisition. The app store itself is not optimized.

Pollack: Recent studies show that 63 percent of users find apps through search. Search makes up the majority of installs for most applications. In addition to that, there’s more than 3 million apps today, with 5,000 new ones added every day. 83 percent of apps are virtually invisible in search. They can’t be found through keywords or categories, only if you’re searching directly for them. There’s a growing need and growing competition.

GamesBeat: So it’s getting harder to find your app, and user acquisition is getting more expensive.

Malafeev: 300 million searches a week come through the App Store. It’s the only marketing technique you can use where people are searching for you, similar to SEO. With paid acquisition you’re targeting an audience. If users are looking for a specific product and you show up, that’s usually very useful.

Niyogi: ASO increases the discoverability of your app to relevant users – users who want to play poker, say. They search for the relevant keywords and find you in high positions. 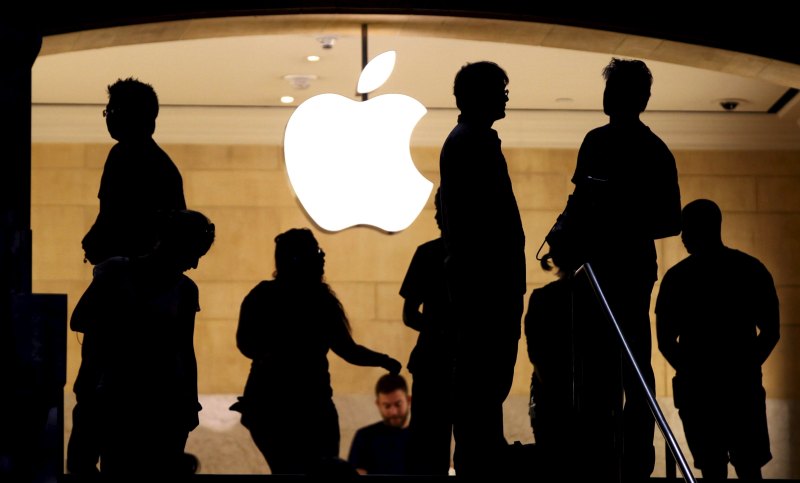 Above: Customers stand beneath an Apple logo at the Apple store in Grand Central station in New York City, July 21, 2015.

GamesBeat: Why does this require a lot of expertise? Can you explain some of that?

Pollack: ASO is similar to the way SEO works for websites.

Malafeev: You’re working on increasing discoverability, but also on increasing conversion, making sure that once people make it to your page, they want to install your application. That’s still growing as a part of this, but it’s massively important. A little bit unlike SEO, results with ASO are pretty immediate and dramatic. You have a sample there of a number of keywords for an app we worked with. Almost the instant you make changes, things change on the ground. At the same time, things change very quickly as far as installs go.

We have two sample graphs here. One shows an optimization process in the U.S. It starts off at a base of thousands of installs per day. A number of well-executed, but simple changes leads to 30 percent increases. Another interesting graph—We’ll talk about localization. This is an example of an increase of hundreds of percent across dozens of different languages.

ASO is great, but it’s not a stand-alone thing. It works off your other channels. It works off what you’re already doing. Here we have an application that started with a base of several thousands and then went up by several thousands per day. On the other hand, you have an app with only a handful of downloads per day to start – three, four — that made it up into the 20s. Percentage-wise that’s great, but ASO on its own is not going to take single-digit installs and turn them into thousands of installs.

Pollack: We differ a little bit from Yonatan’s company. We’re strictly performance-based. But one thing that’s important to understand is that optimization is not a one-time thing. A lot of testing goes on. You have to test and find out what works, what doesn’t work, track what changes affect your ranking and installs. This is a client we worked with. After the first one you can see the uplift. After the second there’s a bigger uplift. After a third optimization is when we’re hitting it really hard, at least for us. You learn from each optimization.

GamesBeat: Jeet, you’re a developer. The other guys on the panel are vendors. Does this resonate with you?

Niyogi: Absolutely. At the bottom of it, it’s not just ASO. It’s a combination of things. As we learn more about the environment—You can’t just convert and see a huge jump in ranking. It’s a continuous process. It’s combined with every aspect of a good game.