Graham Hopper had a portfolio of dozens of games when he ran the interactive gaming business at Disney. But today, he’s got a startup, Muti Labs, that’s betting its fortunes on a single free-to-play mobile card game: Days of Discord. 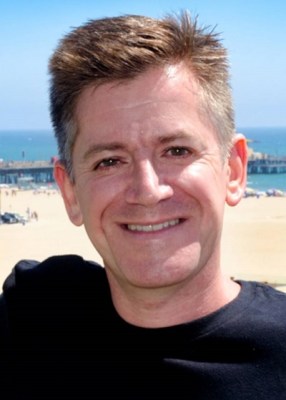 Above: Graham Hopper of Muti Labs.

The Santa Monica, Calif.-based company is unveiling its first game today as it prepares to launch its beta test for the free-to-play title. It’s another example of a team shooting for hardcore gamers on mobile, which is expected to become a growing part of the worldwide $30 billion mobile game market. And card games like Hearthstone have become a $1.2 billion market of their own.

“We’ve tried to do something different and fresh,” Hopper said in an interview with GamesBeat. “This game is our sole focus at the studio.”

Hopper left Disney in 2012 and began work on startup ideas. He formally opened the studio in July 2013, after prototyping the concept. The company has less than 20 employees. Muti Labs has raised private investment, but it isn’t saying how much.

“We’ve been working on this for a long time, and we’re finally ready to talk about it,” Hopper said. “We did prototypes for a while to find something that really works. And then we built a studio around that idea.”

Hopper recruited veteran game makers from Disney Interactive, Bandai Namco, Electronic Arts, and Take-Two Interactive. Some of them are from consoles, and some have experience in mobile. Days of Discord has both strategic and fast play, with both 2D and 3D graphics and an end-of-the-world storyline. It has 3D combat, something that big games like Hearthstone: Heroes of Warcraft or Magic don’t have (another card game, Hand of Fate, does have this). It’s also meant to be easy for anyone to pick up and play, not just digital card game fans. It is live in Australia now, and the company is starting to recruit players for the beta test around the world.

Days of Discord has a ton of competition, including Blizzard’s highly successful Hearthstone: Heroes of Warcraft card-playing game. Each round of the game takes 7 minutes to 12 minutes.

“Sitting down to play a game for a half hour is hard,” Hopper said. “We realized that people are busy. They have these powerful devices. And now can we give them something they can enjoy playing in a short time.” 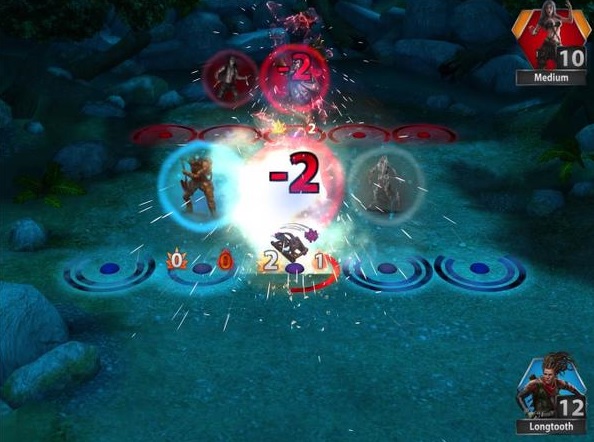 Above: Days of Discord’s card combat has a 3D component.

It’s free-to-play, but it doesn’t have any energy mechanics that require players to spend a lot of money in order to continue playing. The cards have a 2D look, but the battles take place in a 3D environment.

“Our world has a different look and feel from other games in the space,” Hopper said. “Each character has a back story, and we think players will be interested in them.”

As for how the startup life is different, Hopper said, “The big challenge is there are so many different devices out there. Consoles are a much more defined world. Before I managed dozens of products at any given time, and the amount of time I could spend on any one game was limited. Here, I’m focused, and the cost of creating games is much lower. You have a chance to be much more innovative, compared to the high-risk, high-budget console games.” 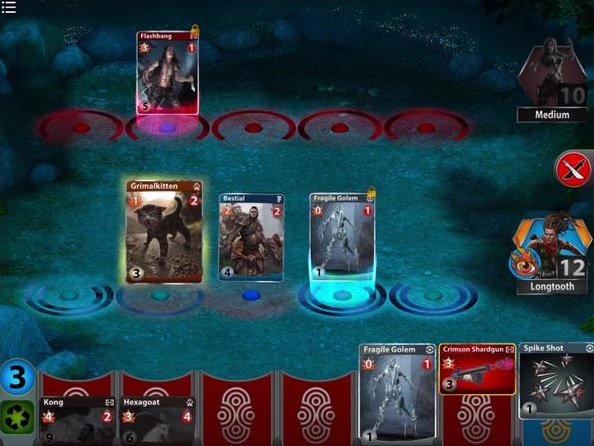