A classic was born in 1808 in Vienna’s Theater an der Wien when a famed composer performed his newest creation. Ludwig van Beethoven is renowned for being a master composer, but today people are more into Shake It Off.”

The Los Angeles Philharmonic Orchestra has an interesting solution for this: It has produced its first-ever virtual reality application that puts you in the middle of a symphony performance as it plays Beethoven’s Fifth Symphony. The organization will bring this presentation to communities throughout Los Angeles in order to entertain people who otherwise may not be able to attend the symphony. 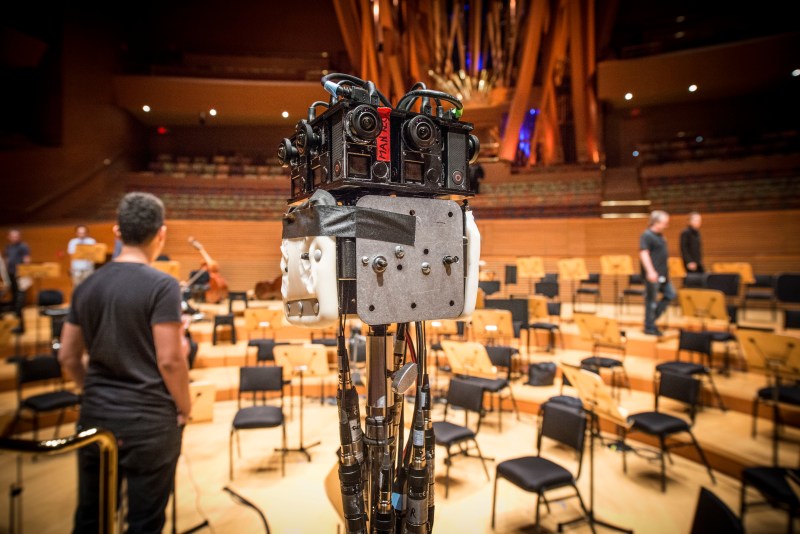 This virtual reality project leverages Oculus technology with the Samsung Gear VR headset that, when worn, transports you right into the symphony hall, where you’ll gain a unique 360-degree experience of the first three minutes of Beethoven’s acclaimed work. Although you’ll be able to see the performance from all angles, perhaps more engaging is the light show and amazing use of colors that almost makes it feel straight out of Fantasia. You’ll be able to look around as Gustavo Dudamel conducts the symphony.

Why make the performance that visually stimulating? LA Philharmonic director of digital initiatives Amy Seidenwurm told VentureBeat that Dudamel thought of Beethoven’s Fifth Symphony as a narrative on fate and destiny, or a good versus evil conflict. Her team sought to tell that story through animation in order to add some emotional connection.

The orchestra worked with the interactive agency Secret Location to produce this project. Shot at the Walt Disney Concert Hall, the team used 3D spherical cameras (eight modified GoPro cameras) to capture every movement and action.

Seidenwurm said Beethoven’s Fifth was chosen because it’s a familiar song. And since attention spans seem shorter than they used to be, she said younger people will find the abbreviated version appealing. 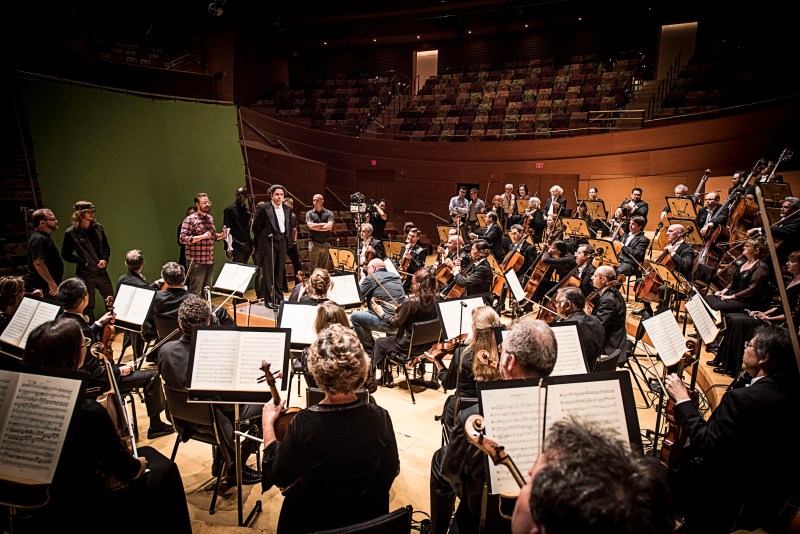 For the next five weeks, the LA Philharmonic is taking this VR application on the road, literally — the show, somewhat waggishly named Van Beethoven, takes place inside a converted truck that gives you the impression that you’re actually in the symphony hall, right down to the seating and carpeting. The organization will travel to art walks, museums, parks, the Los Angeles County Fair, the annual Korean festival, and many other events to share this experience. 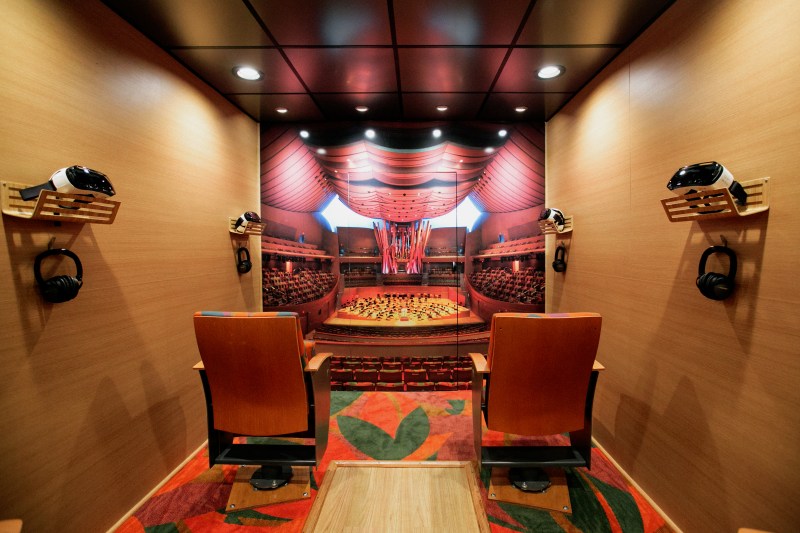 The VR program runs September 11 through October, as part of the LA Philharmonic’s Immortal Beethoven festival at the Walt Disney Concert Hall. It will also be available this month as a download called Orchestra VR from the Samsung VR and Oculus Rift app stores.