Twitter said today that it’s intent on delivering a “more unified” experience across iOS devices, admitting that the experience of using the microblogging platform is still “very different” on iPhone and iPad.

“Now, Twitter apps on these devices will be more consistent regardless of which one you’re using,” the company said in a blog posting. “Starting today, iPad users will be able to create and see revamped quote Tweets, explore trending topics in search, visit product and place pages, and more.”

Starting today, our iPad & iPhone apps will look and feel more alike. Here's how we did it: https://t.co/Hunu1nmh1A pic.twitter.com/Beou4by2YH

The company has taken flack for what some in the industry perceive as a slowness to change, as well as lack of innovation in key areas of its business — though not everyone agrees.

Twitter also shuffled its product team at the start of the month, after dropping back down to its 2013 IPO price on August 20. And on top of that the company is still looking for a new chief executive.

“Although they shared some code, Twitter for iPad and Twitter for iPhone were originally developed and designed separately,” the company said. “Each app was tailored to its platform — but required a lot of extra effort to develop. All too often, this meant that Twitter for iPad features lagged behind other updates. To fix this, we had to rethink our approach.”

It’s calling this new, responsive design framework “adaptive UI,” and it’s something that app developers have really been able to take advantage of since Apple rolled out more flexible size classes for apps in iOS 8.

While it won’t be of interest to the average user, the blog posting dives a bit deeper into some of the changes:

We think of it as a pyramid: most things simply respond automatically, like content width responding to text size changes; some things need to be modified like the Profile header, which would take up half the screen on a large device if we didn’t modify the layout; only a few things need to be rethought, like Direct Messages, where the list of conversations can sit side-by-side with the conversations when you have a wide enough screen.

Along with Apple’s new slew of devices, there will also be more light shed on iOS 9, the next major update to its mobile operating system. Twitter specifically touches on the update, which will allow for multi-tasking (two apps running side by side), and how its new design framework will be better able to take advantage of such functionality.

Nailing down design and responsiveness is important to the user experience, but Twitter also knows it has to become more profitable as a business to please Wall Street. To that end, it expanded its self-service ads platform to more than 200 countries at the start of the month.

“Ultimately, it’s no longer Twitter for iPhone and Twitter for iPad: it’s Twitter for iOS,” the company concluded, “and it will now be optimized for different contexts. That’s a freedom which helps us to make Twitter the best experience it can be for everyone, regardless of device.”

This is a good (and overdue) update to the iOS app, but it’s only just the beginning. Twitter still has a lot of work to do across its business on a whole range of fronts this year and next — and it knows that. 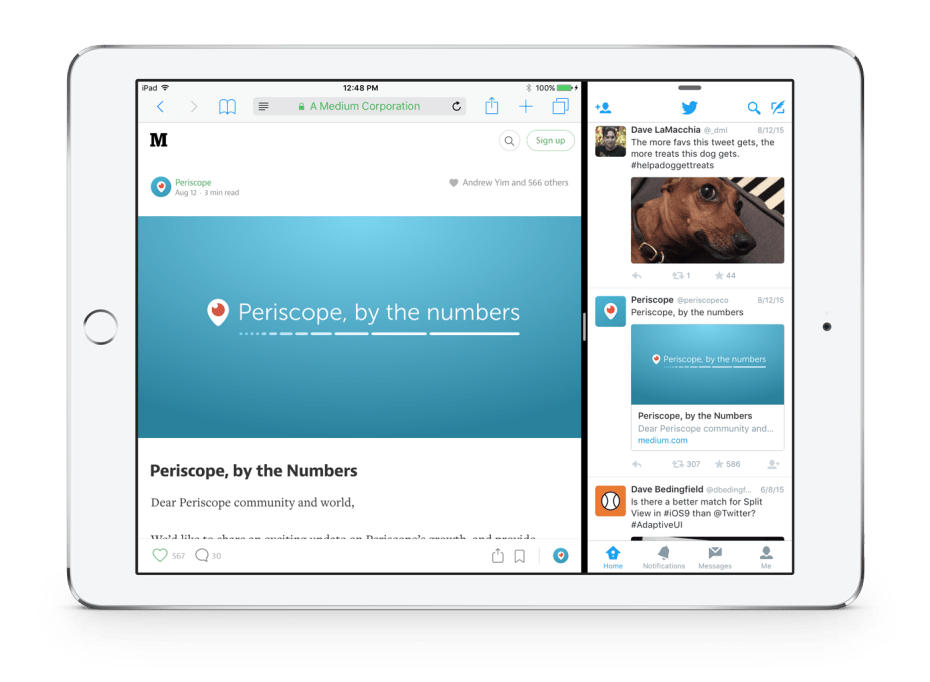