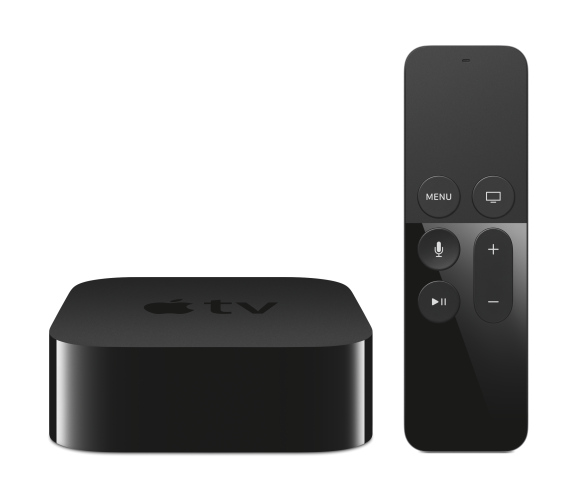 Apple TV is the future of television, according to the company’s chief executive officer Tim Cook. And a big part of that is the refreshed motion-controlled remote.

The new handheld, TV-style controller comes with both a touch pad for navigating menus and motion sensors for playing driving games. This means you can even play touchscreen-based games on your TV.

As an example, Apple invited Crossy Road developer Hipster Whale onstage to show off the new Apple TV multiplayer mode. This means two people can sit on the same couch and play together on the TV. Instead of trying to use a controller, the Hipster Whale team used the remote’s touch surface.

But Apple didn’t just bring out existing iPhone games to show off the capabilities of its Apple TV. The company also introduced a new game from Rock Band developer Harmonix. Instead of using physical controls, this new game — a rhythm-sports app called Beat Sports — used Wii-style motion controls. A demonstration shows a player swinging the remote to control an in-game baseball bat.

This seems like Apple trying to step into market that the Wii created but then couldn’t capitalize on, and the remote is the key to that strategy. Like the Wii’s controller, Apple’s device looks familiar and intuitive. Anyone can pick up and swing a bat.

Of course, putting an iOS-based device on a television isn’t just about new games and mobile ports. When the system launches in late October, it will also quickly get games that have had success on consoles. These include releases like Disney Infinity, Guitar Hero Live, and Skylanders: SuperChargers.