Chinese Internet search giant Baidu offered some updated numbers on its hugely popular mobile Maps app Tuesday, perhaps best known outside China for partnering with Uber in December last year to allow users in the country to hail a taxi from right inside the app. (Baidu is also a big investor in Uber.)

The most recent number we saw flying around prior to this update was not far off — about 270 million, according to a Reuters report in June. But hitting 300 million is a significant milestone.

By comparison, it’s harder to nail down accurate numbers for Google Maps or Apple Maps on mobile — though tech industry analyst Horace Dediu reckons the split on iOS (note: not Android) is about 90 million for Google’s app and 310 million for Apple’s, as of June.

While Google trumpeted one billion monthly active users on Android in June last year — and Google Maps comes pre-installed on Android smartphones — it’s worth remembering that Google’s services are still blocked in China, meaning not all of those Android users will have access to Google Maps. And China is a big market.

Baidu claims that its Maps app has tied up 70 percent of the Chinese market, and says it “covers the most number of points of interest (POI) of any map in the industry.”

“Over 20 million POIs are related to life services, and over 70 percent of the search queries from Baidu Maps are about life services,” the company said.

The life services referred to are part of a wider ongoing online-to-offline (O2O) push by Baidu and other Chinese tech companies (Baidu committed $3.2 billion in June) — as well as the likes of Facebook, Google, Microsoft, and Amazon — to facilitate ecommerce transactions that users are increasingly looking to make through online search requests. 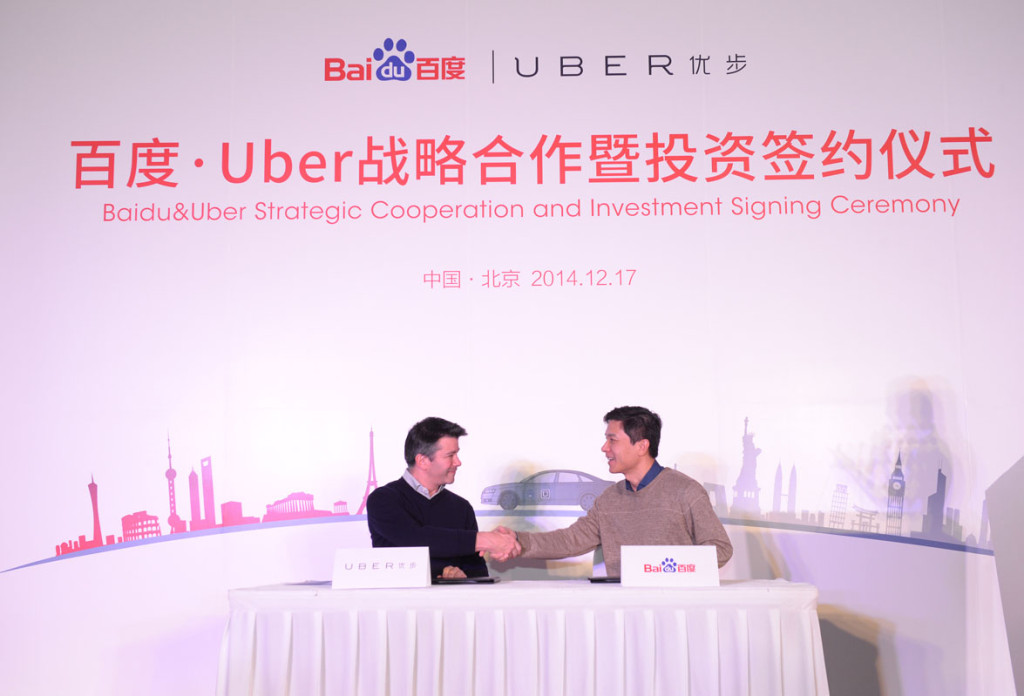 To that end, Baidu unveiled its new AI-powered virtual assistant on Tuesday — called “Du Secretary,” or “Duer” — that will live within the latest version of its flagship mobile search app. In Baidu’s own words, it “processes requests for an ever-broadening range of services, like ordering takeout delivery or buying movie tickets through simple, natural dialogue.”

Uber’s integration falls under Baidu’s growing O2O vision, and that’s partly why it’s interesting to see this milestone from the Maps app — also considering the car-hailing company’s all-out war with Chinese rival Didi Kuaidi that looks far from cooling down.

One downside of Baidu’s aggressive investment into its O2O business is reduced margin expectations for 2016 by some analysts. That said, many still see the stock as a good buy; it was over 50 percent cheaper than Google at the end of August.

“Baidu Maps is fully integrated with a number of top life service platforms,” the company said, “including Baidu Nuomi, Baidu Takeout Delivery, and Qunar, and partners with third-party service providers such as Uber, Edaijia (a designated driver service) and more.”

While the number of Baidu Maps users in China would likely be higher if you also include its web app, Baidu told VentureBeat that it doesn’t have those numbers to share at present. A spokesperson said, “You can probably imagine that mobile dwarfs PC-based maps.”

I think ultimately, the whole Uber-Baidu perspective is one of the most interesting points to ponder here. If Baidu can keep locking users into its Maps offering, Uber also wins — at least you would think so.

China is a tough market for any foreign company to crack, let alone in a space that has a really well-funded local competitor that knows it’s playing with a home field advantage. Uber is going to need all the help from Baidu Maps that it can get.

Baidu did not comment on which mapping services hold the remaining 30 percent of the Chinese market.