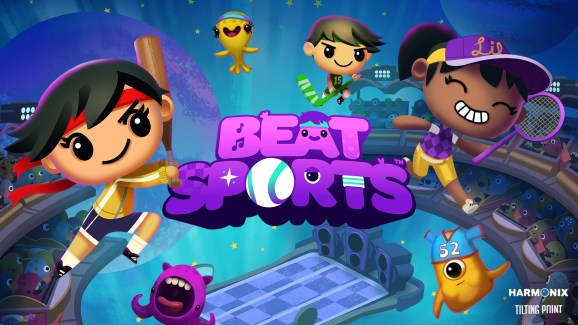 Beat Sports is potentially the Wii Sports of Apple TV.

Apple’s new gaming box comes with a motion controller, and developer Harmonix is hoping that means it has the new Wii Sports.

Harmonix, which is best known for creating the Rock Band music games, introduced Beat Sports. This is another rhythm game, but it’s one you play to sports instead of to popular music. Like the aforementioned Wii Sports, this Harmonix game will have you swinging your remote around to hit objects in a number of minigames.

Beat Sports launches in late October alongside the Apple TV.

“Apple TV is the perfect home for this unique mixture of music, sports, and wacky fun,” Harmonix creative lead Jon Carter said in a statement. “The new remote offers limitless possibilities for brand-new gameplay, and Beat Sports’ controls will have the whole family swinging, spiking, and scoring to the beat.”

Wii Sports was a massive success for the Wii and Nintendo specifically because it caught on with entire families. Apple likely saw that potential and is now offering a platform where companies like Harmonix can step in and carry on that trend.