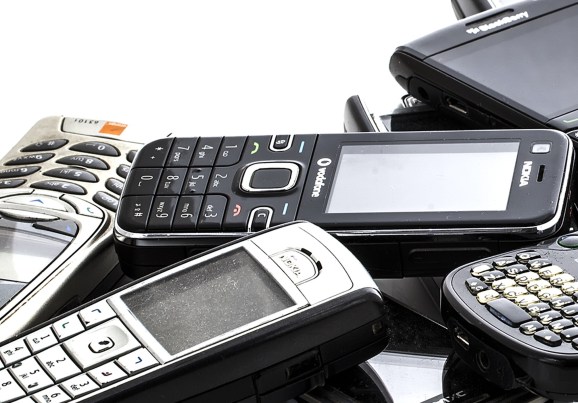 Eight years can be a long time in technology, a truism perhaps best illustrated by former mobile phone giants Nokia and BlackBerry.

Photos purported to be of a new Nokia C1 Android phone emerged this week. And while this wouldn’t be the first Nokia-branded Android device to emerge — the company introduced the N1 tablet in China this year, and it previously had an experimental Android X project in the works before Microsoft killed it — it serves to remind us all just how much has changed in the mobile realm in recent times.

As with Nokia, fresh rumors surfaced last month that BlackBerry is gearing up to launch its own Android smartphone, codenamed Venice. Reports suggest it could launch as soon as November in the U.S.

BlackBerry Venice confirmed for November release on all four national US carriers. pic.twitter.com/l5jFCGKLjO

How times have changed.

Cast your mind back to 2007. The first version of Apple’s new iPhone had come to market, but of the estimated 1.2 billion mobile phones shipped that year, Nokia accounted for almost 40 percent. It had just acquired NAVTEQ to boost its mapping technology, and would the following year snap up Symbian in a move that could have helped set Nokia up nicely in its quest to retain its mobile market share.

But cracks in the Nokia ecosystem started to show, and by 2011 the company was firmly in Microsoft’s pocket as the duo sought to create a true third force in the smartphone race (after Android and iOS).

Fast forward to 2015, and Nokia is a shadow of its former self — Its mobile phone unit now belongs fully to Microsoft and its mapping business is under the wing of three German car giants. Moving forward, Nokia will consist of Nokia Networks, a broadband network infrastructure business, and Nokia Technologies, a division that Nokia will use to keep its consumer brand alive.

Nokia has stated that its path back into the mobile phones business will be through a brand-licensing model, with partner companies responsible for manufacturing, sales, marketing, and customer support. But it can’t do much until its contractual agreement with Microsoft (to not make phones) expires at the end of this year.

Fellow smartphone maker BlackBerry has a similar story to tell. The Canadian company, then known as Research in Motion (RIM), saw its share value peak in 2007 at $236. Today, it sits at a little more than $7. In 2009, it was shipping up to 20 percent of all smartphones globally, and boasted north of 40 percent of the smartphone OS share in the U.S., but both of these figures are now estimated to be at less than one percent. Though it continues to ramp up its enterprise services, including mobile security, BlackBerry is a fallen giant of the smartphone world.

In 2007, the very same year the first iPhone launched, Android was officially unveiled by a “broad alliance of leading technology and wireless companies” who announced what it called the “first truly open and comprehensive platform for mobile devices,” with Google spearheading the development.

Today, there are at least 24,000 distinct Android devices out in the wild. The operating system was on 80 percent of devices shipped last year, according to IDC data, with iOS making up almost 15 percent. The remaining chunk consisted of Windows Phone, BlackBerry’s OS, and “Other.”

With the benefit of hindsight, 2007 was a pivotal year for the mobile phone industry. But at the time, if you’d told me that eight years down the road, both Nokia and BlackBerry — giants of the mobile world — would be turning to this new Google-class standard of operating system, I would have called you crazy.