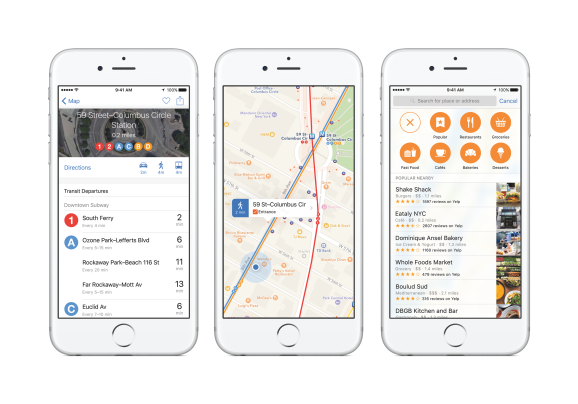 iOS 9, Apple’s latest and greatest mobile operating system update, will be available on September 16 for existing iPhone and iPad owners. That’s just a week away!

Like its predecessors, iOS 9 will not be available on older iOS devices. That said, this year’s update has the same requirements as iOS 8: Owners of an iPhone 4s or newer, an iPad 2 or newer, an iPad mini or newer, or an iPod touch 5th generation can get this new version.

Apple unveiled the iPhone 6s, iPhone 6s Plus, iPad Pro, and iPad mini 4 today at its Hey Siri event in San Francisco. These devices will of course ship with iOS 9.

iOS 9 includes features like a split screen, picture-in-picture, and Slide Over (opens up a side panel app with a left-to-right swipe). The new OS also comes with a slew of built-in app improvements: redesigned Notes app, support for transit in Maps, all-new News app, and new capabilities in Apple Pay.

iOS 9 was first announced at WWDC 2015 in June. It has been in beta since July, though Apple didn’t share how many users opted in to test the latest version.

Now everyone will be getting iOS 9 in less than seven days (Apple typically releases iOS upgrades at 10 a.m. PST / 1 p.m. EST). If history repeats itself, adoption will be quick.