Some have called its ambitions comparable to those of other regional ecommerce giants, like Alibaba in China or Rakuten in Japan — but aimed at the 250-million-strong Indonesian market.

It plans to sell everything “from cars to smartphones, and dresses to groceries,” according to the company’s chief executive, Hadi Wenas, announcing a soft launch back in June.

“Matahari Mall is an online super-marketplace where everyone can buy everything, and anyone can sell anything, including electronics, fashion, lifestyle, and groceries,” Wenas said in a prepared statement. “Just like an offline supermall, you enter, walk around and shop by floor. Each floor focuses on different categories. It’s been an excellent start for us during the soft launch period.”

The company even goes so far as to call itself the new “Alibaba of Indonesia,” saying that it hopes to become a driving force for ecommerce in the country.

“We have sellers telling us that most of their sales already come from Matahari Mall, even when we have not yet started our marketing. This is very encouraging as we build a strong ecosystem that brings together sellers and consumers across Indonesia,” Wenas added.

Big tech giants, both from Asia and further afield, are increasingly eyeing Indonesia as a growth opportunity. It boasts smartphone penetration of 43 percent, with 67 percent of Indonesians using their smartphones for shopping in the past year, according to an August report by The Wall Street Journal.

Meanwhile, Singapore-based logistics firm SingPost predicts that the value of ecommerce sales in Indonesia will rise to nearly $4.5 billion in 2016.

China’s Internet search company Baidu is known to be investing in its operations in the country, and Twitter just opened an office there in March. (Twitter also inked an interesting partnership with one of Indonesia’s largest carriers this week.)

Comparisons to eBay are bound to surface, but that’s to be expected for an emerging player in Asia. The bigger question is whether it can replicate eBay’s success on its home turf. 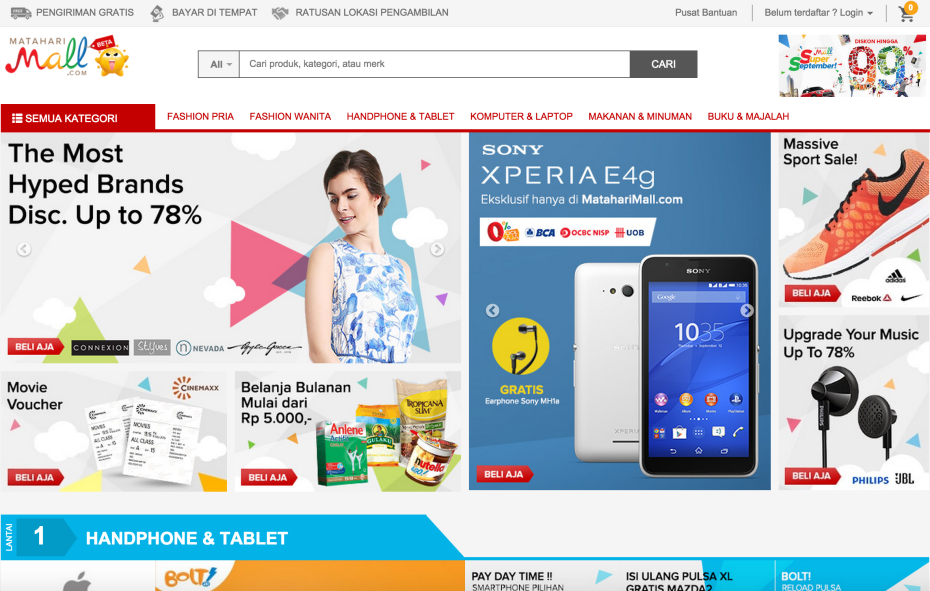