Google today announced Google Fiber could be coming to three new U.S. cities: Irvine, California; Louisville, Kentucky; and San Diego, California. The company is looking to build a joint planning process with each city’s leaders to roll out the $70 per month service.

More specifically, the Google Fiber team will work with Irvine, Louisville, and San Diego to “conduct a detailed study of factors that affect construction, such as local topography, housing density, and the condition of existing infrastructure.” At the same time, the three cities will complete a checklist of items to prepare them for a large-scale fiber rollout and break up the massive project into more manageable pieces. 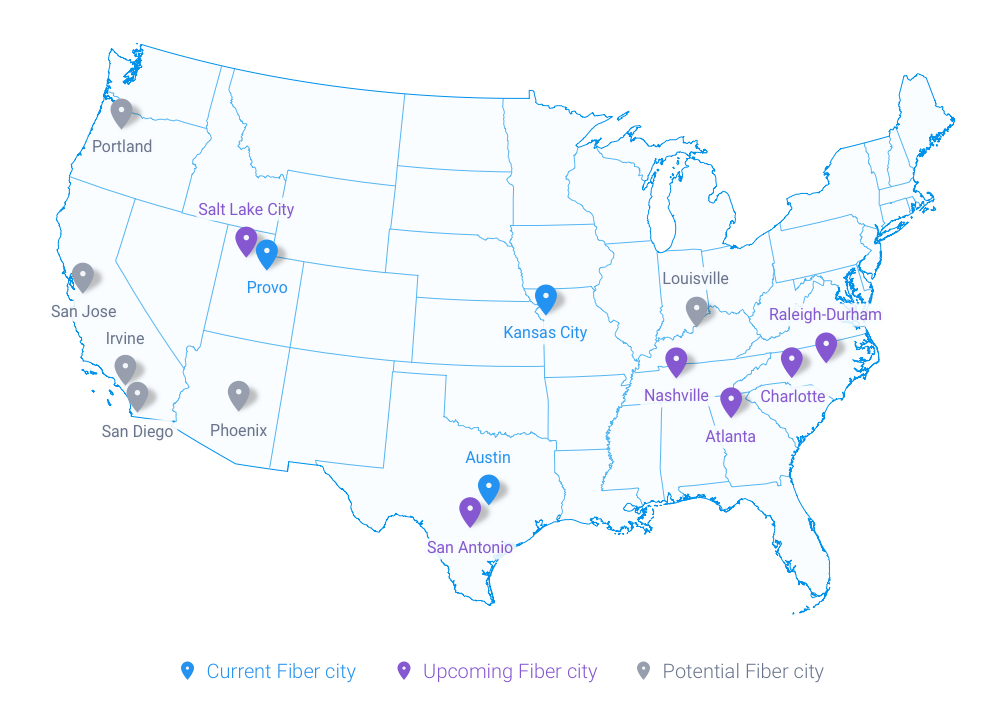 For those last six cities, nothing is set in stone. Google still has to complete the planning process and determine if they can become a Google Fiber city.

“Every city is different and will move on a unique timeline, so we’ll keep in touch with residents about our progress along the way,” Jill Szuchmacher, Google Fiber expansion director, said today. “It’s clear that Irvine, Louisville, and San Diego have strong leaders at city hall who are passionate about bringing fiber to their communities and making the Internet more accessible for everyone.”

She added, “Regardless of whether Google Fiber comes to the region, this process gives cities a head start in welcoming any gigabit provider to the area.” Slowly but surely, Google’s fiber pitch is transforming from “this is an experimental project” to “gigabit broadband is the future.”