Years ago, it was probably easier for a developer to create a game: you just had to worry about building for game consoles — yes, you did have to deal with how it would play on the Nintendo, Sony Playstation, Microsoft Xbox, and maybe even the Sega Genesis and PC. But fast forward to today and it’s a much different world. How can developers find sanity in this complex environment?

Like a superhero, Heroic Labs arrives to save the day — or at least it certainly hopes it can give it a worthy shot. The Y Combinator-backed company is launching today with the belief it can be the Amazon Web Services (AWS) for game developers, helping them to not only scale, but also providing them the social functionality that they need to help their apps take off.

The team says that it has analyzed 250 games across various app stores and identified social features that will help developers increase the number of players and maximize a game’s network effect.

If you’re interested in building games that work on Android and iOS devices, as well as on Unity, HTML5, and on Facebook, this company says it can give you multi-platform support. 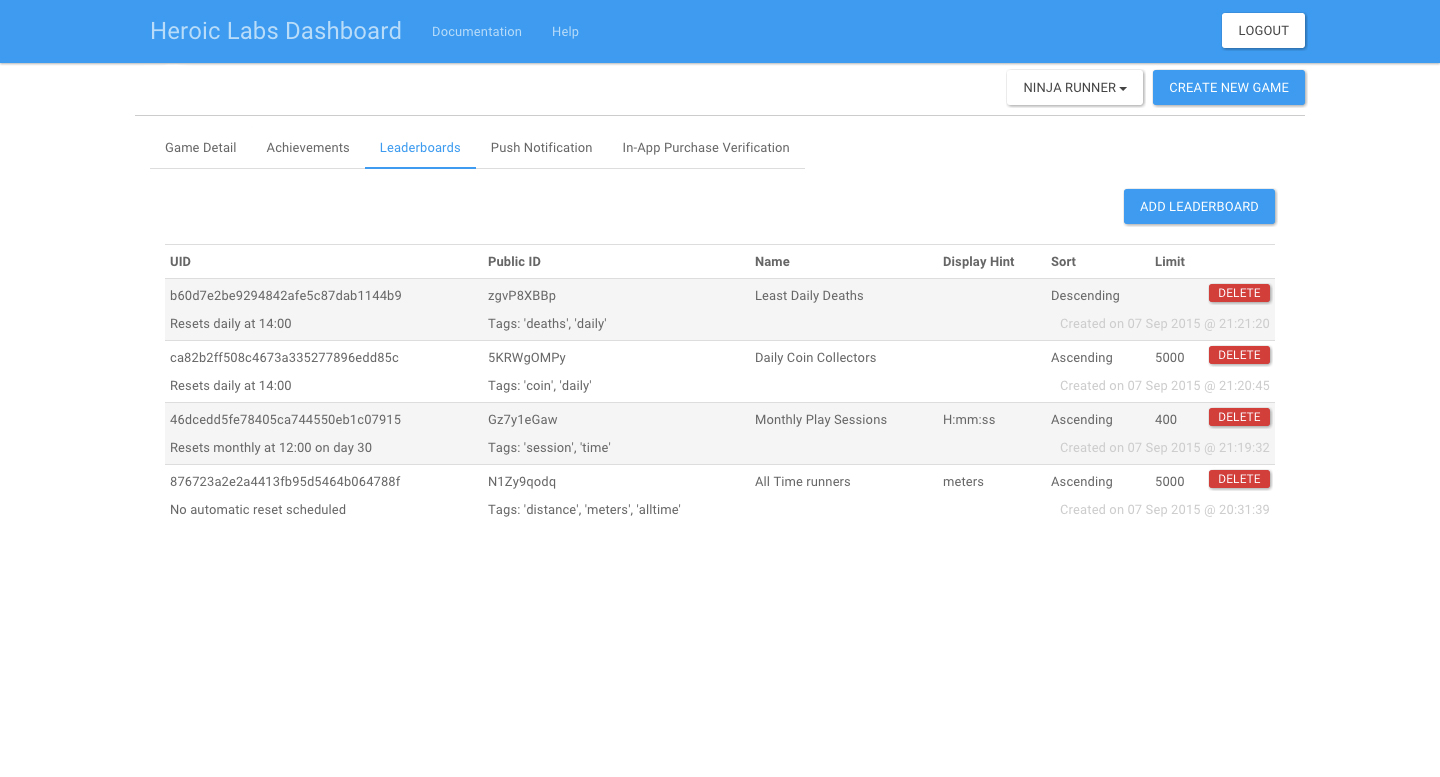 You might think that this is Parse for game developers, but Molozian says that is a bit of a mischaracterization. While Parse is very mobile focused, Heroic Labs specifically designs APIs that will work across any device, from game consoles to mobile devices to web-based games, and even to virtual reality headsets.

Heroic Labs’ long-term goal “is not to just have games that can be built across mobile platforms, but to have developers build games that start on the console, [and then] carry that same game-play experience to mobile and then to other devices and platforms,” Molozian explains.

There are over 500 developers that are using Heroic Labs for their games (all at different stages of development), but are said to be growing “pretty rapidly.” Molozian tells VentureBeat that around 40 are small game studios that are currently building titles for Xbox, Oculus Rift, mobile devices, and a couple of web-based games. There are also enterprise studios using the service with some titles planning to be released in October — Molozian declined to provide specifics.

“Our goal is to hit the bottom-up approach to the market. We want to build a game development community that loves us through a beautiful user experience,” he says.

Game developers interested in using the service can sign up for one of three payment tiers, all dependent on how many monthly active users (MAUs) they have. For up to 10,000 MAUs, it’s free with no feature-gating. After that, you’ll pay a fixed fee of $70 per month for the next 50,000 MAUs. After that, it’s just $0.02 per MAU more for anything beyond 50,000 users.

For the most part, it seems that Heroic Labs is simplifying the development process to maximize exposure and gameplay for developer apps. The end result is to have a game with a single codebase and then deploy it to multiple platforms. And while it may take time to constantly rebuild apps to work on different devices and platforms, now it’s more of a “build once” type approach.

But while this appears nice, it’s not the only game in town (pun slightly intended). It’s competing against the likes of Gamedonia and Playfab for a share of the market.