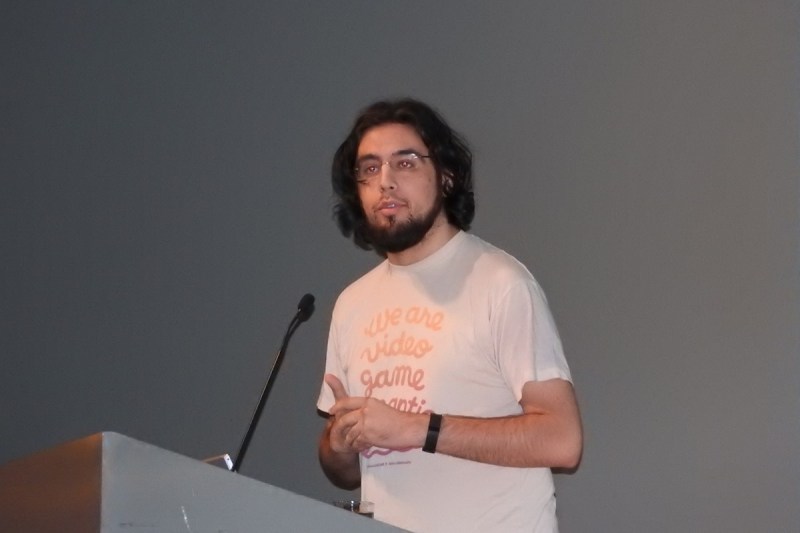 Above: Rami Ismail of Vlambeer talks at the IGDA Leadership Summit.

I remember when Patreon was starting to become a thing. I like a lot of people writing quality content. Some of them were asking, “Hey, can you fund my Patreon?” And I was wondering, as a developer, should I do that? Should I fund a writer? I went to Patreon and said, “Is there any way for me to pledge to someone without them knowing my identity?” So I could support them without creating a conflict of interest. This was a year, two years before Gamergate started.

Everyone in the industry is always talking about these issues and trying to figure out how can do these things better. There always problems, always issues, always things we can fix. Metacritic is a huge one that continues to be an issue in the games industry. I want to talk about those things. Instead what I see is still the same issues, still doxxing, still harassment, still terrible stuff.

I feel like the good thing is, a lot of people who traditionally have sided with Gamergate have caught on to the fact that a lot of it is just nonsense. A lot of it is just anger and fear. A lot of it has been used as a vehicle to win fame for a bunch of people who saw an opportunity to grab an audience. I think a lot of people realize that now. A lot more people try to engage with me as a person, instead of a Gamergater. At that point it’s a lot easier to have a conversation. I desperately want to have conversations, because I think a lot of these people are trying to be good people. They are good people. If I were younger– 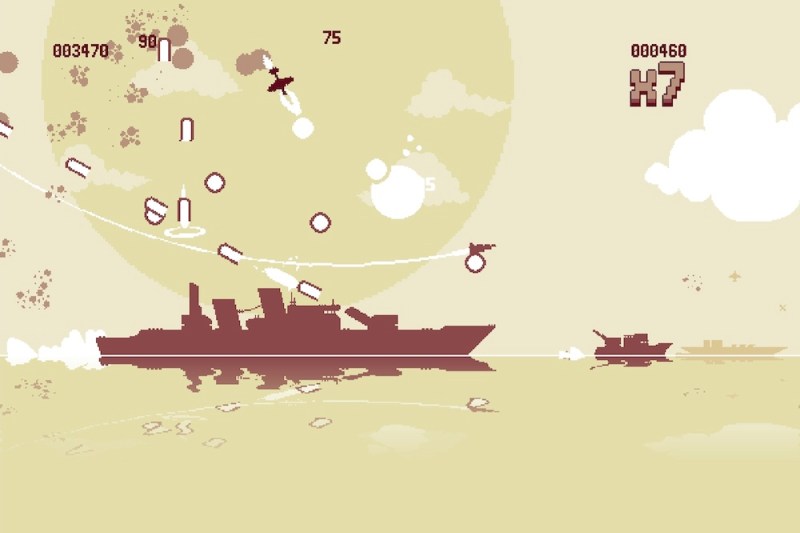 Above: You’re the sole pilot against an increasing wave of threats in Luftrausers.

GamesBeat: It’s that consequence you mentioned, causing a lot of hate to flow at one time.

Ismail: Exactly. If they have concerns about ethics in journalism, there are so many positive ways of addressing that and talking about that. Let’s talk about it. But you see that a lot of the more core figures, they don’t care.

GamesBeat: You’re in this interesting position, being able to talk about it because you’re an indie, and being a core game-maker, which won you respect and credibility as well. And a Muslim, which gives you an interesting perspective on diversity.

Ismail: With Gamergate specifically, it’s a funny thing. The Muslim thing is the thing they always go after. That emphasizes what the core of that movement is really about. It’s not about ethics in journalism. If it is, why would anybody talk to me? I’m not a journalist. I don’t do journalism. I make games. But it has put me in a strange spot. It’s a very privileged spot.

One of the funniest things I keep coming across is people who are really angry that I make games they like, but say stuff they don’t like. People say, “Games shouldn’t be politicized! You shouldn’t talk about politics!” Then they take out their dislike of my personal politics – which are my own – on their appreciation of my work, my games.

The industry is in a pretty good place right now as far as diversity. It’s growing. If you look at E3 this year, you can see things getting better. What drove that home for me is, outrage in feminism is usually a necessity if you’re going to make your voice heard at all about something important. When E3 happened, there was all of E3, and then there was the trailer announcement for the new Hitman game.

Now, in Hitman games women are very often objectified, whether it’s in the environment or the storytelling, because it’s a world that’s dark and gritty and not friendly to women in general. I checked on Twitter to see if there was any anger about this, because I felt—Because of the context of it, because of Microsoft’s press conference only having women protagonists in their marketing for the first 30 minutes of the press conference, it felt more like an outlier. It felt like getting angry about it made less sense to me. I’m not saying that it doesn’t make sense to get angry about it, but the context is so important. I think that context is very slowly changing.

A large part of that, we have to thank all the feminist voices that have gone from obscurity and putting themselves at tremendous risk in their work for the past years to fix this. It’s happening. I always laugh at the idea that Anita Sarkeesian hasn’t changed anything. She started, what, three years ago? This E3, suddenly, you see all of this change in how people talk about things, how people market things. It’s there. Last year was already better, and the year before that. It has an impact. That’s how long it takes to make a video game – about three years. All the stuff that started three years ago is having an impact on the industry now.

I feel hopeful. But then of course we have new issues. Or not new, exactly. We have the issues that have been dormant because there are no good ways for the voices talking about it to reach the mainstream.

GamesBeat: You have Nuclear Throne and you have a lot of other things to talk about. It seems like you’ve found more than one way to lead.

The changes are so gradual. But the changes have happened. It’s not reversible. You can’t go back to a place where games are mostly played by men. The industry has changed. The audience has changed. That’s a very positive thing. I hope that continues in the future.