App developer Tap Tap Tap has released a new version of its popular Camera+ photography app. The best thing about it? It’s free. The app allows users to capture their favorite moments, and then process and share them on their favorite social networks.

Launched in 2010, Camera+ now counts more than 14 million users — though that’s certainly a far cry from Instagram’s 300 million monthly active users. The concept behind the app is to allow anyone to be able to not only capture photos like a professional, but also make post-production edits like the pros. 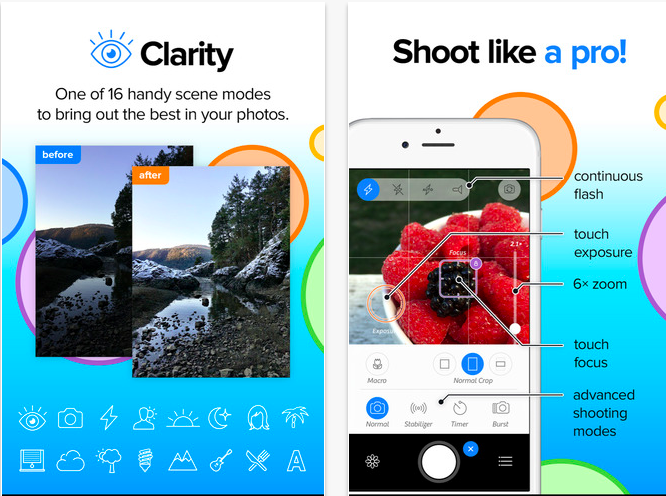 Camera+ cofounder and photographer Lisa Bettany told VentureBeat that the free version of the app will give users most of the capabilities that come with the paid version, specifically when it comes to adjusting the focus, exposure and scene modes. It also comes with up to three free filter packs, and additional packs can be added through in-app purchases, along with other high-end features such as manual shooting and advance editing.

Though the original app has been available for $2.99 in the Apple App Store, the release of a free version stems from a giveaway Tap Tap Tap did with Apple last fall. Bettany said that the promotion resulted in 430,000 downloads of its app, but also ended up “doubling our paid app sales during that period.” This response provided the impetus for the creation of a free version.

If you become a fan of Camera+ after downloading the free app, you can download the paid version and all your preferences should sync up.

Offering a freemium app to attract users makes sense for Tap Tap Tap, especially now that there’s an enormous amount of competition in the space. It’s going up against the likes of Priime, Snapseed, Instagram, Flickr, EyeEm, and many others who are competing over what they believe are the best ways to take, process and present photos.

And the timing is certainly good, following Apple’s announcement on Wednesday of a new iPhone with a 12-megapixel camera — now you can take even better photos, so why not have a “professional” app at your disposal?

Bettany said that her team doesn’t have plans to bring Camera+ (free or paid) to platforms like Android or Windows Phone devices. “We have enough on our plate with the iPhone and iPad versions,” she said. However, the app is available on all iOS devices, including the Apple Watch.

You can download the free version of Camera+ here.