Sony, Microsoft, and Nintendo can all breathe a sigh of relief. Apple had the living room video game console makers in its gun sights, but it didn’t pull the trigger. True to Steve Jobs’ legendary disdain for games, Apple stopped short of fully endorsing games on its new Apple TV product, and it didn’t load the machine up with features that would have disrupted the business of the game consoles.

Apple has typically reached for broader audiences with its living-room device, rather than target gamers. But for the first time, Apple is making a full app store easily accessible on the new Apple TV, which will start selling in October. The company highlighted its ability to display photos, run videos, play music, execute apps, and play games. The Wii-like motion-sensing Siri Remote just might enable new casual game experiences on Apple TV. But I don’t see hardcore gamers using it, and they’re the ones who spend money on hardware.

For sure, Apple TV will play cool games like the exclusives announced on Wednesday at Apple’s press event, such as a multiplayer version of Crossy Road, and Harmonix’s BeatSports. And the price will be right, with lots of free-to-play content available on the Apple TV compared to $60 console games. But this machine could have been so much more. I suspect this is why Electronic Arts didn’t get up on stage with Apple, and it’s why Activision Blizzard only made mention of a few games on the platform. 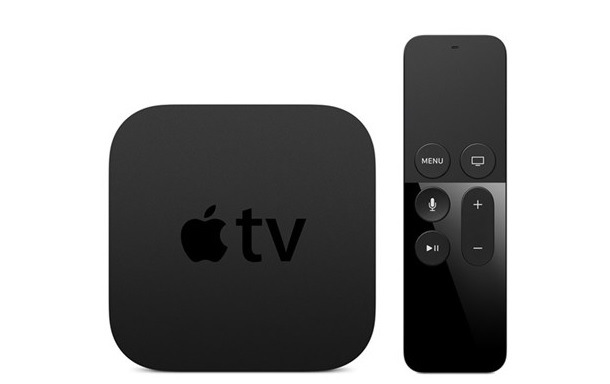 Above: Apple TV with Siri Remote

Admittedly, I didn’t have the best view of the proceedings, nor did I get a hands-on look at Apple TV. I was sitting on the grass outside the Bill Graham Civic Auditorium, and then watching the webcast at a nearby Starbucks. VentureBeat’s Mark Sullivan was inside, and after a wait he got a little hands-on time with the devices. I begged to get in and even drove 50 miles to ask in person. They turned me down. Based on my opinion in this column, they were probably right to do so. But I’ll try not to hold this against them.

First, I’ll note that mobile gaming is progressing faster than I’ve ever expected, with advances in everything from high-end graphics to multiplayer. That’s inspiring console game developers to dive into mobile. Mobile games like nWay’s upcoming ChronoBlade could look outstanding on a TV.

Greg Goodrich, head of game studio Pound Sand and former head of EA’s Danger Close studio, has started showing off his Apple TV exclusive game, Fantastic Plastic Squad. The third-person shooter game is in test markets now on iOS, but it will take advantage of the new hardware in Apple TV. You can use your thumb and fingers with the Apple TV’s remote to control your forces and maneuver.

“It’s reimaginged for the device, with its own control scheme,” Goodrich said.

Developers like Goodrich are fascinated by the possibilities of Apple TV. And he’s not alone.

Jeff Smith, chief executive of music app maker Smule, was confident in his assessment that Apple TV will win. He figures the box is good enough, like a modern microconsole.

“With Apple TV, we feel like our addressable market just doubled in size,” Smith said in an interview with GamesBeat. “I think it is really bad news for the existing console makers. It’s good news for developers because it lowers the barrier to entry. We don’t have to play all these games to get onto the console platform, and get past curation and deal with their platforms. It’s more of an open platform, and that means there will be a lot more developers. I think it’s good news for the consumer.”

But I think it’s a stretch to argue that casual gamers alone will make gaming on Apple TV successful. And so far, Apple hasn’t shown off the quality that hardcore gamers expect.

The advantages of open development and self-publishing, as we’ve seen in the bloodbath in the mobile game market, are also disadvantages for developers trying to build sustainable businesses. It’s hard to get discovered in a free-to-play, self-published app store. And for anyone that complains about the console business model, Apple’s 30-percent royalty is also a pretty onerous burden on developers.

Apple left a lot of goodies out of the new Apple TV, presumably to hit its target of a $150 to $200 price. The box uses an older processor, the A8X, rather than the brand new Apple A9X processor. There’s no cloud gaming. There’s no persistent local storage for apps on Apple TV, and so apps are limited to 200 megabytes in size. By comparison, a Blu-ray disc for a console game has 25 gigabytes of storage, or 125 times more than an Apple TV app. Grand Theft Auto San Andreas, which takes up 1.6 gigabytes in its iOS version, won’t likely run on Apple TV. And yes, who would want to play the app on the TV, when you can play the console versions of Grand Theft Auto instead? 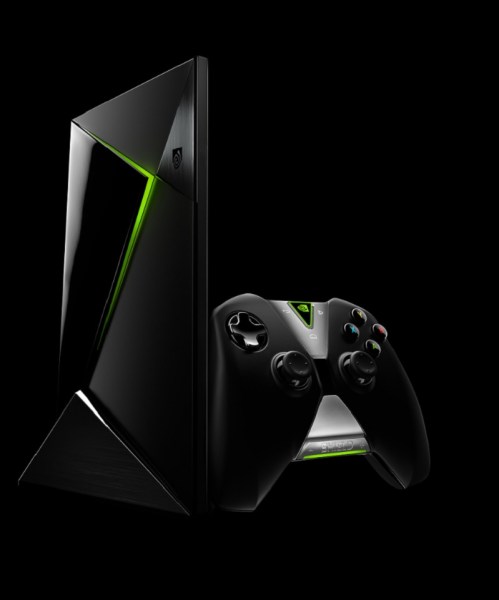 By comparison, Nvidia’s Shield set-top box is an example of a flagship Android TV box that is loaded with gaming features. It has a Tegra X1 processor with triple the performance of Apple’s chip, according to Nvidia. It has the ability to stream high-end games such as Dying Light via the cloud-based Nvidia Grid, a full app store and a mini-store with curated games, and the ability to display 4K graphics. The Shield may also lose out to the game consoles, but it has a better chance of resonating with gamers than Apple TV does.

The Shield also has a better gamepad-style controller. It connects via WiFi networking, rather than Bluetooth 4.0, so it can support fast-action games such as the upcoming Street Fighter V. Matt Luebbling, general manager of Shield at Nvidia, thinks that is a big differentiator. Apple TV, by contrast, supports MFi (made for iPhone) controllers from third parties. Those controllers connect via Bluetooth, and Apple executives didn’t even bother to mention this fact during their press event. The point is there is so much competition for Apple TV, it doesn’t have much room to maneuver. It may not even win the set-top battle, let alone a battle with disc-based game consoles.

Apple TV’s different operating system and different control systems — such as Siri Remote or a Bluetooth controller or a touchscreen — will fragment the developer community. Some players will play games with some of these input systems, and developers will make games that take advantage of one of those input systems, but probably not all three. The Crossy Road game from Hipster Whale was modified to use the Siri Remote. But that fragmented effort will be costly for developers, and it will result in a lower install base for developers to target.

One of Apple’s big supporters identified this problem. Kristian Segerstrale, chief operating officer at Super Evil Megacorp, is one of the hardcore believers in mobile gaming. His company’s Vainglory multiplayer online battle arena (MOBA) game is one of the titles that pushes the limits of performance on iOS devices. But at the Esports Conference in San Francisco on Thursday, he didn’t say whether Vainglory would be altered to support play with Bluetooth controllers. Right now, it’s a touchscreen game, and, for esports, it wouldn’t make sense to enable players on Bluetooth controllers to battle against players with touchscreens. 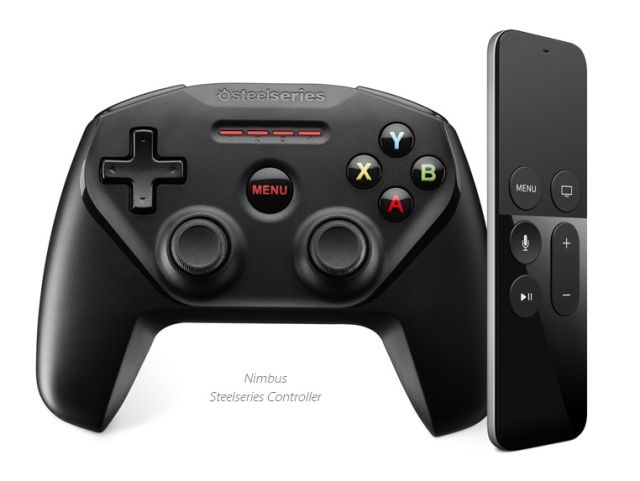 Apple, of course, has the marketing budget to spend against the game consoles, if it wishes. It may very well convince millions of people that it is good enough for games. But its closest cousin in game consoles is the Nintendo Wii U, and that system has lost the latest console war.

Some people will buy the Apple TV box and play games on it just because it carries the Apple brand. There are plenty of fans embedded deep inside the Apple ecosystem. This machine is also much more like a modern “microconsole” than past Apple TVs. But microconsoles — like Ouya to Bluestacks — have had a hard time getting traction. They’re in an in-between space where consumers don’t get very excited. On the high end are the game consoles and the PC, and on the low end are tablets and smartphones. Microconsoles that simply shift an experience to from mobile devices to the living room have failed.

If Apple improves Apple TV and comes out with another one next year that targets gamers, it might once again get Microsoft and Sony in its gun sights. But hopefully, the game console makers won’t be standing still like deer waiting to be slaughtered.