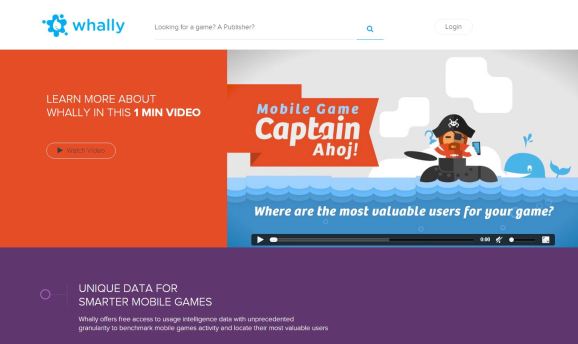 Mobile analytics is all about downloads and app store ranks. One startup feels this focus misses something key — player engagement. And it has a novel way to measure it.

Whally today launched a new platform that tracks and analyzes publicly posted scores across more than 190,000 iOS games. It’s offering a new way of looking at player engagement in the mobile game industry — worth $30 billion in 2015, according to research firm Newzoo — analysis of which is more usually based on number of downloads and revenue figures.

VB Insight analyst Stewart Rogers noted that he couldn’t find anyone doing this nor locate any support data to back it. But he notes it’s an intriguing concept, although he does bring up a concern.

“Tracking scores is certainly a unique, interesting way to assess engagement and discover high-value users. High scores themselves, however, don’t tell the whole story,” Rogers said “I may have a high score because I’m good, or persistent. Or I may have a good score because I’ve spent a lot of money. Advertising and engagements to those different types of gamer need to be different — asking me to spend more when I already spend a lot might turn me off.”

The Paris-based company has also secured a seed funding round led by London Venture Partners, a venture capital firm that specializes in online, social, mobile and tablet games.

“Mobile gaming market intelligence has been dominated by app store ranking and number of installs or downloads,” said Whally cofounder Fred Thuard in a statement. “As the market is getting more and more competitive, benchmarking a game, building a monetization strategy, or acquiring users at high costs are getting more and more scientific. So we figured out that public data on scoring are a serious way to understand player engagement and track user behavior daily.”

Whally claims that its unusual approach to analytics — based on tracking the daily scores of nearly 380 million iOS players across 12 countries — will help mobile companies compare games and locate their most valuable users.

Paul Heydon, a partner at London Venture Partners and a Whally board member, says that Whally has the right strategy to disrupt mobile game intelligence.

“We expect the Whally platform to bring transparency in the market by setting mobile game usage as the new currency on game performance,” said Heydon.