Facebook founder Mark Zuckerberg is known to be championing a push into education, and now so is Laurene Powell Jobs, wife of the late Apple founder Steve Jobs, according to The New York Times.

“The [education] system was created for the work force we needed 100 years ago,” she told the Times in an interview Friday. “Things are not working the way we want it to be working. We’ve seen a lot of incremental changes over the last several years, but we’re saying, ‘Start from scratch.'”

“There is a huge gap between what students want for their future and what their schools are offering. Once you have liberation from a system that was designed for the beginning of the century, there’s nobody to blame,” she added.

For the campaign known as XQ: The Super School Project, Jobs has managed to pull together some intellectual muscle as she seeks to crowdsource new ideas on education. The face of the campaign will be Russlynn H. Ali, a former assistant secretary for civil rights in Obama’s education department.

Two other key members include Michele Cahill (previously a senior adviser to then-New York City schools chancellor Joel I. Klein) in a research position, and Keith Yamashita as a consultant (bringing his experience at companies like Apple, IBM, and General Electric). 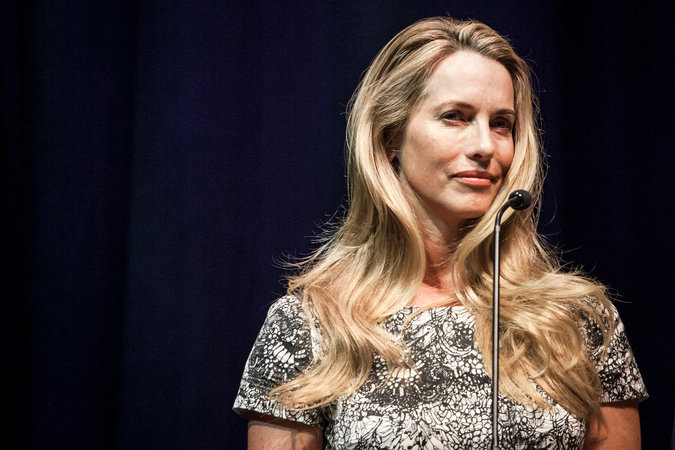 “We want to make high schools back into the great equalizers they were meant to be,” Ali told the Times. “The point is not to have some predetermined outcome. The hunger for change is real, and we’re offering up the tools to communities to make it happen.”

School schedules, curricula, and technologies are expected to be the campaign’s three core areas of focus, the report said, with funding from the $50 million pot allocated by judges in fall 2016 for the best ideas.

This is not Jobs’ first foray into education. The Times notes that she has for years financed a program called College Track to help low-income students get into college. But this certainly seems a new and quite separate push.

It’s also worth noting that Zuckerberg and Jobs are not the only super-rich individuals with links to famous tech companies that are trying to upgrade what they see as a horribly outdated education system. Microsoft founder Bill Gates and his wife have also been contributing to education through the Bill & Melinda Gates Foundation.

The Times notes that Emerson Collective, a philanthropic group financed by Jobs, is behind the XQ project.