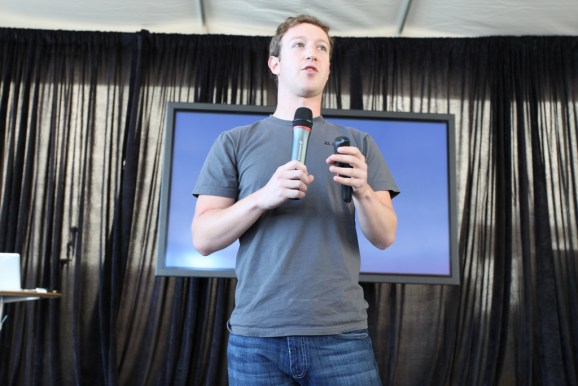 Facebook chief executive Mark Zuckerberg has been known to hold town hall-style Q&As, but later this month, he’ll hold one with a special guest: India’s Prime Minister Narendra Modi. The country’s 15th prime minster and leader of the world’s third-largest economy will chat with Zuckerberg about social and economic challenges on September 27, and Zuckerberg is encouraging users to submit questions.

Answering questions from the social network’s 1.49 billion monthly active users isn’t new for Zuckerberg. It is the second town hall event he’ll be doing this month — this Tuesday he’s hosting one in which the questions will be entirely about Facebook. Nor will the event with the Prime Minister be his first Q&A with a world leader.

In 2010, former president George W. Bush did a town hall on Facebook to promote his book “Decision Points.” A year later, Zuckerberg was joined at Facebook headquarters in Menlo Park, California by President Barack Obama to “connect with Americans across the country.”

With Prime Minister Modi, the focus won’t be on books, but instead on the challenges faced by India and how the world can collaborate to face these problems together. Scoring points with one of the most populous countries might also be a motive for Zuckerberg, especially as Facebook continues to push its Internet.org initiative. It’s possible that Zuckerberg will press not only Prime Minister Modi, but his constituents as well, to convince them that the Internet.org initiative will benefit India by connecting millions of people with the rest of the world.

Facebook’s CEO has touted the economic and social potential of the Internet in the past, saying:

The internet is one of the most powerful tools for economic and social progress. It gives people access to jobs, knowledge and opportunities. It gives voice to the voiceless in our society, and it connects people with vital resources for health and education.

But not everyone in India is a fan of Internet.org — many have criticized it in the past for not adhering to net neutrality principles. The country’s telecom companies have complained to their regulators that messaging services like WhatsApp and other new communication platforms are competing with services provided by traditional telecom firms, but aren’t subject to the same regulations. The incumbents assert that Facebook’s Internet.org has an unfair advantage over competing services and can be picky about which websites and applications are served up to users.

Zuckerberg fought back against those claims and defended zero-rating, saying:

We fully support net neutrality. We want to keep the internet open. Net neutrality ensures network operators don’t discriminate by limiting access to services you want to use. It’s an essential part of the open internet, and we are fully committed to it.

But net neutrality is not in conflict with working to get more people connected. These two principles — universal connectivity and net neutrality — can and must coexist.

To give more people access to the internet, it is useful to offer some service for free. If someone can’t afford to pay for connectivity, it is always better to have some access than none at all.

Internet.org doesn’t block or throttle any other services or create fast lanes — and it never will. We’re open for all mobile operators and we’re not stopping anyone from joining. We want as many internet providers to join so as many people as possible can be connected.

In terms of its 1.49 billion monthly active users, the Asia-Pacific region continues to be one of the two biggest expanding markets for Facebook, growing nearly 19 percent last year from 410 million in Q2 2014 to 496 million in Q2 2015. There’s still potential for more users.

Previewing some of the top questions on Zuckerberg’s Facebook post, this event is going to cover a wide array of topics. Some have asked about Prime Minister Modi’s support for the agricultural community, multiple others are seeking comment from the Prime Minister about elimination of the country’s caste system, which they believe negatively impacts both the economy and the society. At least one user has questioned Facebook’s ability to partner with India’s telecom companies (!). Questions have been posed to Zuckerberg directly, asking about how the social network can be integrated with India’s government to help advance information technology and connect more people to their leaders.