This article may contain spoilers for Until Dawn.

Read+Watch+Listen is about other material you might want to check out if you’re just not ready to move on. We’ll suggest media that share something in common with a particular game and tell you why it might be of interest. Now that you’ve survived the horror and saved — or killed — every character, we’re continuing the all-nighter with Until Dawn (which we quite liked), out now for PlayStation 4.

If you couldn’t get enough of: Cannibalism and the spirit of the Wendigo.

Late director Antonia Bird’s 1999 film stars Guy Pearce as the commander of a remote outpost in Sierra Nevada during the Civil War. A stranger (Robert Carlyle) arrives with a gruesome story about the fate of his wagon train, lost in the mountains and low on food, and things basically escalate from there.

This version of the Wendigo legend isn’t as monstrous as the one in Until Dawn; possession doesn’t turn you into a hideous, Gollum-esque beast. It does, however, give you superpowers at the cost of making human flesh the only thing you can eat. So it doesn’t really sound so bad in this movie, really. Sure, the whole cannibalism thing is a drag, but all they do is eat ’90s-era David Arquette, which was more or less a victimless crime.

Above: I think this film is also a metaphor for Western expansion, like settlers were “devouring” the country or something?
I dunno; it’s a movie about eating people.

‘From Dusk Till Dawn’

If you couldn’t get enough of: The feeling of “What? Monsters?”

You can watch the original, 1996 film from director Robert Rodriguez and writer/costar Quentin Tarantino, or you can skip to the also-great TV series that is currently in its second season, but you’ll reach the same place.

The story starts out with dangerous criminals Richard and Seth Gecko on the run from the Texas Rangers. They kidnap a family so that they can stow away with them across the border into Mexico, and once they’re there, they hide out in a trucker bar to wait for Seth’s contact to show up in the morning. And then — surprise! — the bar is full of vampires. 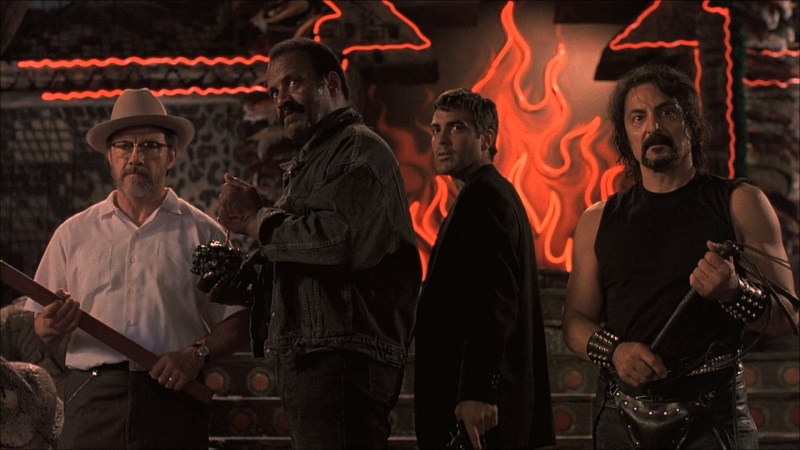 Above: The movie has an improbable cast that includes blaxploitation icon Fred Williamson and makeup-effects legend Tom Savini.

It’s a reveal as abrupt and jarring as the first time that Flamethrower Guy says “Wendigo” in Until Dawn, and the rest of the movie (or first season of the show) is about the surviving patrons trying to hold out until the sun comes up. You know … until dawn.

From Dusk plays the situation more for laughs than all-out horror like the game; it’s really a precursor to Rodriguez and Tarantino’s later collaboration, Grindhouse. So you get gags like weaponized condoms full of holy water and one character ripping out a vampire’s heart with his bare hands and then stabbing it with a pencil (standing in for the traditional wooden stake) to finish the monster off. So don’t expect the serious tone of the game here. But it’s a lot of fun, regardless.

The art of Sam Wolfe Connelly

If you couldn’t get enough of: Just creepy, creepy stuff.

A friend introduced me to Sam Wolfe Connelly’s work after I’d finished Until Dawn, and it really took me back to the shadowy woods and spookiness I’d just spent so much time in.

Connelly is a New York-based artist who creates graphite drawings and oil paintings. It’s really haunting stuff and, like in Until Dawn, much of the emotional impact comes from the use of negative space and the suggestion of things you can’t quite see. It’s really cool work. 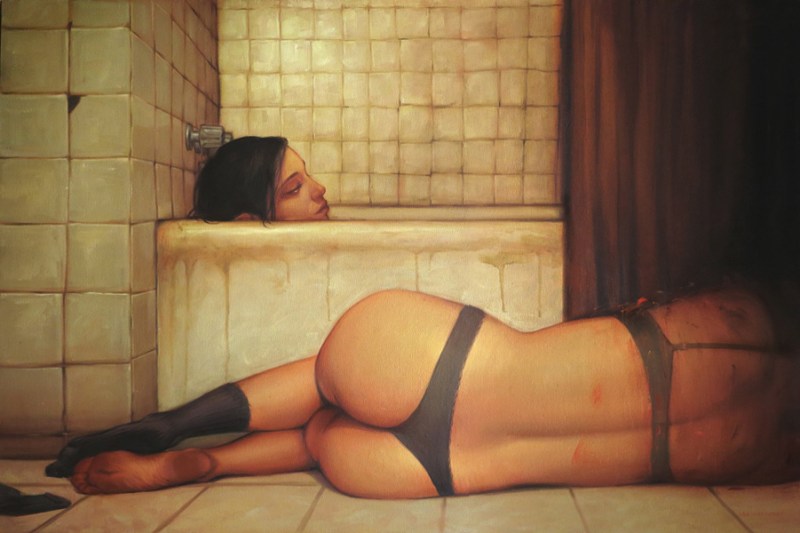 If you couldn’t get enough of: Urban legends. And profiles.

YouTube user CreepsMcPasta typically devotes his channel to narrating scary stories, but he’s recently gotten into more informative territory. His “Urban Legend Profile” series gives you background and information about a variety of creepy monsters in quick and concise videos.

This series does include an entry on Until Dawn’s Wendigo if you’re looking for the more traditional version of that creature, but my favorite so far is the vengeful Japanese ghost Kuchisakke-Onna, a horribly scarred woman who stops potential victims on the street and asks them if they think she’s pretty. You have right and wrong answers to this question, but the best part is that she will not murder you if you tell her that you’re late for an appointment because that would be incredibly rude of her.

I haven’t read, watched, and listened to everything, obviously. Do you have another piece of media that goes with Until Dawn? Feel free to share in the comments. And be sure to check out the other entries in this series here.