Tearaway is almost as charming on PlayStation 4 as it is on the PS Vita. Almost.

Developer Media Molecule’s 3D platformer released for PS4 on September 8. Tearaway Unfolded is the bigger, home console version of its Vita counterpart, which came out in 2013. But the game isn’t just a lazy port. In fact, it’s actually an entirely different experience. Unfolded should be best thought of as a semi-remake.

The environments are bigger, more bustling, and more beautiful. Unfolded has a ton of new levels and makes exceptional use of the PS4’s hardware, including the DualShock 4 controller, just as the original game does with the Vita. At the same time, the alluring papercraft world, simple-but-cute story, and clever platforming make their return. But with all of the new changes, the additional content only hurts the game’s pacing and takes away from the intimacy of the original.

Unfolded is an absolute joy to play. So much of the gameplay revolves around using the DualShock 4 in imaginative ways. I’ve yet to play a game that celebrates the controller’s many peculiarities like Unfolded does. The light bar, touch pad, and gyroscope are constantly the basis for new, engaging mechanics. The light bar can be used as an effective flashlight, a way to melt icy environments and interact with plant life, and a means to confuse those pesky little enemies called Scraps. You can furiously swipe the touch pad to create powerful gusts of wind that will blow enemies away and form new platforms.

The touch pad also celebrates the game’s arts-and-crafts ethos as you can use it to sketch new papercraft objects that inhabit Unfolded’s landscape. These include a dazzling new crown for a theatrical squirrel as well as clouds and snowflakes that quickly and beautifully decorate the world.

Each of these mechanics are definitely given their moment to shine, but Unfolded is at its best when it combines all of these new (and old) control schemes to create satisfyingly challenging sections of platforming that can match even the best of Mario games. I never imagined the light bar or touch pad could be so fun.

Only second to the terrific gameplay is Unfolded’s striking art direction and whimsical world, which feels hand-made. Media Molecule makes this setting seem as though it’s held together by glue. The characters and settings look quirky and peculiar including protagonists Iota and Atoi. (You can choose to play as either of them from the start.) For example, relatively early on in the game, you’ve to climb a snowy mountain. The whole affair looks striking, with paper-like structures and tabs of paper fluttering in the wind, complementing your snow expedition. The PS4’s exceptional horsepower is put to good use as Unfolded’s high resolution, smooth framerate, and expanded levels highlight just how well-realized Media Molecule’s world is. 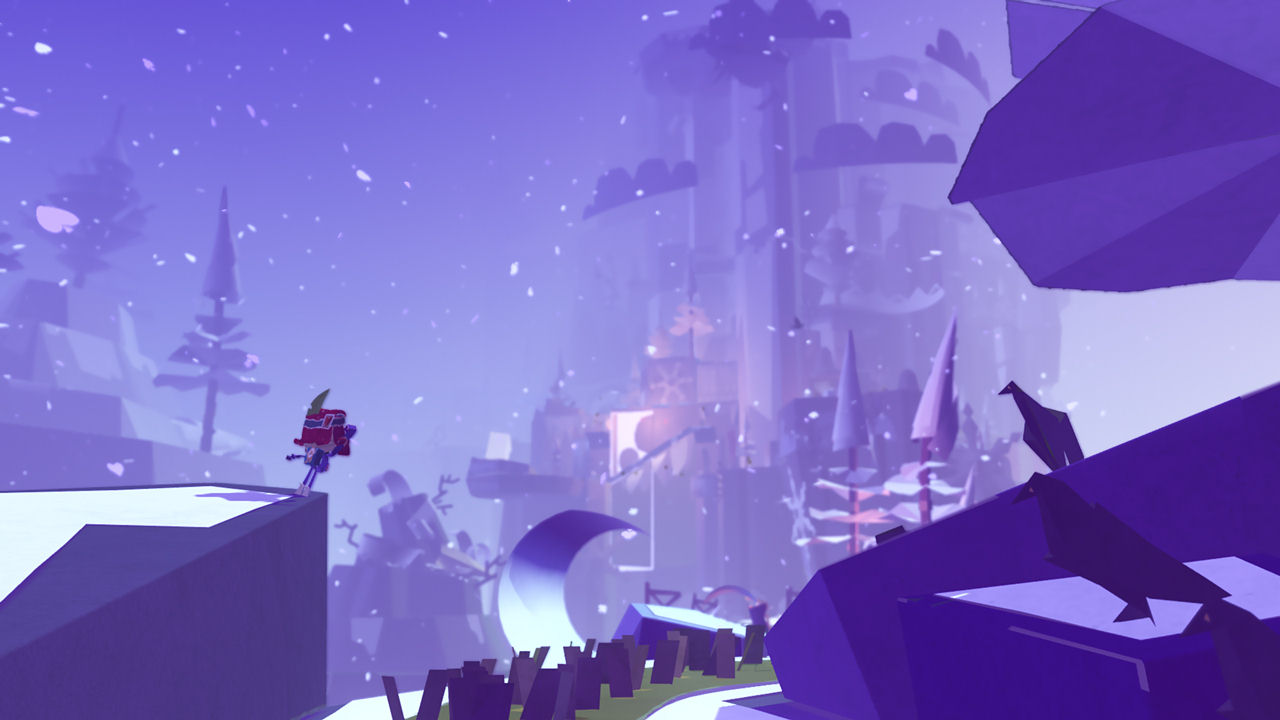 Tearaway Unfolded is a lot longer and bigger than the original due to a number of new levels and a couple of additional story beats. But unfortunately, they aren’t all that great and are painfully outshone by the original core game. I spent so much time completing new levels that severely lacked spark and fun. It’s pretty obvious they were created to help justify the existence of this PS4 version, but they weren’t needed. The introduction of new gameplay mechanics are enough to make Unfolded feel different from the original.

Media Molecule also throws such a large number of Scraps at the player — a lot more than it did in the original — that instead of impressing players, this only frustrates them. I couldn’t wait until these boring combat sections were over with so I could once again do some platforming. All of these new additions ultimately feel like they were shoved in with the original title — forced to be just as good. But they never are. Tearaway is an expertly paced, intimate affair on the Vita, mainly due to its small size. Unfolded, on the other hand, is a lot vaster than it should be.

I also found sketching on the touch pad to be a bit cumbersome. It’s difficult to realize more detailed designs because of it’s limited size. When I wanted to draw a more elaborate crown, I had to make due with something a lot more simpler. My fingers didn’t have enough room on the touch pad to go crazy with detail. This feature is much better suited on the Vita, where you use the handheld’s larger touch screen to draw stuff. It feels more comfortable and natural like that.

Just like Super Mario 64 all those years ago, Tearaway Unfolded is yet another 3D third-person platformer that has a poor camera. While it isn’t as woeful as it is in Nintendo’s game, the camera still gets in the way plenty of times. I died on a number of occasions just because I couldn’t make out where the heck my character was or calculate the proper way to make my jump. What is even more puzzling is that this issue doesn’t exist on the Vita. What went wrong here? 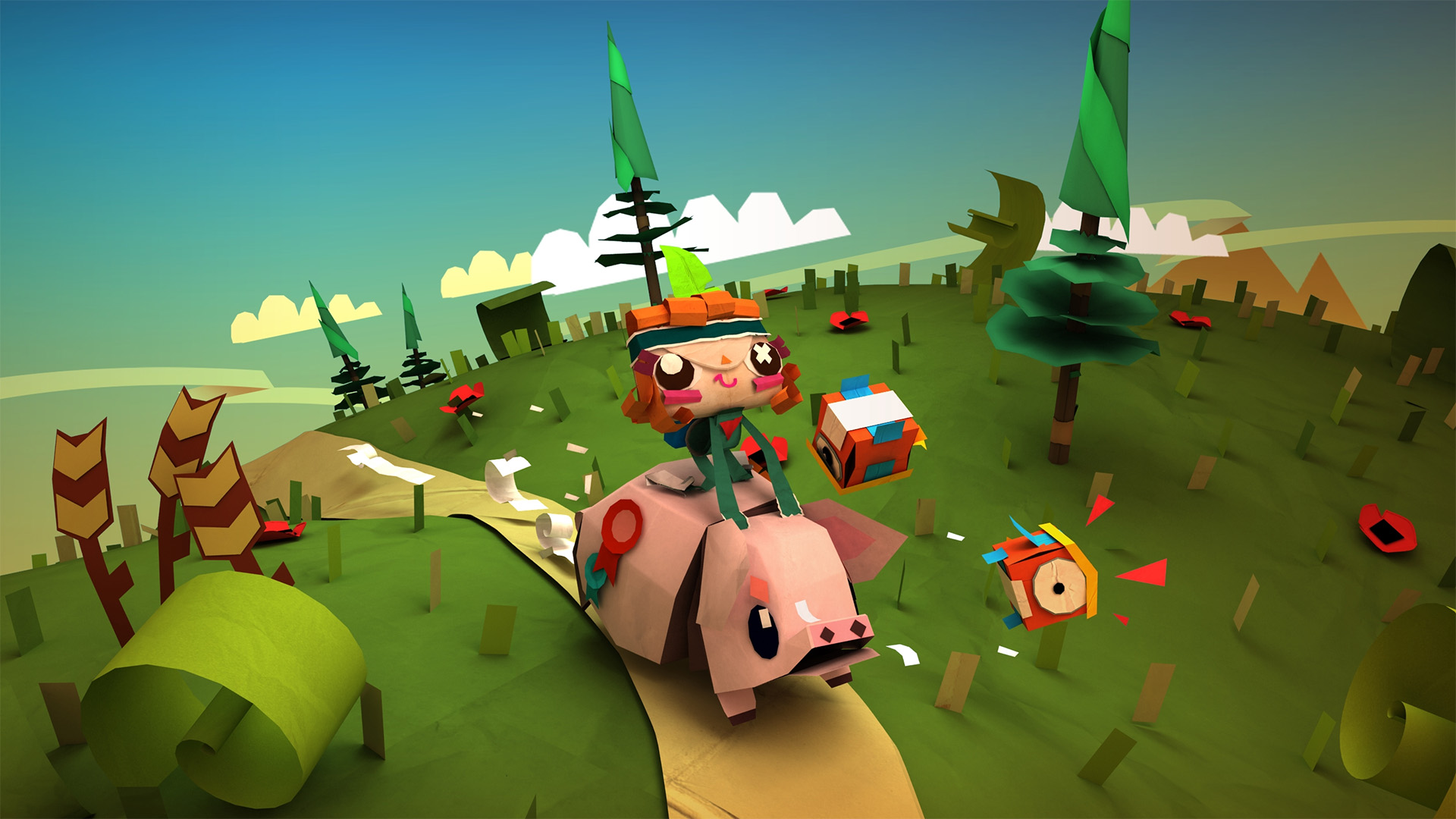 Media Molecule manages to retain a fair amount of the original game’s charm in the much expanded Tearaway Unfolded. You’ll find plenty of joy in Unfolded’s gorgeous world, arts and craft, and fun gameplay. It’s also the first game to realize the full potential of the DualShock 4. But the poor camera, lackluster new levels and story beats, and overall larger size of Unfolded makes it a lesser experience than it is on the Vita. It’s a semi-remake that fails to match all the charm of the original.

Tearaway Unfolded is now available for PlayStation 4. Sony provided GamesBeat with a review copy of the game for the purposes of this review.